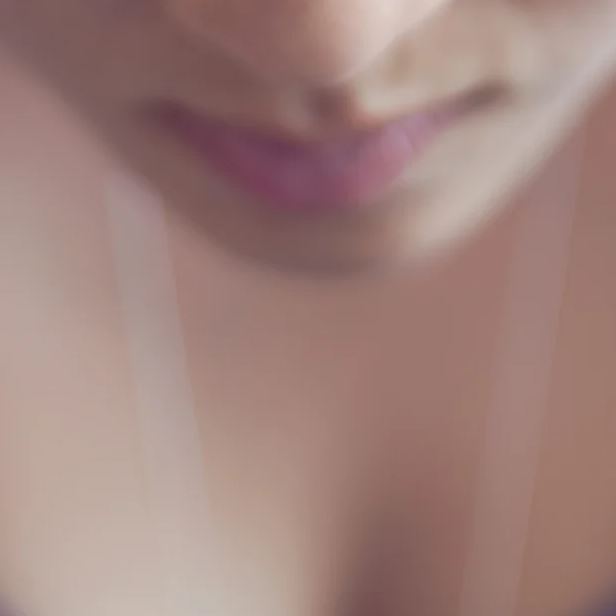 Why your sense of smell is more important than you think

Our ability to smell is perhaps the most underrated of our senses. Or it was, until the COVID-19 pandemic led researchers to a greater understanding of what the nose knows.

Ihave always been hypersensitive to smells, able to tell when my children have been in a smoky room, quick to identify fragrances worn by others and inordinately disturbed by lingering cooking odours in the house. My visual memory is deeply wired to smell and some of the most important moments in my life – both happy and sad – are indelibly interlinked with
olfactory experiences. I still associate the fleeting childhood anxiety associated with my mother preparing to go out for an evening heralded by a spritz of a particular Christian Dior perfume. And most of us who have become parents ourselves share the universal joy of the immediately familiar scent of our newborn’s head.

On March 27, 2020, when I was struck by COVID-19 and forced to revalue the role of smell in my life, I realised, too, that I often referred to olfactory impressions in my work as a foreign correspondent for The Sydney Morning Herald and The Age.

During one particularly hot summer just before the 2011 Arab Spring, I’d spent a week with the Italian coastguard patrolling the seas between Libya and the tiny rocky island of Lampedusa, the closest landfall to Italy. More and more people were risking their lives to flee Africa by sea in a bid to forge new lives in Europe, and while I witnessed several, frightening mid-sea rescues, one in particular had remained with me. My story opened with the overwhelming “stench of fear mingled with acrid sweat” as scores of terrified young men were hauled from a rapidly sinking fishing boat onto the safety of the coastguard’s launch.

Hiking the foothills of the Himalayas to document the work of an ophthalmic surgeon who removed cataracts to return sight to blind villagers in remote Nepalese villages, it was the bitter smell of antiseptic wiped around patients’ eyes that remained with me. Similarly, in Kathmandu’s Pashupatinath Temple, Nepal’s oldest Hindu site, the pungent, oily smoke from the human funeral pyres, and the morbid beauty of the stinking swirl around them, struck me even more than the sound of raw grief lancing the silence.

Now, locked down at home in London, I could smell nothing of my domestic world, which made life feel alien and flat. In normal times, walking the dog each day was a stop-start affair because I revelled in slowing down and inhaling the smell of the outdoors, whether it was freshly mown grass, the heady scent of cherry blossoms, new eruptions of daffodils or the first sprigs of climbing jasmine. Flowers without scent felt like a cruel mockery, their beauty visible but lacking the dimension I love most.

It felt wrong to complain when so many were critically ill or dying but the few pleasures left during that first, terrible London lockdown – food, booze, the outdoors – had lost their joy. At the dinner table, red wine tasted like salty water, white wine like a mild, odourless vinegar. My favourite aperitif, gin, was barely perceptible in the overwhelming, cloying sweetness of the tonic. Steak felt like biting into a slab of flabby leather, chicken a horrifying, bony, rubber, while dark chocolate, my favourite, felt like biting into unscented soap.

I had been reporting the arrival of COVID in northern Italy and had heard anecdotal stories from doctors in Lombardy reporting loss of smell among patients, but when I called my own GP, the suggestion of a link was imperiously dismissed. Months later, I would learn that a global surge in search engine requests for “loss of smell” by patients desperate for information occurred then and this, combined with Twitter and other social media discussion about the strange and sudden syndrome, had also galvanised olfactory researchers from the UK to Germany, Iran and South Korea to the US and Australia.

I would become overwhelmed by a phantom smell, usually firewood and smoke or a chemical stench like burning rubber.

Within weeks, chemosensory and olfactory scientists had recognised the sheer scale of the anosmia epidemic and its potential for research, joining forces with patients and their advocates in an unprecedented global collaboration to unlock the mysteries of the fifth sense.

I decided to follow in their footsteps and learn exactly how we humans taste and smell. I learnt that our tongue perceives five basic tastes – salt, sweet, sour, bitter, umami (savoury) – but that the perception of flavours comes thanks to our nose. When we chew a food, odour molecules are released and pushed into the back of the throat and into the nose. As that delicious lemon tart is ground down, the zingy citrus smells mix with the sweet, buttery pastry molecules and this symphony of odours is shunted upward for processing by the olfactory receptors and brain.

Smell and taste are, of course, inextricably linked, yet they are also the least understood of our senses. Our sensory reading of the world is the product of layers of learning and association, which then work hand in hand with a series of intricate neurological responses. Naturally, we imagine our senses working together, a harmony between sight, hearing, touch and smell, even though we may not be generally aware of the process. But when you put your nose to something to smell it and, suddenly, the resulting sensation bears no relationship to what you expected, the effect is not only startling but jolts you to a conscious awareness of a disrupted sense and outside world.

I was elated when, around the sixth month after infection, my sense of smell began to return, at times fleeting and often barely perceptible. But then I began to notice strange disruptions. I would become overwhelmed by a phantom smell, usually firewood and smoke or a chemical stench like burning rubber, and learn that these olfactory disturbances are known to clinicians as parosmia (when existing smells are distorted) and phantosmia (when you experience smells that aren’t there).

While these can occur in the wake of viral illness such as flu or colds, or traumatic brain injury, before COVID they were relatively rare, little understood and usually the province of ear and nose specialists.

I was lucky because later, my nose perceived an odd, sweet baking smell even in things from which you would normally recoil, like a dog poo bag. Hundreds and thousands of others have not been as fortunate: their food, coffee, even tap water haunted by overpowering smells of sewage or rotting garbage. It would be many months before a flavour scientist and professor of philosophy would combine their knowledge to explain to me how and why recovering from anosmia can throw you into confusion between fair and foul.

The unimaginable speed and collaborative nature of the scientific effort needed to develop a vaccine and inoculate entire nations has already been likened to the Apollo moon missions and will be seen as one of modern history’s greatest medical and scientific achievements.

But I discovered that behind this enormous accomplishment lay another equally exciting medical detective story, one that saw an eclectic group of researchers – among them chemosensory scientists and clinicians, philosophers and psychologists, anosmia sufferers and their advocates – band together, set aside rivalries and explore and unveil some of the greatest mysteries surrounding the sense of smell.

Italk to my parents in Sydney most weekends and our chats helped break the boredom of the long lockdowns in London at a time when Australians still had their freedoms, thanks to early and tough border closures. It was only then that I learned that my father, Paolo, had lost his sense of smell many years before and, with hindsight, thought it had disappeared a good decade before he received a diagnosis of Parkinson’s disease. At the time, this ignited a new anxiety for me, so when my olfactory system began to recover a few months later, every fragrance that returned amplified my sense of relief and gratitude.

The realisation that my father’s olfactory loss had not been seen as a medical red flag at the time bothered me a little, too. In my journey to understand the human olfactory system, I’d read some indisputable research on the prevalence of smell loss in Parkinsonism: more than 95 per cent of patients report it before any other symptoms, often many years in advance of being diagnosed.

That early, unheeded note of warning from his nose only served as another stark reminder to me that our sense of smell has been dangerously underrated for too long.

My father’s disease has been managed very well for many years: he himself often says how grateful he is for the neurological care he has received. But that early, unheeded note of warning from his nose only served as another stark reminder to me that our sense of smell has been dangerously underrated – and even cruelly mistrusted – for too long.

The implications of anosmia are vast. Not only does the sense of smell create scaffolding for fundamental chemosensory learning and communication between humans almost from conception, but it continues to influence our emotional and psychological well-being throughout our lives. Its disappearance is linked with depression, can impact our relationships and can occasionally have sinister origins: Parkinson’s is not the only neurodegenerative disease associated with this symptom. Many multiple sclerosis patients suffer smell and taste loss, and it is an important early marker for patients suffering Alzheimer’s and dementia.

It thus seems a no-brainer – pardon the pun – that smell testing should be incorporated into routine health checks as part of a measure of overall physiological and emotional well-being, just as liver function, blood sugars and blood pressure, among others, are tested as part of preventative health policies for those aged 50 and over.

Medical science has astounded us during the pandemic. If there is a silver lining to this terrible chapter in modern human history, it is that it has forced a re-evaluation of our sense of smell, not just for its importance to our quality of life but as a powerful sentinel and hitherto unsung surveillance system that when properly read, can tell us so much about our physical and mental health.

Source: Why your sense of smell is more important than you think