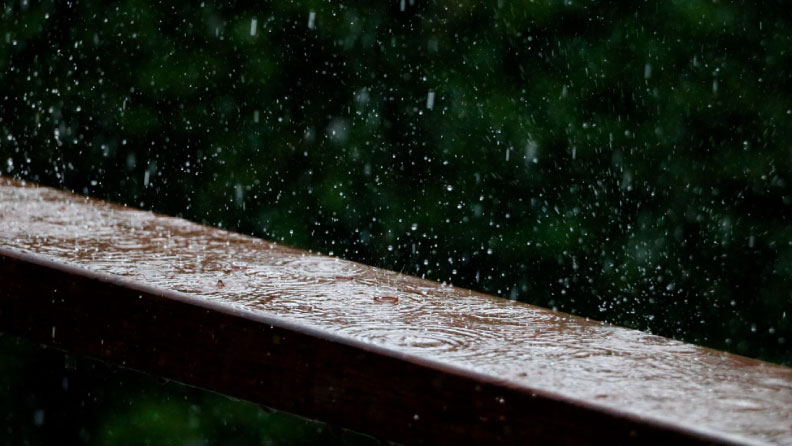 Why We’re Obsessed with Petrichor, the Scent of Rain | Beauty Matter

Scientifically speaking, the scent of rainfall is proven to be extremely pleasurable for humans. So pleasurable, in fact, that an entirely new word was created by two Australian scientists in 1964 to describe this scent—petrichor. Deriving from the Greek words petra (stone) and ichor (blood of the gods), the coinage of the word petrichor is further proof that this preference can be traced throughout evolution. According to Diana Young, an anthropologist at the University of Queensland in Australia, the scent of rain is so comforting because it symbolizes flourishing life.

There are plenty of perfumes promising this unique scent, but how exactly does one bottle the scent of rain?

Mineralogists have determined that the scent comes from compounds in the atmosphere and on surfaces, which is triggered and released by water. This is why the aroma is different from climate to climate. A rainfall in the forest will smell different than in the city. A hot, humid rainfall varies compared to a cold, winter storm.

This makes capturing the scent of rain extremely tricky. Perfumes suggesting the scent of rain often use a combination of earthy or floral blends, but the overall tones can vary. For example, perfumer Christopher Brosius created a scent called Black March which was nostalgic of “raindrops, leaf buds, wet twigs, tree sap, bark, mossy earth, and the faintest hint of spring,” according to Quartz. However, Demeter’s Thunderstorm aims to capture the humidity of a “deep and violent” summer storm.

For humans, it seems that the scent of rainfall is a preference knitted into our DNA—an ancient sign of life.

For the full scoop, go to Quartz.

Source: Why We’re Obsessed with Petrichor, the Scent of Rain

Petrichor: why does rain smell so good? Geosmin

The artful science behind the scent of bottled rain