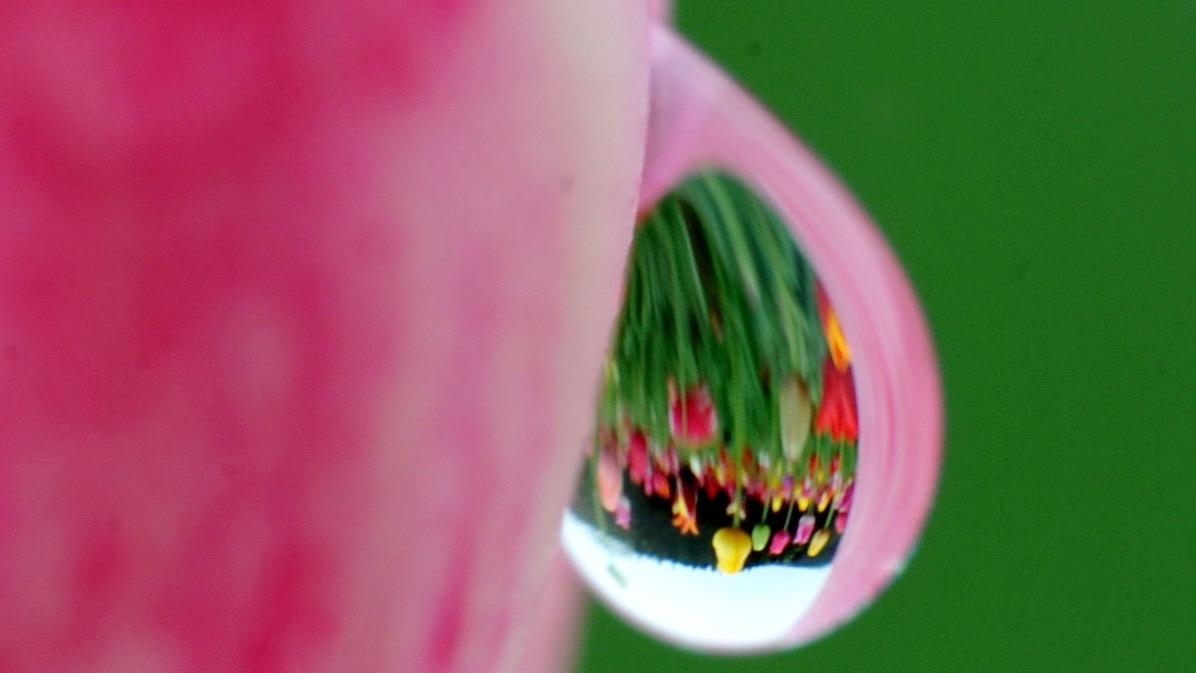 The artful science behind the scent of bottled rain | Quartz

Would that you could inhale the aroma of summer rain falling on a long, hot day in Sarasota, Florida. It smells sweet like grass, earthy like soil, lush, a touch salty, fresh, and green—like relief.

Indeed, anthropologist Diana Young of the University of Queensland in Australia believes that we, and other creatures, evolved to respond positively to the scent of rain as a sign of flourishing life. Young studies the culture of Western Australia’s Pitjantjatjara people, and has observed that they associate the smell of rain with the color green—a visual and olfactory link between aroma and the expectation of growth. She calls this sensual blend “cultural synesthesia,” and says we all share it.

The precise aroma of falling rain differs from place to place, season to season, even from one rainfall to another. The scent of rain has been bottled in India since 1911. It’s called “mitti attar,” or Earth’s perfume, and is made from distilling the essence of monsoon-soaked soil. That scent is different from rain cooling a hot sidewalk in New York City, which is in turn distinct from the drops falling on sand, in a grassy field, a forest, or by the sea. The smell of a storm accompanied by lightning is sightly metallic, for example, as oxygen and nitrogen molecules in the atmosphere combine into nitric oxide, while a gentle rain in the woods is rich and fungal.

Yet the scent of rain, particularly after a long dry spell, is pleasing to all, humans and animals alike, in all the places. And, despite countless variations, it goes by a single name—petrichor.

The blood of gods

The word petrichor was invented by two Australian scientists who introduced it in a 1964 paper on the Nature of Argillaceous Odor (pdf), an investigation into the scent of moistened clay, rock, and sediment. They combined the Greek word for stone, “petra,” and “ichor,” which means “the blood of gods”, to coin a name for the scent of rain.

The mineralogists posited that the scent released by rain isn’t that of water, which itself has no odor, but is actually the aroma of organic compounds accumulated in the atmosphere and on surfaces; these are released when rain falls. The compounds include bacteria called geosmin. These bacteria gives beets their earthy flavor and help make digging up soil in a garden so satisfying and soothing.

Rain also releases aromatic terpenes secreted by plants. Terpenes are hydrocarbons found in the essential oils of plants. They’re what makes a walk in greenery both fragrant and healing.

And when rain falls, geosmin and terpenes fly—or more precisely, they fizz.

Technically speaking, the smells of these organic compounds are released via aerosol spritzes that result from rainfall, according to MIT researchers. When rain falls on a porous surface—say, caked clay, a dirt road, or a concrete slab—it traps tiny air bubbles at the point of contact. Those bubbles shoot upward and then burst into an aerosol fizz, like champagne.

What’s on the surface and in the air—the terpenes and bacteria of a particular area—and how long these compounds have accumulated there, dictates the precise scent and extent of aroma released by the rain, smells which are then carried by the wind. The velocity of the raindrop, along with porousness of the surface on which it falls, influences the aerosol spritz. Interestingly, more aerosol is released in light rain than during a heavy downpour, the researchers found.

Because the scent of rain has so many variations depending on where and when it falls and how heavily, so do the many perfumes that claim to capture the natural phenomenon.

In fact, rain perfumes aren’t bottled raindrops. They are combinations of earthy or floral blends that are reminiscent of the different aerosol fizzes released by raindrops around the world at different elevations, falling on distinct surfaces where a range of plants and bacteria grow.

Probably the purest among these is the Earth perfume made in India of distilled monsoon soils for more than a century. Newer takes include Thunderstorm, a scent by Demeter, that attempts to capture the “‘deep and violent” scent of a summer storm brewing, when humidity on the ground exceeds 75% and the smell of petrichor is most poignant.

Meanwhile, perfumer Christopher Brosius composed a scent called Black March, reminiscent of “rain drops, leaf buds, wet twigs, tree sap, bark, mossy earth, and the faintest hint of spring.” Brosius uses beet extract—rich in geosmin—to conjure up a rich, earthy aroma. The scent is named after a Stevie Smith poem, says Brosius, which begins, “I have a friend at the end of the world. His name is a breath of fresh air.”

Perfumer David Seth created a scent inspired by a hike in northern Ireland, called Pale Grey Mountain, Small Black Lake. It would surely have captured the hearts of the Australian mineralogists who coined the term petrichor, as Seth describes the scent as “fog-on-stone.” The perfume attempts to captures all the elements of an aromatic storm—petrichor, geosmin, and ozone. He told Into the Gloss, “I was trying to take that fresh-wet effect and weave it into the narrative of what happened [on the mountain]. So I made some steely accords of grey rocks—ambergris, thin woods, and metallic/ozonic aldehydes—and added watery materials like ozonic and radiant materials to them.”

Attachment to the scent of rain is like an ancient memory we’re already born with. It’s in our genes. We feel it deeply, perhaps just like our ancestors did, even though most of us are no longer  connected with the earth very closely and don’t grow our own food or livestock.

Although we’re not necessarily conscious of it, the scent conjures an ancient promise of plenty, and so we long to breathe it in deeply. It makes us nostalgic, naturally.

Source: The artful science behind the scent of bottled rain

“…smell and taste are in fact but a single composite sense, whose laboratory is the mouth and its chimney the nose….”