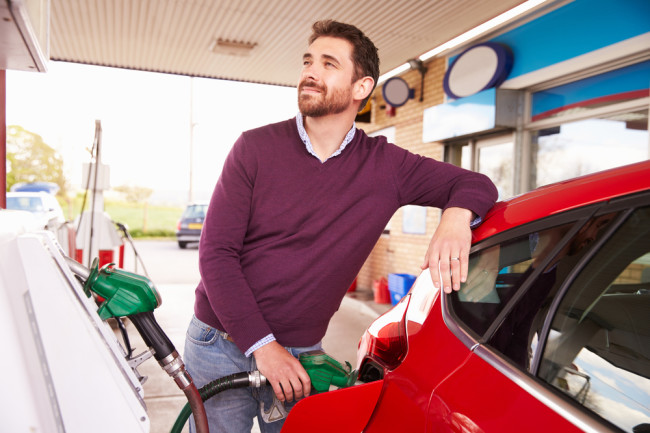 Why Some People Love the Smell of Gasoline | Discover Magazine

By msensory team28/11/2019No Comments
(Credit: Monkey Business Images/Shutterstock)
Have you ever caught a whiff of an errant splash of gasoline from the nozzle at the gas station? You may be too proud to admit it, but did you enjoy the smell of gasoline as that pungent, almost sweet, chemical odor tickled your olfactory bulb? You have company.

To understand the psyche of a fuel fanatic, we need to dig deeper into the source itself.

Gasoline is a chemical cocktail comprised of many ingredients, including de-icers, lubricants, anti-rust agents and hundreds of chemical compounds known as hydrocarbons. You’ve got butane, pentane, isopentane and the so-called BTEX compounds: benzene, ethylbenzene, toluene, and xylene. Of all those compounds, benzene is the one responsible for gasoline’s gassy smell.

Benzene is added to the gasoline to increase octane levels, which improves engine performance and fuel efficiency. Benzene has a naturally sweet smell that most noses are particularly sensitive to. It’s so pungent that the human nose can detect it if there’s just 1 part per million in the air that we breathe. It also evaporates rapidly: You could put a dish of benzene in the middle of a room and you’d smell it instantly.

And it’s actually not that weird to like the smell of benzene. Throughout the 1800s and early 1900s benzene was added to after-shaves and douches to give these products a sweet aroma. It was also used as a solvent to decaffeinate coffee. But these uses didn’t last long, and for good reason: Benzene is a known carcinogen and is dangerous when inhaled in high concentrations or long-term exposure. Although you might like the scent, you should definitely avoid it. Seriously, don’t sniff this stuff.

OK, but that doesn’t explain why people like such a dangerous, odorous chemical. While science hasn’t reached a definitive conclusion on this topic, there are two primary theories in play. 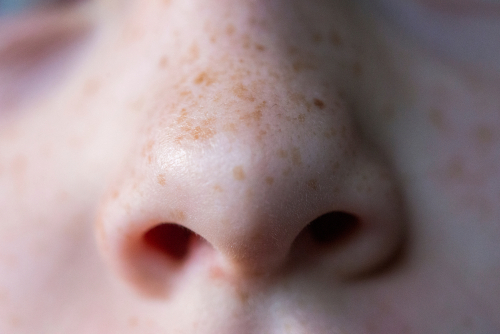 Our nose can evoke powerful, vivid memories if it catches a familiar scent. The smell of pine needles may take you back to summer camp, a roasting turkey transports you decades in time to grandma’s house for the holidays. This powerful connection between scent and memory is sometimes called the Proust phenomenon, a nod to French author Marcel Proust, who eloquently described a potent memory of childhood evoked by the smell of a madeleine biscuit dipped in tea.

But the link is more than literary. Smell is the only sense that doesn’t pass through the thalamus before reaching the forebrain. The thalamus functions as an operator switchboard of sorts, connecting sensory inputs from our eyes, ears, tongue and touch to the right parts of the brain so we can register and make sense of them. But scent bypasses this switchboard entirely, in favor of a direct line. What’s more, the bundle of nerves that detects scent molecules, the olfactory bulb, has a high density of connections near the amygdala and hippocampus, which are involved in emotional response and memory formation, respectively.

That’s why smells make our brains form strong, emotionally salient memories and at a subconscious level.

Back to our affinity for gasoline: We may have formed a powerful, pleasing memory that’s attached to the smell of gasoline, or specifically, benzene. Maybe your brain linked the smell of gas with happy childhood memories of summer road trips, going out in the motorboat, riding your bike on the side of a country road as a kid, or spending time in the garage as dad worked on the car. When you catch that benzene aroma, it may trigger a cozy, nostalgic feeling linked with a salient memory.

Another theory focuses more on the physical effect benzene has on nerve receptors that detect the smell. Benzene and other hydrocarbons, when inhaled, have a suppressing effect on the nervous system, which results in a temporary, euphoric feeling. It produces a pleasurable sensation that’s not unlike alcohol or a host of other drugs.

That’s because the biological process of numbing your nerves activates the mesolimbic pathway, also known as the brain’s reward pathway. Whenever your olfactory nerves get that hit of benzene, the mesolimbic system delivers a pleasing shot of dopamine. It’s essentially your brain telling you, “Yes, this is good. Do more of this.”

The mesolimbic pathway, as you probably inferred, is a key player in the neurobiology of addiction. Whether it’s sex, video games, drugs or gasoline, it’s this pathway in the brain that makes them feel good and kickstarts a self-reinforcing feedback loop. Indeed, gasoline is a commonly abused inhalant and is devastating to the health of those who become addicted. So, again, don’t intentionally sniff this stuff.

You could probably apply these two theories to explain why people are drawn to the smell of whiteboard markers, Home Depot, fresh tennis balls, books and other scents we’re too afraid to admit we love. We’ve perhaps subconsciously attached a strong, pleasurable memory to the scent, or these smells mechanically trigger a satisfying shot of dopamine.

But, frankly, these are just two theories to explain why some people find the smell of gasoline pleasant, but there hasn’t exactly been an abundance of research into this question. While compelling, they are hardly conclusive. In fact, scientists are still learning new things about this powerful sense today, and they’ll undoubtedly uncover new mysteries to solve in the future.

Source: Why Some People Love the Smell of Gasoline | Discover Magazine