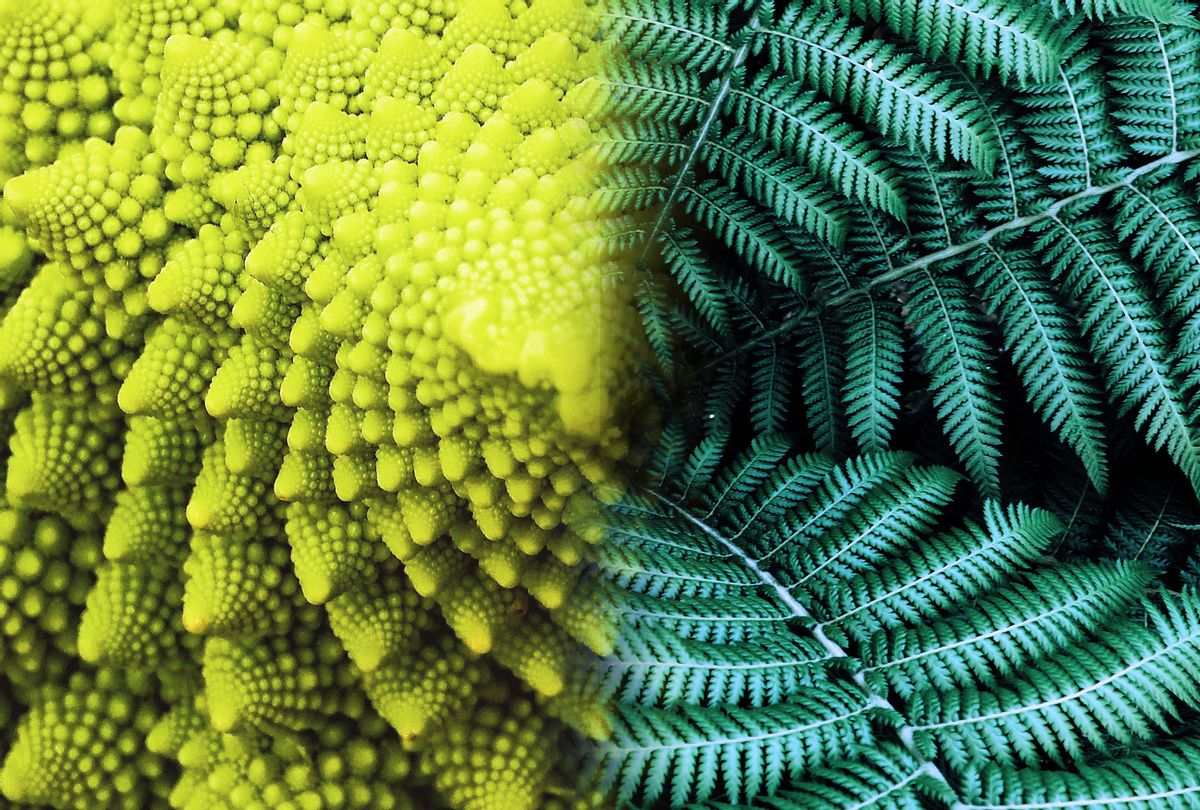 Have you ever looked at the side of a cliff and seen a face in the rock, like the Old Man on the Mountain famously minted on the New Hampshire quarter? Or perhaps you have seen clouds in the shape of dragons, or the face of Jesus on a piece of burnt toast? If so, you have experienced what psychologists call “pareidolia” — finding meaningful images in visual patterns.

And while the experience of pareidolia is universal, few know that pareidolia is also an indication of creativity and a fundamental feature of aesthetic appreciation. Recent scientific research into the neuroscience of “spontaneous thought” suggests that the source of pareidolia may be one of the reasons we love art and nature so much.

Cognitive fluctuations are unpredictable changes in neural activity in the brain.  Their causes are presently unknown. Neuroscientists have been aware of these fluctuations since the 1930s, but typically averaged them out as “background noise” from other brain activity correlated to conscious thought.

Recently, scientists have come to believe that so-called background noise in the brain may be more crucial to consciousness than previously thought. Recent research found that these fluctuations make up 95% of brain activity; conscious thoughts account for merely 5%. Cognitive fluctuations are like the dark matter or “junk” DNA of the brain, in that they make up the most significant part of what’s happening but remain mysterious.

Neuroscientists such as Georg Northoff, Robin Carhart-Harris, and Stanislas Dehaene have been focusing their research on these fluctuations in the last fifteen years. They have concluded that neural fluctuations are not secondary, but fundamental for consciousness. Using technologies that measure the frequency and strength of large groups of neural fluctuations in the brain, scientists have discovered that brain waves tend to nest into one another, like syncopation in music. At the lowest frequencies, the drums lay down a beat, and the bass plays a rhythm. In between the notes of that rhythm, the guitar plays a melody. The song of consciousness builds up from spontaneous neural fluctuations.

There are similar spontaneous fluctuations in the world, our bodies, and our brains. When sensory information from the world interacts with the brain, it creates unique “diffractive” patterns, similar to the colliding waves made by stones dropped into a pool of water. The world pulses with frequencies of sound and light like a drumbeat within which our bodies digest food, beat hearts, and pump lungs.

These fluctuations are also the source of our experience of pareidolia. When we let our minds wander and daydream, they become increasingly open to these divergent “bottom-up” diffractions and weak associations. Pareidolia occurs when our brains involuntarily experiment with seeing various “top-down” images such as animal shapes or faces in these fluctuations. In this improvisational state of mind, spontaneous thoughts and creative images rise like waves from the ocean of the unconscious and disappear again. This back-and-forth is an improvisational process that increases cognitive fluctuations in the brain and has therapeutic effects similar to other activities that increase cognitive flux.

But why do we enjoy this state of being so much? Why do we prefer some plants, or some works of art, over others? Some sights and sounds tend to amplify these spontaneous fluctuations and others do not. For instance, scientists have shown that taking a walk outdoors tends to increase mind-wandering due to certain patterns in nature called fractals. The same thing happens when we view these patterns and proportions in art. A fractal is a particular repeating coarse-grained to fine-grain pattern, such as a tree whose forking patterns repeat in its branches, twigs, and leaf veins.

When we look at the world, our unconscious eye movements or “eye saccades” also have a fractal pattern as they move over images. When we view fractal patterns with our fractal eye movements, our bodies become less stressed, and we mind-wander more as images emerge and disappear from conscious awareness. Even our brainwaves become more fractal and more interconnected when our minds wander. And this experience of reverie tends to feel good.

Source: Why our “wandering brains” are wired to love art and nature | Salon.com