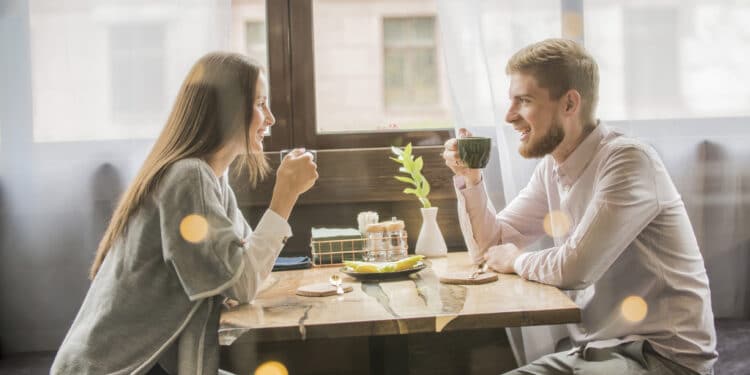 By msensory team16/06/2021No Comments
Recently published research examined the role of different sensory modalities — seeing, hearing, and smelling — in choosing a romantic partner. The findings, which appear in the journal Evolution and Human Behavior, indicate that a person’s scent and the sound of his or her voice are not major factors in initial dating outcomes.

“A few years ago, a review paper argued that studies on attractiveness should look further than only visual attractiveness. In our research group, we are interested in social interactions, including romantic interactions,” said study author Tom S. Roth, a PhD candidate at Leiden University and member of the CoPAN Lab.

In the study, 67 young adults participated in scientific speed-dating event in which they rated the attractiveness of potential opposite-sex partners.

The researchers found that the attractiveness ratings of the visual, vocal, and olfactory stimuli were weakly correlated with each other. In other words, people who rated someone as visually attractive were slightly more likely to also rate them as having an attractive voice and scent as well. Roth and his colleagues also found a strong relationship between visual attractiveness ratings and the willingness to date a person again.

“It seems that people are initially very much focused on visual attractiveness. People who had previously rated a picture of their date as attractive were also very likely to want to go on another date with them. However, we found no such strong effect for attractiveness of the voice and attractiveness of the smell. So it seems that beauty during these first interactions is mostly in the eye of the beholder, but not so much in the nose and ears,” Roth told PsyPost.

But this research is still in its earliest stages. It is still possible that auditory and olfactory traits have important effects on judgments of attractiveness.

“Our research brings up two main questions. First, people could only rate attractiveness in ‘static’ stimuli (i.e. a picture, sound recording, smell sample). While this works quite well for visual attractiveness, especially auditory attractiveness might be shaped by interactive processes during an interaction,” Roth explained.

“Second, we only studied a very specific context of romantic interactions, namely first interactions,” Roth continued. “While attractiveness of voice and scent might not be the most important factors here, it could very well be that they are in other relationship contexts. For example, you might not notice someone’s scent clearly in a crowded bar, but if you don’t like someone’s scent and you are living together with this person, this could become a problem.”

“Thus, keeping the context in mind is very important for future work on this topic, so that we can understand whether voice and scent play important roles in other relationship contexts beyond the first impression.”

The study, “Multimodal mate choice: Exploring the effects of sight, sound, and scent on partner choice in a speed-date paradigm“, was authored by Tom S. Roth, Iliana Samara, and Mariska E. Kret.