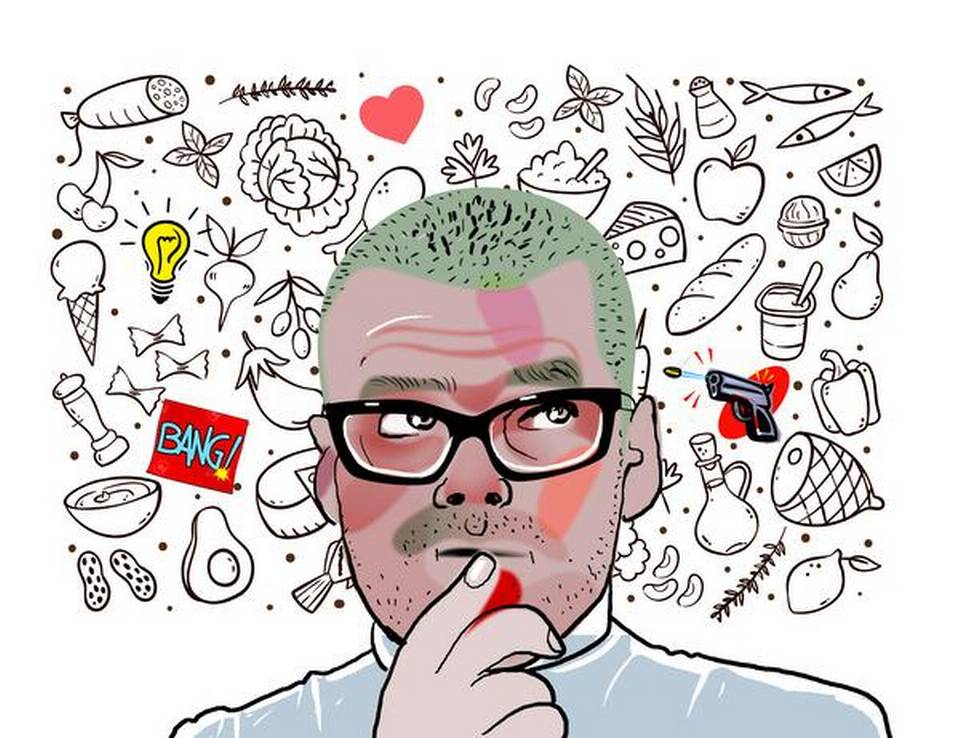 Why food should be looked at as art | The Hindu

Luxury dining is not just about experiencing Heston Blumenthal or Andoni Aduriz’s ‘clever’ dishes, but about discovering the chef’s politics and deep thought

The big news this week in the Indian restaurantscape is British celebrity chef Heston Blumenthal’s impending visits to Mumbai and Delhi. While the Fat Duck chef may or may not cook, or even be responsible for the two dinners that he is supposed to preside over (he has been quoted as saying he is “curating” the meals; politespeak for “don’t judge me by that cooking”), there is great excitement among seekers of luxury dining and eagerness to cage an invite to the dos.

When we seek out luxury dining experiences such as these or pay ₹20,000-₹40,000 per person in the most expensive restaurants in the world, one thing to guard against is the temptation to treat food as competitive sport. To boast of a meal with Blumenthal, or how you’ve ticked off two-thirds of the World’s 50 Best restaurants list, is missing the point about food at its highest level of creation and consumption: of food as art.

It is not about flashing a brand, but about creativity, originality, politics and deep thought. Food that must be valued not just for its taste or how exclusive it is, but for the understanding it brings through the world view of its creators, the chef-artists.

If food is art, taste alone cannot determine its quality or merit — just as art is much more than technique. Picasso’s cubism is viewed against the breakdown of ‘reality’ and convention in the years leading up to the World Wars. TS Eliot’s poetry reacts to the breakdown of faith and purpose. You cannot read Premchand without basing it in the social reality of the day, and so on. Context is important. Artistic works, including food, need to be examined not on the basis of how tasteful they are but what they are telling us about how chefs see the world.

It’s easy to be satiated by well-made dim sum or bathua ravioli and be comforted by familiar, if clever, flavours. However, this is dining as entertainment. For a chef to be an artist, he must be more than a craftsman of well-cooked food. He must be able to make us sit up, challenge preconceived notions, even be discomfited.

At a dinner in Delhi by Mugaritz chef Andoni Aduriz, widely held to be the most inventive chef in the world, one of the courses was a pungent red onion that remained uneaten by even the bravest of diners. It was a recreation of a similar dish the chef presents at his restaurant in Spain, using an enzyme to cook white onions and retain their onion-ness. In Delhi, the vegetable — admittedly stronger than its Mediterranean cousin — evoked derision. Most diners privately complained, laughed and shared pictures of their ‘real meal’ at Bukhara, post-Aduriz’s. The onion had clearly failed to entertain or feed hunger. However, it did feed the mind. The chef was being true to his view of science as an interface between art and nature.

Politics of being a chef

Art does not have to be pleasing. Think Damien Hirst and it can be positively revolting. But it’s art because of the originality of thought and because it can alter the way we think. At Noma, this thought turns to the local, a rejection of southern European ingredients and techniques that had caged “European gastronomy”. At Blumenthal’s, the thought is “question everything”; hence the focus on multi-sensory dining.

At Manish Mehrotra’s Indian Accent, it is “how memory and nostalgia shape dining”. Whether it is daulat ki chaat or pork ribs glazed with meetha achartraditionally made in UP homes, flavours evoke memories of an older India through detailed spicing and nuances. If Mehrotra’s food did not have these nuances of regional cultures, his dishes could still have been “tasty” but they would not evoke the same tug of emotion we feel.

At Gaggan Anand’s soon-to-shut Bangkok restaurant, Gaggan, the food shows a rejection of his Indian heritage. In many ways, his work is reminiscent of author VS Naipaul’s, a brilliant writer but whose works were dogged by a sense of “post colonial shame”. Naipaul made acerbic statements against his native Trinidad, Islam and India — a country where he was most struck by the lack of plumbing and people defecating in the open.

India is, of course, far more complex than this caricature. Gaggan’s view of Indian food is similarly caricaturish — broad strokes and few nuances — despite his brilliant presentations and flavours. His pani puri, for instance, comes filled with “chilli water”. It’s a typical way in which any westerner may perceive complex spices — not comprehending the many layers of flavour in cumin-amchoor-chilli laced jal zeera filled into pani puris.

Like Naipaul, Gaggan seems to look at India and Indian food through a western gaze, through simple stereotypes like dhokla-idli, vindaloo (his version references not Goan homes but British curry houses, tellingly), instead of the more complex and elusive home and street dishes like ramassery idli, nihari, the idea of chownk, perfumery and so much more that makes up Indian cuisines. To react to his dishes as “tasty” or entertaining (how they are plated) is an incomplete assessment.

At luxury restaurants where diners are paying a premium for creativity, they must go beyond taste to judge what the chef is ultimately saying about himself and his world, and how this may change our own way of dealing with our personal and external realities.

Source: Why food should be looked at as art – The Hindu