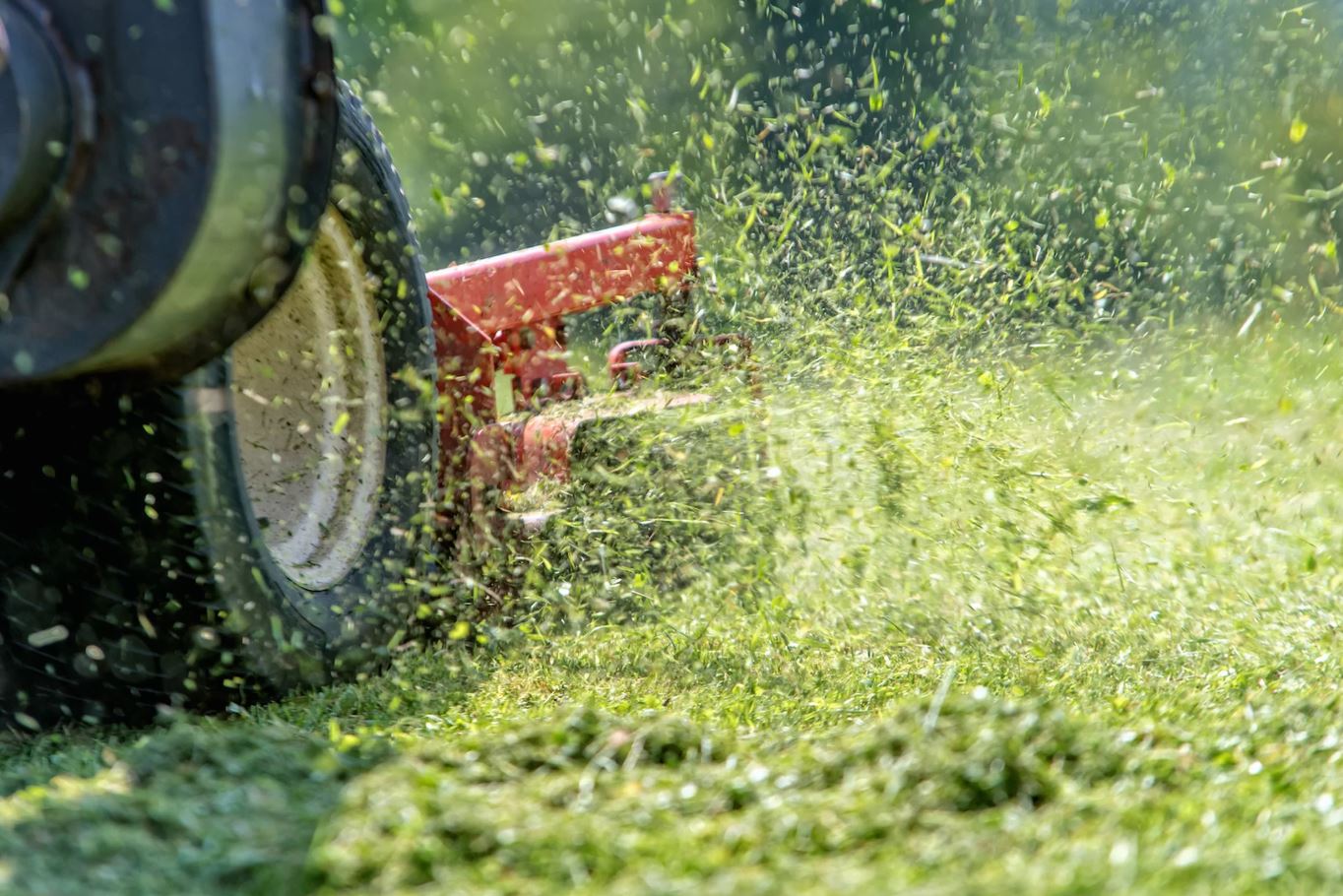 Why Does Freshly Cut Grass Smell So Nice? |  Live Science

If you grew up in the suburbs, you recognize it immediately: the sweet, sharp smell of someone mowing a lawn or ballfield. As it wafts into your nostrils, it somehow manages to smell exactly like the color green. But what are we really smelling when we inhale that fresh-cut grass scent? And why do we like it so much?

Chemically speaking, that classic lawn smell is an airborne mix of carbon-based compounds called green leaf volatiles, or GLVs. Plants often release these molecules when damaged by insects, infections or mechanical forces — like a lawn mower.

Plants manufacture slightly different forms of GLVs depending on what’s happening to them, said Ian Baldwin, a plant ecologist and founding director of the Max Planck Institute for Chemical Ecology in Jena, Germany. In a 2010 study published in the journal Science, he and colleague Silke Allmann, of the University of Amsterdam, found that tobacco leaves punctured and rubbed with insect saliva released a different bouquet of volatile compounds than leaves that had been poked and brushed with water. [Why Does Rain Smell Good?]

GLVs are small enough to take to the air and float into our nostrils. In some cases, they can be detected more than a mile from the plant where they originated. Other species, such as insects that eat plants and the predators that eat those insects, are extremely sensitive to different GLV aromas. For instance, Baldwin and Allmann discovered that predatory Geocoris bugs are attracted to the GLVs released by plants chewed on by a pest called the tobacco hornworm. In other words, the specific smell of the besieged plants indicates to the predators that a snack is nearby.

Humans don’t typically eat turf grass or the insects on it, but the GLVs that grass releases aren’t that different from those of plants we do find tasty. That means we have good reasons to be sensitive to them. “Just about all fresh vegetables have some GLV bouquet to them,” Baldwin told Live Science, and fruits may release the molecules as they soften and the membranes inside them break down. “Throughout evolutionary history, we’ve used that information to know when something is ripe,” Baldwin said.

As far as Baldwin knows, there isn’t anything specific to grass that makes it smell nicer to us than another plant. But we are more likely to mow it, injuring a lot of plant tissues at once and releasing a concentrated cloud of GLVs. With something like 40 million acres (16.3 million hectares) of lawn across the contiguous United States, mowing is often our best opportunity to encounter the fresh, green smell we innately associate with edible plants. People living near tea plantations in China might get the same feeling from the scent of the tea harvest, Baldwin said.

Plants themselves can also recognize and respond to these airborne aromas, Baldwin added. If the GLV bouquet indicates that neighboring plants are losing their flowering tops, for example, a plant can shuttle sugar and other resources toward its roots and away from its flowers. This minimizes the plant’s potential losses and can help it grow back later. As Baldwin put it, the grass “will respond with the anticipation that the lawn mower is going to come over there.”

Baldwin has found that this effect, called bunkering, can start within mere minutes of the attack on the first plant. In other words, by the time you mow from one end of the lawn to the other, the grass on the far side might smell you coming — and be ready to resist.

Source: Why Does Freshly Cut Grass Smell So Nice?