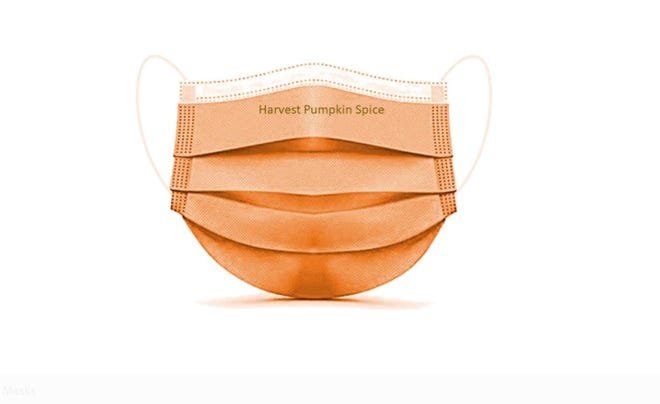 By msensory team28/09/2021No Comments
Harvest Pumpkin Spice Adult Scented Masks come in a pack of 10 disposable masks with fragrance oil to let you always be living the best pumpkin spice life. They had been sold out on walmart.com, but cost $10 on ScentedLife.net. ScentedLife.net

Starbucks’ Pumpkin Spice Latte has been back for weeks, and seasonal cookies, candles and more have filled stores across the country since mid-summer. Even if you’re not into the pumpkin spice craze, chances are something in your life has that cinnamon, allspice smell.

Why exactly are Americans addicted to all-things pumpkin spice?

According to perception researchers at Johns Hopkins University, it’s the powerful scent. The smell of this autumn flavor often triggers familiar, cozy memories — creating a national nostalgia and increased desire to reunite with the upcoming season.

“The smells that are in a pumpkin spice latte are in lots of other things that are associated with this time of year very strongly — with positive memories like family Thanksgiving, or rustling fall leaves and going back to school,” said Sarah Cormiea, a Johns Hopkins doctoral candidate studying human olfactory perception. 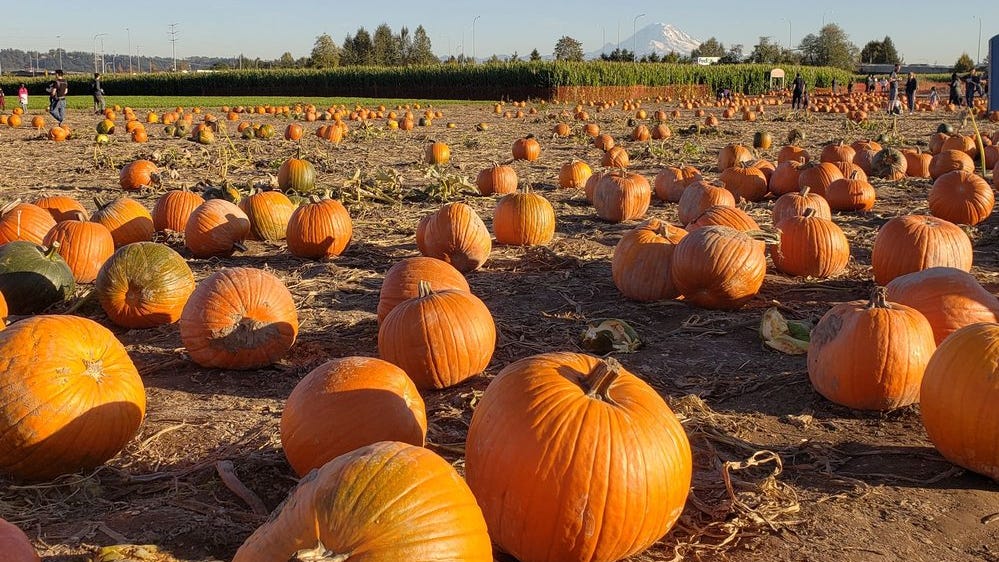 The pumpkin spice “industrial complex” – the consumer cloud of allspice, cardamom, cinnamon and nutmeg – had grown to $278.5 million over the last 52 weeks. Here are some of the flavored products available this season.
via Yelp

Indulging in those memories of fall can be seen in the rising numbers of pumpkin spice popularity. Less than two decades after Starbuck’s released their first PSL, demand for pumpkin spice has skyrocketed. According to estimates by Nielsen and Forbes, total pumpkin product sales grew to more than $600 million in 2018, up from $500 million in 2015.

A report by the Kearney Consumer Institute (KCI) further proved that pumpkin spice is a well-loved flavor, noting that “scarcity creates demand” — in other words, part of the reason why pumpkin spice is so popular is because it’s difficult to access for two-thirds of the year. In a KCI survey, 60% of consumers noted that pumpkin spice is highly influential in a purchase decision. Only 6% said that the flavor is “overhyped or added to too many products.”

“In many facets of psychology, you observe this phenomenon called the familiarity effect, or the exposure effect,” said Jason Fischer, an assistant professor in Johns Hopkins’ Department of Psychological and Brain Sciences. “The more you encounter something and the more familiar it becomes, the more it gets ingrained in your preferences… Pumpkin spice comes back every year, so now it feels like an old, familiar friend — and even that in itself can drive preferences toward it, because we tend to like things that we’re more familiar with.”

It’s all pretty impressive for blend of (albeit delicious) scents that don’t even include its namesake ingredient, pumpkin. That’s right. The typical mixture is made up of cinnamon, ginger, nutmeg, and clove or allspice — but no pumpkin. Still, these spices together mimic the scent of cooked squash, and our minds fill in the gaps.

The recognition of a familiar name — like the now-beloved “pumpkin spice” — also works wonders. Cormiea stressed the power of labels and smell-related words on our consumption experience — making pumpkin spice, for example, “even more pumpkin-spicy.”

“Slapping that ‘pumpkin spice’ label on [a product] reminds you what it is… And based on the research that we do in our lab, we know that reading a label tends to cause you to bring to mind the features of the object that you’re smelling, including things that you remember about it,” Cormiea said.

“You probably could make a ‘pumpkin spice latte’ taste like an ‘apple pie latte’ — if you labeled it that and put a picture of an apple right on the side,” added Fischer.

Beyond labels, both Fischer and Cormiea emphasized the importance of recognizing our perceptions (including the power of our sense of smell) in everyday life — something that is too often overlooked, but that the pumpkin spice craze is a perfect example of.

“The closer attention that you pay to the way you’re perceiving the world at a given moment, the more that you can sort of act as your own scientist and sort of dig into your experience,” Fischer said.

Source: Why are we addicted to pumpkin spice? Perception researchers stress the power of fall scents