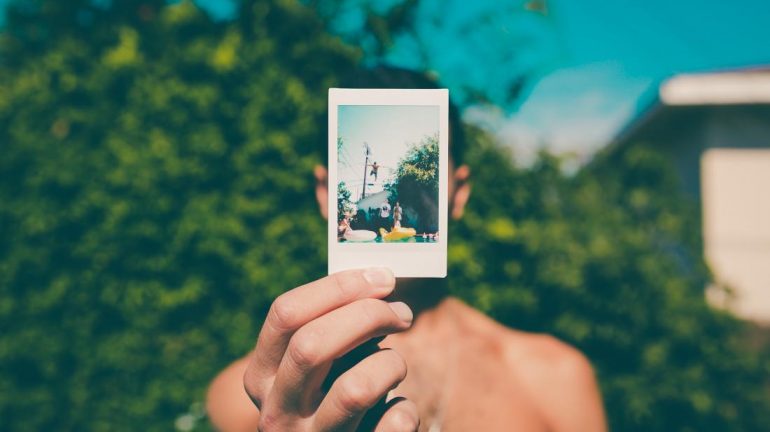 In 1968, a surgeon severed my maternal grandmother’s olfactory nerve when trying to remove a brain tumour. In that moment, she lost her sense of smell.

For me, scents act as a connective tissue between times, and places, and people in a way that seems to defy scientific analysis. We understand the neural impulses that allow the process to take place, but somewhere between the olfactory nerve and the brain it becomes something more meaningful.

Does losing your sense of smell mean losing a part of your identity?

When I ask my grandmother this, 48 years since her brain surgery, she offers up a list of smells she misses the most. “Christmas trees, especially spruce trees,” she says, “and oranges. Growing up in the Midwest, we didn’t have many oranges, so those were special.” She recalls hanging sheets out to dry in rural Missouri, along with my grandfather’s undershirts. He travelled a lot, and they smelled like him.

To better understand the link between scent and identity, a good starting point may be a scratch-and-sniff test. Recent studies by William Kreisl, a neurologist at Columbia University’s Taub Institute for Research on Alzheimer’s Disease and the Aging Brain, have shown that they may be an effective way to detect Alzheimer’s before the disease becomes debilitating. In fact, Kreisl’s study found that the new scratch-and-sniff test predicted memory decline about as well as a spinal tap, a procedure which can be both painful and costly.

When I ask him about his research, he explains that the scratch-and-sniff test for Alzheimer’s—known as the University of Pennsylvania Smell Identification Test (UPSIT)—was invented by Richard Doty about 30 years ago. According to Kreisl, ENT doctors were the first to recognize the UPSIT’s potential, but the test eventually found its way into neuroscience circles because Parkinson’s and Alzheimer’s patients often complain of a reduced sense of smell. The pathways between the olfactory system and the brain are both delicate and complex, especially in these patients, due to fraying neural circuitry between the olfactory bulb and the brain’s memory centres. In short, the UPSIT targets your sense of smell because it’s one of the first things to degenerate with the onset of the disease.

The test isn’t perfect yet, but it’s yielded some helpful results upon which to build in the meantime. “It’s possible that UPSIT may be as useful in determining a patient’s risk of memory decline as these more complicated tests,” says Kreisl. He emphasizes the importance of using the UPSIT’s results in conjunction with other methods of testing until further research has been completed, for a few reasons. While the UPSIT does appear to predict memory decline, it doesn’t reveal the cause of that decline.

There’s a certain amount of irony in taking a scent-based test for a disease in which memory degenerates.

Think about the memories you’ve formed around specific smells. Some scents are embedded into our cultural psyche: for example, the now-infamous pumpkin spice latte that heralds fall’s arrival. Others are more personal, like the scent of a favourite place.

For me, it’s Charleston—where, outside the city, salt mingles with Spanish moss and gardenia so rich it could knock you off your feet. Downtown, the aroma of savoury fried dinners lurks out into the streets to mix with the pungent odour of horse leavings. To some it may sound unpleasant, but to me, it’s home.

There are a number of perfumeries capitalising on the connection between scent and memory, including Maison Margiela’s Replica fragrance line and the aptly named Commodity Goods. Both aspire to recreate a “scent memory”, or “story”, in which you can experience the feelings evoked by a beloved aroma again and again. In Margiela’s case, the perfumes are meant to be places accessible with a single spray. With names like “Beach Walk” and “By the Fireside”, the scents are less exact replicas (as their names insinuate) and more vignettes capturing a specific moment in time.

In Commodity’s case, the buyer is encouraged to layer fragrances to create a “cocktail” that contains their unique essence. Discovery kits with samples of Commodity’s bestselling items are available to expedite the process, and the brand’s strong social media presence supports buyers as they craft a new persona through fragrance blending. These perfumes are named after romanticised objects, from “Whiskey” to “Gold” , and attempt to capture some kind of deeper story behind each item.

…Either way, the necessity of scent sneaks in, just like the warm, golden smell of freshly baked cookies—invisible, but demanding attention.

For Margiela and Commodity, their popularity is due not so much to the scents themselves, but the memory they create and recreate in the mind of the wearer. The branding is clever, but the ability of these fragrances to intentionally conjure a new identity is what’s really potent.

It seems people seek out particular fragrances from their pasts because the scent recalls an experience, and avoid others for the same reason. Consider the old-fashioned practice of spraying handwritten correspondence to a beloved with perfume. It may feel quaint now, but it hearkens back to the visceral notion that your scent identifies you in some way.

Perhaps there’s a paradox here, though. After my grandmother lost her sense of smell, she went about her recovery, spent time with family, and didn’t give it much thought—until, that is, a small kitchen fire nearly sparked into something more life-threatening. When you can’t smell smoke, you can’t detect danger. Alerting you to potential peril is just one of the many essential functions that your sense of smell performs.

Our sense of smell seems to work hardest to alert us to danger, whether it’s a fire or a deteriorating nerve connection. Tests like the UPSIT could allow that part of our identity to shine as it becomes a frontline diagnosis tool for providers. Or, perhaps the cottage industry of scent memory fragrances will continue to grow, kept afloat by our collective desire for comfort from looming fears. Either way, the necessity of scent sneaks in, just like the warm, golden smell of freshly baked cookies—invisible, but demanding attention.

Indeed, that’s why suspicious characters “smell fishy” and saintly ones come out “smelling like a rose”. It’s the same reason why a brief inhale can connect you with a feral sense of self-preservation and a desire to protect the people, places, and things you love most. As visceral as it is fleeting, your response to scent contains a little something of your essential self.

The smell of freshly cut grass, the taste of bbq, the gentle heat from sun rays, the sound of robins chirping & the feeling of cool chlorinated water on my body generates a feeling that convinces me its Summer