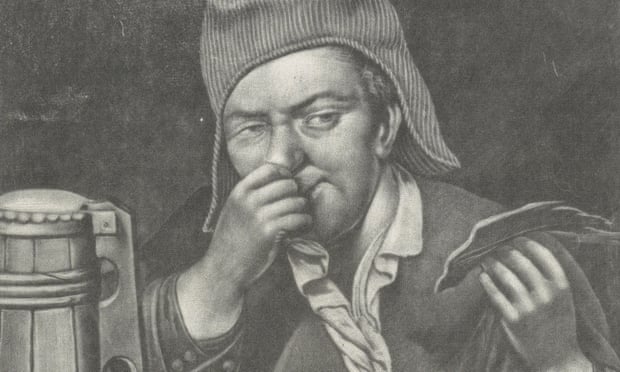 What does the world smell like? After so long in a mask, I can barely remember | The Guardian

Recreating old stenches might sound like a dubious use of funds at first, but the Odeuropa study passes the smell test. Photograph: Rijksmuseum

The pandemic has robbed us of scent as well as touch. I’m up for anything that gives my nose a workout, no matter how stinky.

Is it possible to manufacture a functional knife out of frozen human faeces? Thanks to a study conducted by some enterprising scientists last year, we know that the answer to that niche question is “no”. Thanks to more seemingly pointless studies, we also know that chickens are superficial and prefer attractive people. And that you may have a better chance of passing a kidney stone if you sit at the back of a rollercoaster. And that it is possible to identify a narcissist by their (bushy) eyebrows.

Weird scientific studies that seem to have little practical application are one of my favourite things. There is something intellectually pure about procuring funds and diligently applying yourself to answering the sort of question a precocious five-year-old might come up with. Three cheers, then, to the boffins at the Odeuropa project, who have just wrangled a €2.8m (£2.5m) grant from the EU to identify and recreate the smells of Europe between the 16th and early 20th centuries. Pretty soon, we will know exactly what a world with no indoor plumbing and extremely limited personal hygiene smelled like.

But it is not fair of me to lump the Odeuropa project in with faeces knives and superficial chickens. Recreating old stenches might sound like a dubious use of funds at first, but the study passes the smell test. Considering how powerful it is, smell is woefully underresearched and underutilised. After all, it can trigger memories and transport us back in time; it can put us in a good mood; it can even make us buy romance novels and shoes. A 2013 study found that the smell of chocolate in a bookshop made people 5.93 times more likely to buy cookbooks and romance novels. Another study found that people were 84% more likely to buy Nike trainers if they were in a pleasantly scented room than an unscented one.

There is a whole industry around scent marketing, but the power of smell has not been applied to things such as education at scale. The Odeuropa project aims to change that by using smell to change the way people engage with museums and heritage sites.

Cataloguing smells feels like a particularly timely project considering the pandemic. One of the main symptoms of Covid-19 is losing your sense of smell – something that has caused a widespread reassessment of the importance of a sense most of us take for granted. Even if you have not lost your sense of smell, most of us have experienced huge changes to our olfactory lives. Leaving home means masking up: the air is permanently filtered through a slightly musty barrier (or an extremely musty barrier if, like me, you wear your mask more times in a row than is strictly advisable). I can’t remember what eating indoors in a crowded restaurant or sitting in a coffeeshop smells like. I can’t remember what opening a foil-wrapped package of aeroplane food smells like – which is probably a blessing.

There has been a lot of discussion about the lack of touch during the pandemic, and the effect that has had on our mental health, but there has been less talk about the psychological effects of navigating a less pungent world.

Speaking of health: I must wind this up now for medical reasons. In the spirit of scientific experimentation, I have been sniffing a bottle of peppermint essential oil while writing this, because I read that it “invigorates the mind”. An unforseen side-effect, however, is that I can no longer feel my lips or the tip of my nose. Before I go and run my face under water while simultaneously Googling “third-degree peppermint burns”, let me implore you not to underestimate how deeply powerful smell is. And, for the love of God, do not underestimate how powerful peppermint oil is.

Source: What does the world smell like? After so long in a mask, I can barely remember | Science | The Guardian