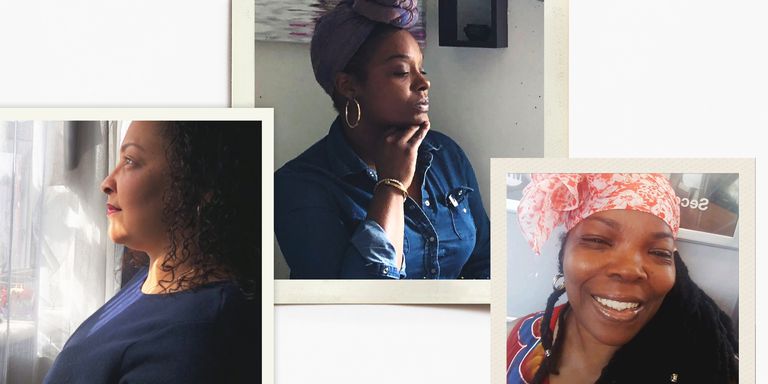 By msensory team21/06/2018No Comments
We’ve all been transported elsewhere by an odor: the scent of magnolia in New Orleans, an ex-lover’s cologne on the G train, faded perfume embedded into a sweater. Our olfactory memories are specific and visceral, because scent is the sense most tied to our memory and emotion. Perfume, like our clothes or jewelry or hairstyle, is a vehicle of self-expression and pleasure.

It can also function like a kind of armor—an olfactory protection in the world.

When I was a community organizer in Bushwick, I’d end workshops with a meditation and scented oil blend that fellow organizers rubbed between their palms and inhaled. This moment was everyone’s favorite part of the workshop: Organizing was emotionally taxing for them, but few spoke openly about their mental health; self-care came after social justice. Incorporating scent into our work allowed a brief separation from life’s struggles.

For women who have been in prison, many aspects of self-expression are stripped away from them. As a perfumer, I wondered: What does it mean to be denied something as simple, yet so significant, as one’s perfume in prison?

82 per cent of incarcerated women have faced physical and/or sexual abuse in their lives prior to their time in prison, and many experience violence inside, too. How do we remember the past through painful scent memories, and how might a perfume become an object of healing?

I asked these questions as a point of departure, taking lessons from my organizing work and connecting them to perfumery for a project I called Mala, which means a garland of flowers in my mother tongue, Bengali; in Spanish, it means “a bad woman.” I wanted to interrogate the idea of a so-called bad woman, and I wanted to re-imagine her memory as a living art. (I can never resist an acronym.) At its core, the project would re-imagine a person’s life as a perfume.

My makeup artist friend and colleague Talysha Moneé introduced me to Sharon Richardson, chef and owner of Just Soul Catering. Sharon was released from prison in 2010. Between a perfumer and a chef, there’s no dearth of conversation about olfactory obsessions; we connected on the phone immediately, her voice warm and familiar from minute one. She loved the scope of the project, agreed to meet, and suggested that I interview her roommates, too.

Sharon vividly recalled the smells of her 1960s Brooklyn childhood: The bright curry notes of her Grandma’s West Indian cooking. Family beach trips. Burning bodies in a neighborhood fire. She recounted the night of her abuser’s death, describing the singular scent of blood: “It is its own aroma. If we had blood in a lab, if we had blood on a sanitary napkin, if we had blood from a cut…I guarantee you that those scents would all smell different. But it’s still blood.” Though one of his associates committed the crime, the court implicated her involvement, sentencing her to twenty years in prison.

During my first visit to their home, I met four of Sharon’s roommates. I marveled at how each woman’s room felt like a sanctuary: altars, vintage family photos, spiritual quotes on the walls, and, to my delight, dressers covered in thirty or so perfumes.

“We weren’t allowed to have anything that had alcohol. For me, perfume and all these different scents, it just makes me feel like a woman,” said Claude. She’d served twenty-five years in prison for being at the wrong place at the wrong time for an armed robbery premeditated by her ex-husband. Her dresser is a perfume shrine, covered with an eclectic collection of designer fragrances by Chanel or Perry Ellis or Katy Perry, but also a perfume her late mother made in small batches at home. It smelled like deep, narcotic night-blooming jasmine and incense: an ode to their homeland, Haiti.

“You didn’t have that feeling of being a woman when you were locked up?” I asked.

Our visitations to the past unlocked how trauma and pleasure can be separated by a thin boundary, and the details that arose in our conversations became the basis for their perfumes. For Tasha, who described the scent of cotton linen and the notes of grass and fresh air as a safe haven from sexual abuse, I wanted to create a perfume that transformed trauma into a meditation, as Tasha has healed partly through the process of studying Buddhism. So I used notes of lotus and hyacinth, flowers that bloom out of murky water.

For Mary, Pine-sol and the oils sold by Muslim imams were temporary escapes from the deadness of prison air. How to recreate a scent that’s so familiar? I didn’t want to mimic the actual scent of the cleaning solution—I wanted to elevate it to the level of luxury, by using fine fragrance notes of silver fir needle, lemon rind, and rose. And finally, there was Nikki, whose story delves into her past and Greek heritage: The notes of her favorite perfume, Love’s discontinued Musky Jasmin, and the fresh-cut green stem notes of her father’s flower shop. To all this, I added notes of laurel, a green note that also represents the Greek symbol of victory.

In the haute narrative of perfume, wealth and whiteness are front and center—from the perfumers to the consumers. I wanted to address the erasure of incarcerated women in this narrative—and create a new, intersectional approach to fragrance that considers race, class, gender, and sexuality—by crafting perfumes made with the same fine fragrance materials used in luxury fragrances, but laced with profound histories and memories. Perfume could then be not only an object of luxury, but also a time capsule of trauma and healing.

I WANTED TO CREATE A NEW, INTERSECTIONAL APPROACH TO FRAGRANCE THAT CONSIDERS RACE, CLASS, GENDER, AND SEXUALITY.

Each time these scents are released from a vessel into the air, the act is a metaphor. “You want to know what it smelled like, the day that I left prison? Freedom. I smelled the air. I felt seawater. You know what I smelled? I smelled all the things that were happy for me when I was a child—the crystal-ness of the sun and the water. I smelled curry. I smelled, you know, like, I was out the door,” Sharon recalled.

The process of perfuming is both an art and science: I’m measuring proportions while also experimenting with notes to harmonize them. I want to create an experience on a material level and also a psychic one, so that as the perfume’s top notes evaporate on the skin, leaving only the resonant base notes, it feels like grasping for the traces of a memory.

Constructing each woman’s perfume would be an act of perception and translation, from their narratives to my olfactory version of their stories. For Sharon, I knew I wanted to include a turmeric note—it was the defining spice of her childhood, as well as my own. Turmeric is a health trend, but not often associated with perfumery, so a challenge for me as a perfumer was how to embed the strong, herbaceous note in a sea of her memories. I softened its sharpness with marine notes that mimicked the ocean. When it came to incorporating the scent of blood, I could take a literal route—iron and fishy notes—or a metaphoric one, which is what I eventually decided to do. Using blood cedar, I laid down the woodsy, earthy base notes of Sharon’s perfume.

I felt nervous about sharing the resulting perfumes with the women. It’s a moving but weighty responsibility to work with the painful memories of someone’s life as inspiration for a new work of art. But that’s what it is to be a creator—once you make something and it’s out in the world, it no longer belongs to you. When I finally shared the perfume I’d created based on her story, Sharon closed her eyes and inhaled the notes of blood cedar, seaweed, turmeric, and allspice on her skin: a liminal space between the inside and the outside.

After a long spell, she nodded and sighed, “You heard me.”

“”Smelling isn’t everything” said the Elephant. “Why,” said the Bulldog, “if a fellow can’t trust his nose, what is he to trust?” “Well, his brains perhaps,” she replied mildly.”