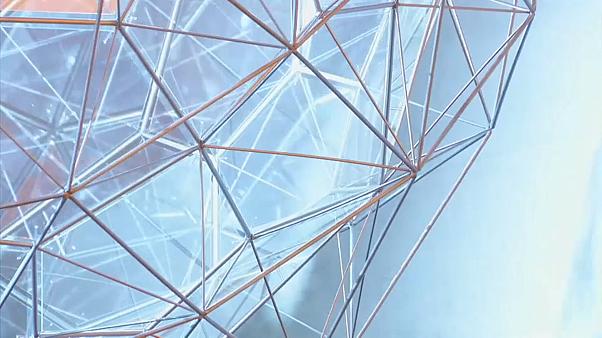 Artist Olafur Eliasson’s “In Real Life” exhibition offers viewers a chance to look at art and nature in an entirely new way.

The Danish-Icelandic artist invokes different senses in his display in an effort to drive home potentially intangible information, like the rate of a melting glacier, to viewers as well as making it aesthetically meaningful.

“The exhibition here … has dealt with questions around ecology, sustainability, but also just atmosphere and ephemera. How do I touch what is normally considered untouchable, like the air, or the ephemera of the world in which we live? How do I take something that I don’t understand, (such as) data about the glaciers, and I make it tangible?” said Eliasson.

Curator at the Tate Modern Mark Godfrey explained that the sensory element of Eliasson’s work means that his art must be experienced in reality.

“Olafur’s works are ones that have to be seen in real life. Looking at pictures of them on your screens or on your Instagram feed will never be a substitute for being in the space with them. For instance, the Moss wall smells. You won’t get that if you’re looking at a picture of it” he said.

For Eliasson, the art in museums should not offer an escape from the real world but rather a window to it. “When you step into a museum you don’t step out of the real world into sort of a dream world. You actually step even closer. It’s like seeing reality in a higher definition, in higher granularity,” he added.

The exhibition will run at the Tate Modern museum in London until January 5, 2020.

“By studying how the brain reduces noise, we can learn more about how it processes sensory inputs, makes decisions and executes them. Understanding how noise is reduced to very precise commands helps us understand how those commands are created.”