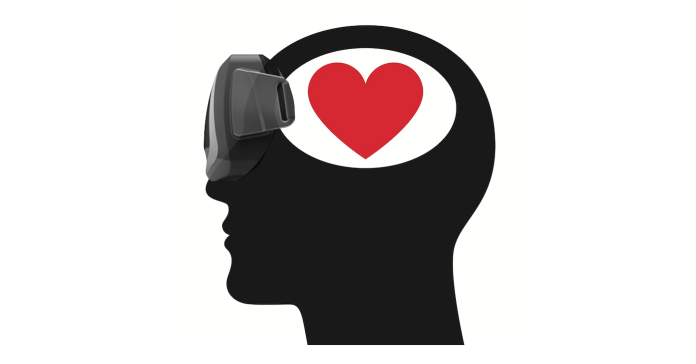 First, let us understand what is the idea of empathy? As known, empathy is a concept that differs among individuals. What is a thought and act of kindness for you that might not be for someone who is sitting right beside you? What happens when the use of technology is merged with our brain connections and can help us to manipulate the initial thoughts? Are you intrigued? If you say yes then it is a common response that happened to me when I was stumbling upon facts and figures. So with the help of this article, let me help you to generalize the idea of how VR helps with empathy and everything else is interconnected.

Virtual reality activates the brain networks that help and increases your ability to identify with other people according to a new paper published in eNeuro. This is surely going to be a tool in the treatment of offenders or criminals whose brain scan depicts that the lack of empathy has caused them to choose the path than otherwise.

Learning the use of empathy in our lives

Understanding the point of view of someone else in your life matters and you need to take care of the little details which makes them upset. Last weekend, I lied to my brother about having to attend a virtual conference when I did nothing else but sit around in my room. He asked me out on a night out with these friends and clearly, the lie which I had to dabble in made me feel less empathetic towards his feelings and more thoughtful of myself.

This is a common neurological nature of human beings to take care of things for us before we think about anyone else. What and how would this be useful to me? Is the tuition fees I am paying of any use? Questions like these can flood your mind.

A first-person perspective virtual reality experience helps to provide multi-sensory feedback that can coax the brain into thinking that the body in VR is it’s own. This causes our brain to react to the virtual events which are taking place as if they are happening in the real world. For example, a study which was conducted by 10 participants who were asked to feel things with the help of VR was a complete success. They were asked to kill a bunny rabbit in a simulated environment but only 8 out of 10 denied. (This might be gruesome for some readers)

Another survey conducted, helped with the used functional magnetic resonance imaging and monitoring of the brain where the participants experienced a virtual reality animation of a man abusing a woman. They showed strong synchronized parts of their brain which processed to the threat perception when the man got closer to the woman. This doubled when the man laid a hand on the woman in the animation which played.

It is emerging research- a nascent technology

Many of the enthusiasts of the virtual reality view the immersive technology as the ultimate empathy machine. It can help people to relate with one another and even the characters in their favorite TV shows, games, and other novels. But alternating of people’s minds and their thoughts is a distant collection and research that these enthusiasts have to conduct.

Empathy is surely not a trait. It is something that we have to work day and night and train our minds to walk through that step.

Long surveys conducted had positive results after the research was ended. Participants were seen emailing positive notes to the researchers regarding the issue and saying that they are bound to take serious actions or steps and starting to be more involved in the issues.