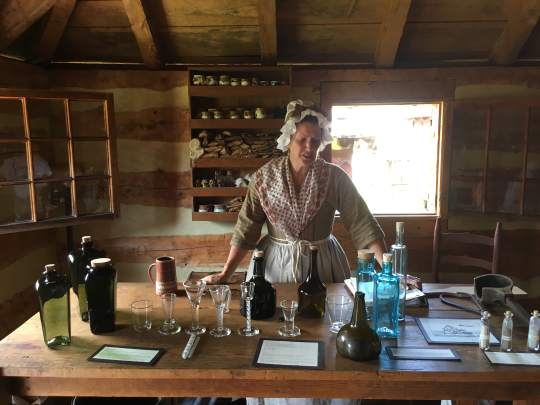 Visitors get to step into history in a multisensory way by seeing, hearing, touching, and even smelling the past | Triblive

Mike Kijowski of Carnegie relishes the opportunity to educate people in the 21st century about the gunsmithing techniques used to make the muskets fired during the 18th century French and Indian War, in battles such as the one that occurred at Fort Ligonier in October 1758.

“It’s a blast. Re-enacting is how I got into this hobby,” Kijowski said Saturday at Fort Ligonier, where he was among about a half-dozen costumed colonial interpreters demonstrating various aspects of life in mid-18th century America during Living History Weekend.

The fort played an important role in that war, as the site of a battle between French and their Indian allies and British and colonial troops.

“This event provides an exceptional experience where visitors get to step into history in a multi-sensory way by seeing, hearing, touching, and even smelling the past,” said Eric Nuckles, director of the fort’s history and collections, in a statement.

Kijowski, with six of his reproduced 18 century muskets and various musket parts on display, had the forge fired up to give visitors a more realistic depiction of what the gunsmithing shop was in those days.

Kijowski, an assistant director for advising at the University of Pittsburgh’s business administration college, was accompanied by his wife, Kristen Rylander, a Bethel Park elementary teacher, both of whom have been re-enactors for about a decade. Kristen Rylander, who reproduces 18th century glassware, was holding court in a log house, explaining the kind of glassware that was available to the colonists and how it was made.

Scott Henry of Greensburg, a colonial re-enactor who portrays the commander of Revolutionary War Col. John Proctor, gave a lesson in making beer — and why it was so important to people of that era to imbibe whiskey and beer.

“The water made you sick. What else are you going to drink?” Henry asked as he heated water over a wood-burning fire before adding his grain, hops and yeast to make the alcohol. Henry said it would take him about six hours to make the beer, another two weeks to ferment and three months to age.

Henry said it was simple for colonists to make the beer because of the availability of the ingredients. Whatever grain that was left over from feeding animals or making food, “you make beer or whiskey.”

“If you could make soup, you can make beer,” said Henry, noting how adding more hops to the brew will make it taste bitter.

Matt Gault of Greensburg treated about 50 visitors to a musket-firing demonstration of a “Brown Bess” smooth bore musket with an accurate range of about 70 yards.

He offered those who gathered around him a brief history lesson of the battle at the fort, pointing out that “the last battle for Fort Duquesne was fought here,” and not at the forks of the Ohio River. By the time the British had approached the fort, the French had blown it apart and departed the area.

Joe Napsha is a Tribune-Review staff writer. You can contact Joe at 724-836-5252 or jnapsha@tribweb.com.