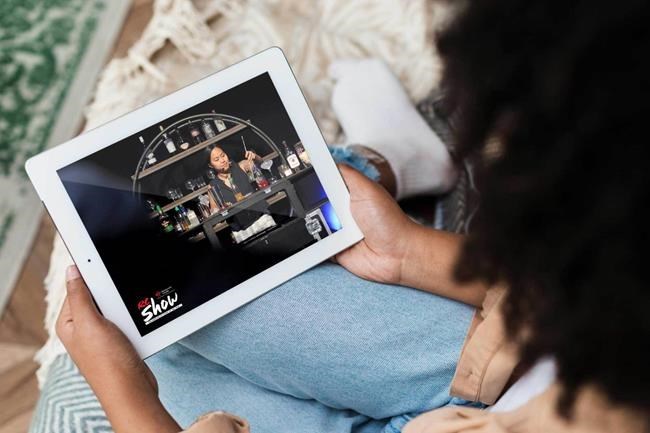 Virtual conferences turn to tech to recreate sights, sounds and tastes of past events | Pique Newsmagazine

Lockdown measures mean the conference centre isn’t open, but event organizers worked to maintain as much of the typical environment as possible when the show was forced to go digital.

Some panels will include special deliveries for guests to “share” at the virtual conference, which is adding networking sessions in a bid to replicate the in-person conversation popular with attendees, said Troy Taylor, Restaurants Canada’s vice-president of operations.

“If there are 100 people registered for the closed wine and cheese session, we’re going to send kits out to people to have that wine and cheese live with the presenter,” he said.

Restaurants Canada isn’t alone in attempting to take its virtual conference a step beyond Webex presentations and Zoom calls as the busy conference season nears for the second time since the onset of the COVID-19 pandemic.

Organizers have had to dream up ways to deal with intangibles: selling products attendees can’t see, smell or touch; fostering meetings among people who would have crossed paths on the trade show floor; and operating digital platforms that don’t collapse under high traffic.

“You have to accept the fact that it’s not in-person and it won’t be the same, but look at the technology and go all-in on that,” said Lenora Kingcott, who runs Bridal Expo Calgary, which will be hosted virtually in February.

“At first we thought, ‘Oh we don’t have smell-o-vision, so we can’t do cakes,’ but actually with video we can do so many things.”

Kingcott’s guests will now get virtually connected to bakeries making wedding cakes and other treats and if the conversations get serious enough, can arrange for a tasting box to be sent to their home.

They’ll get to mingle with other brides and vendors too through three-minute, speed-dating-style networking sessions that aim to recreate the excitement visitors feel at usual iterations of the event.

This type of matchmaking will be in full swing at the first virtual version of the Prospectors and Developers Association of Canada Convention, which was clouded in concerns last year when a Sudbury, Ont., man who attended the event was diagnosed with COVID-19 after it ended.

The annual mining conference — which attracts at least 23,000 people to Toronto every March — will ask attendees to fill out a survey about their interests and goals, then use the results to connect them with like-minded people.

That will help tackle a common challenge attendees have had with virtual conferences so far: connecting with one another when they can’t physically meet.

“While we will never be able to recreate (virtually) what can happen in person, there are some advantages,” said Lisa McDonald, PDAC’s executive director.

For example, she said guests who found travelling to the four-day conference cost-prohibitive or who were limited by a set number of corporate slots can now partake.

They’ll get to sit in on dozens of talks and explore a virtual version of PDAC’s famed Prospectors Tent complete with video chat, uploaded core samples and 3D video imaging.

But McDonald warned guests shouldn’t get too attached to the new format.

“There may be elements of a virtual shift that can continue on into the future, but … certainly it will be our goal to return to a face-to-face convention when it’s safe to do so.”

That’s the plan for Taylor’s Restaurants Canada Show, too.

Organizers debated cancelling or postponing it, but moved forward with a virtual conference for the first time because the industry needs opportunities more than ever, said Taylor.

Those who log onto the conference’s NexTech AR platform this year will have access to four days and three stages’ worth of content — much of it focused on COVID-era needs like delivery, e-commerce, mental health and new profit models.

Taylor thinks of it like a running a continuous television broadcast and hopes Restaurants Canada’s quick transition towards technology and some of the innovations it will show off will spur exhibitors to get creative in the future.

Fridge manufacturers, for example, spend “astronomical” amounts of money shipping appliances and renting big booths, but Taylor envisions them buying a smaller booth and setting up QR codes. Guests could scan the codes, which would drop a virtual fridge in front of them.

“Mr. Fridge Guy could talk to you about it and basically sell you the fridge without you even touching it,” said Taylor.

“This is the kind of stuff that will basically accelerate our brand by probably two or three years…and it’s only going to get better.”

This report by The Canadian Press was first published Feb. 1, 2021.