Virtual cocktails hijack your senses to turn water into wine 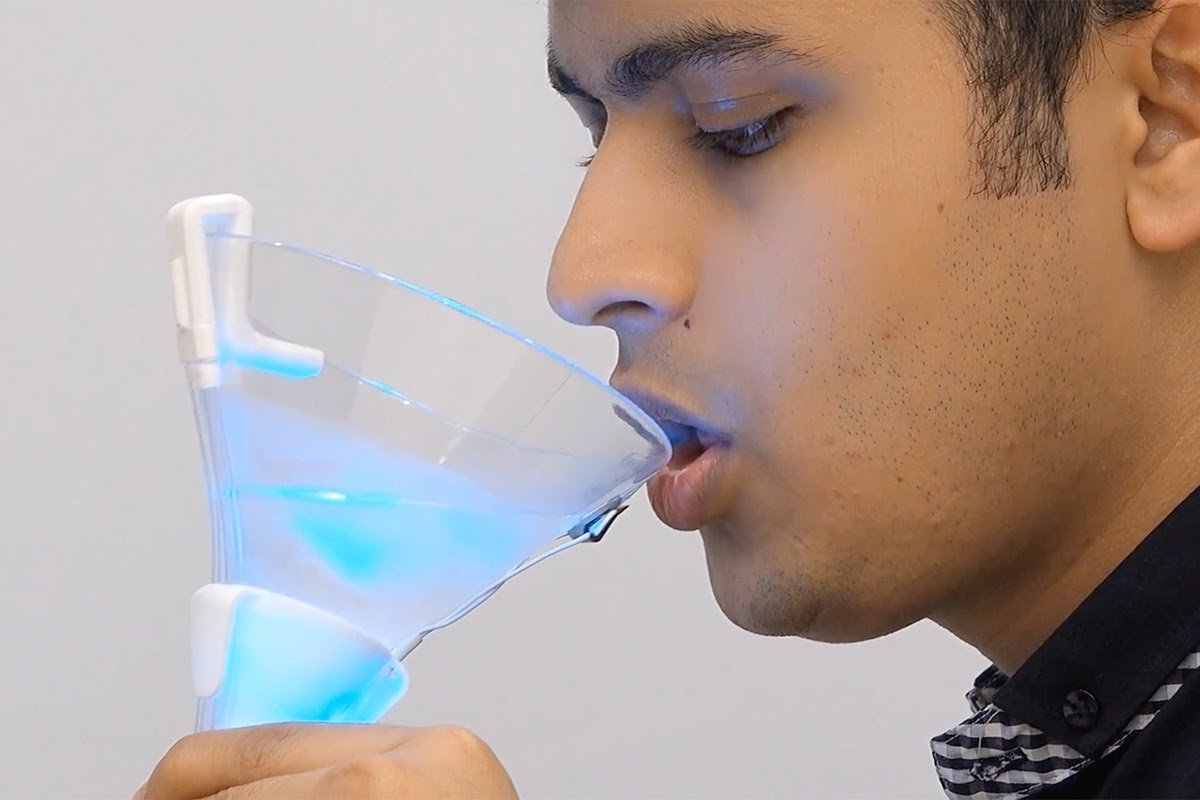 Drinks are so last century – but they’re getting an upgrade. A device called the Vocktail is shaking up the traditional cocktail by mixing in a dash of electronics designed to fool your senses.

Made by Nimesha Ranasinghe and his team at the National University of Singapore, the Vocktail – short for virtual cocktail – is a glass that can be made to alter and augment flavours via a phone app. Once a liquid is poured into the glass, a drinker can change three aspects affecting its taste.

First, they can change their perception of the drink by altering its colour via an LED in the glass. Next, they can make the drink seem more sweet, salty or bitter using tongue-stimulating electrodes placed around the rim. In previous experiments, the team showed that different electrical patterns can give the impression of various tastes. Finally, a tube in the side of the glass releases gases with different smells, such as lime, that change the perceived flavour even more.