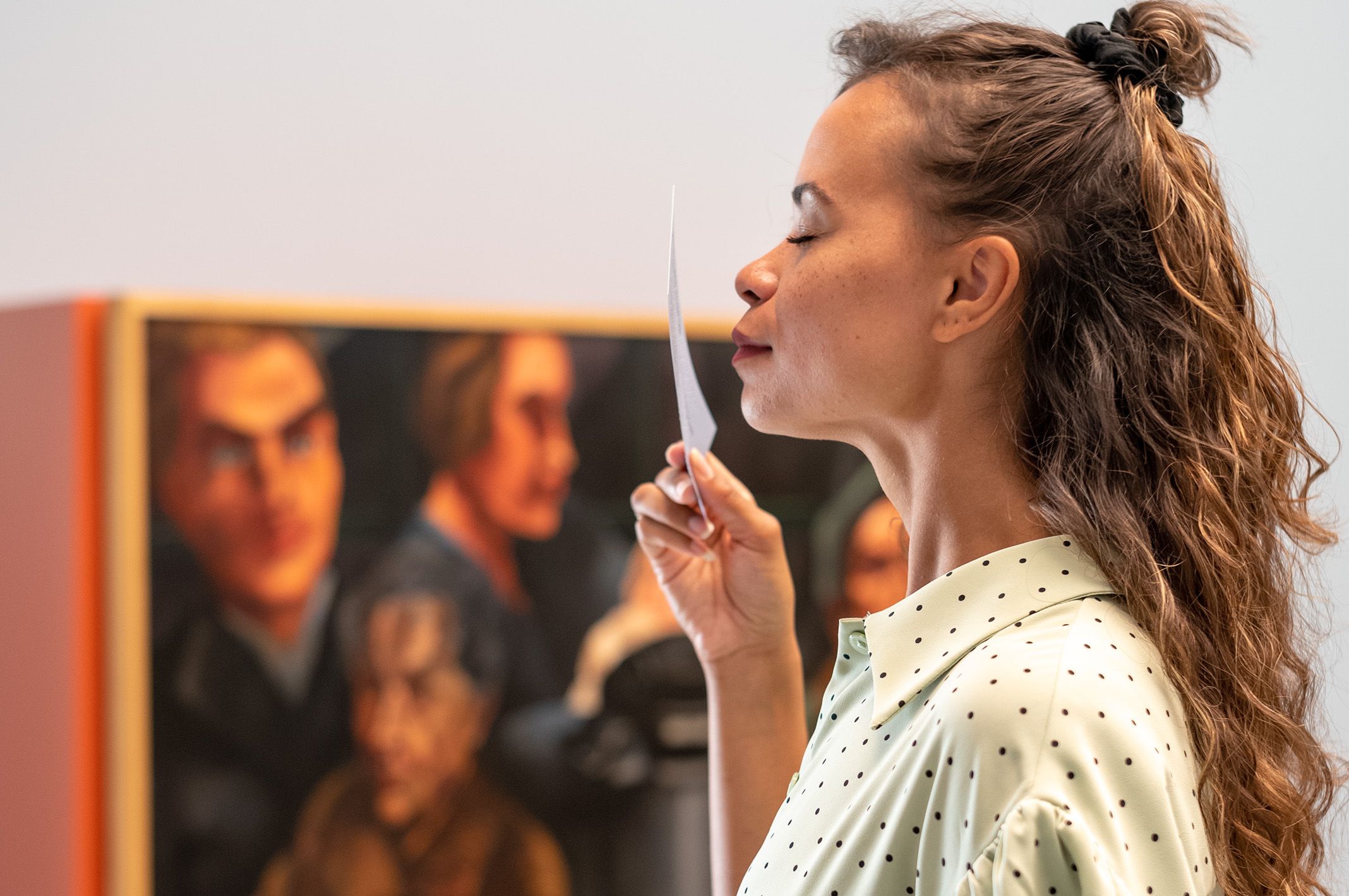 The Van Abbemuseum in Eindhoven has opened a comprehensive new fully multi-sensory exhibition featuring 120 artworks spanning all five floors of the museum.

Delinking and Relinking invites visitors to experience art differently using their senses by touching, smelling or listening to it and provides new views on the art through lesser known or previously unheard voices.

The Van Abbemuseum of modern and contemporary art aims to challenge its visitors to think about art and its place in the world and act as a source of inspiration. 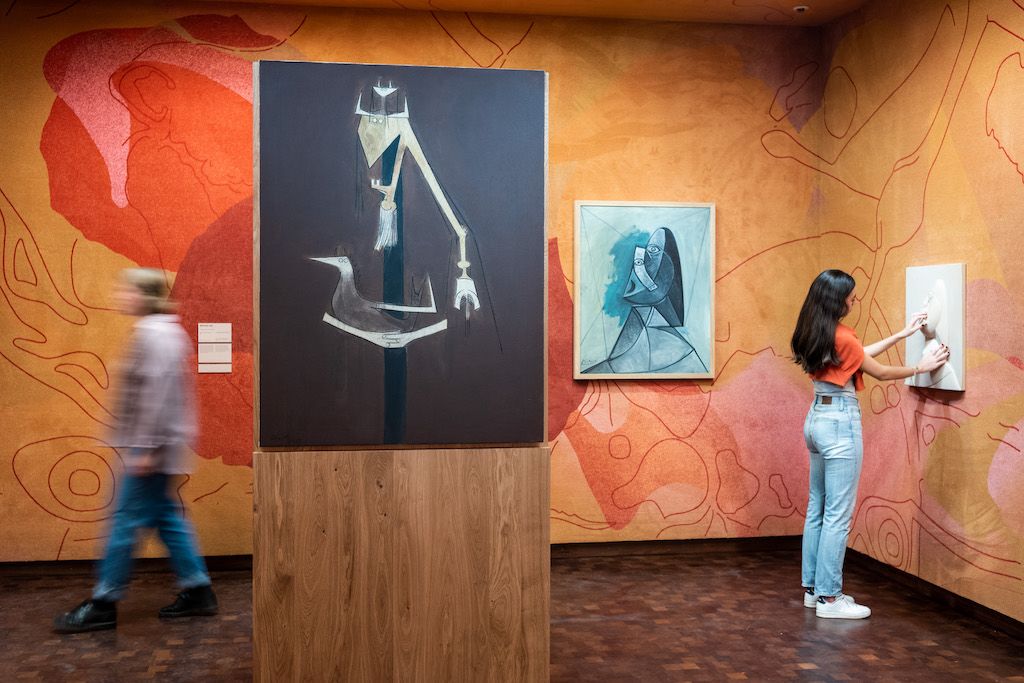 The exhibition features 25 multi-sensory tools, including texts in Braille, scent interpretations, tactile drawings, and soundscapes, which the museum says represents the first, fully multi-sensory collection display in the Netherlands.

Delinking and Relinking reveals how artists from 1900 to the present day respond to different cultures and perspectives.

It also explores how the artworks relate directly to what the artists see, feel and experience happening around them and have attempted to tackle some of the big topics of their era. 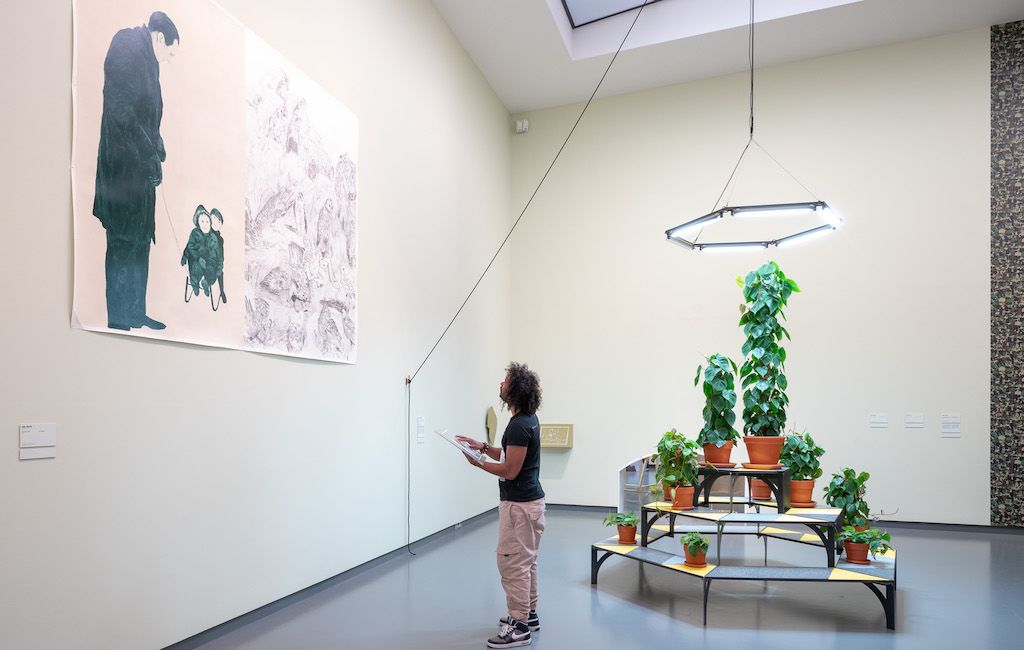 The curators say the exhibition should enrich the museum experience for everyone, as well as being accessible to a wide audience, including visually or hearing-impaired visitors and wheelchair users.

“The intention is to liberate the objects and give them a value and importance for today,” Charles Esche, Van Abbemuseum Director and part of the curatorial team, said.

“I believe this is the fundamental and unchanging task of every museum. What is changing now is the nature of the stories that are told and the people who voice them. It is no longer only the owners, curators and gatekeepers of the museum that own a museum’s narratives. In the participative society of the 21st century, people from different backgrounds and experiences demand the right to be heard.”

Since its founding in 1936, the Van Abbemuseum has taken an experimental approach to the questions it poses on the relationship between art and society. Many of the 3,000 plus artworks in the museum’s collection came into being on the fringes of society.

Delinking and Relinking offers various perspectives on the art on show and how it is experienced and was developed in collaboration with various experts in the field of physical accessibility.

Interest groups such as The Office of Queer Affairs and Wie Zijn Wij (Who Are We) were also consulted to help introduce broader perspectives to the museum.

In order to break down the large scope of Delinking and Relinking for visitors there are five different media tours to guide them through the exhibition.

Delinking and Relinking includes scope for shorter projects where artists whose work features in the museum collection are invited to reflect on the collection itself from their own standpoint or perspective.

The first guests in this series are Marcel van den Berg (1978, Alphen aan de Rijn) and Erwin Thomasse (1972, Eindhoven). The two became acquainted through their involvement in the worlds of hip-hop and urban culture and will present new works as part of the pop out project.

Delinking and Relinking is a long-running exhibition that will be displayed until mid-2024 and in February 2022 the exhibition will be expanded with, among others additions, a gallery dedicated to the work of Dutch artist René Daniëls.