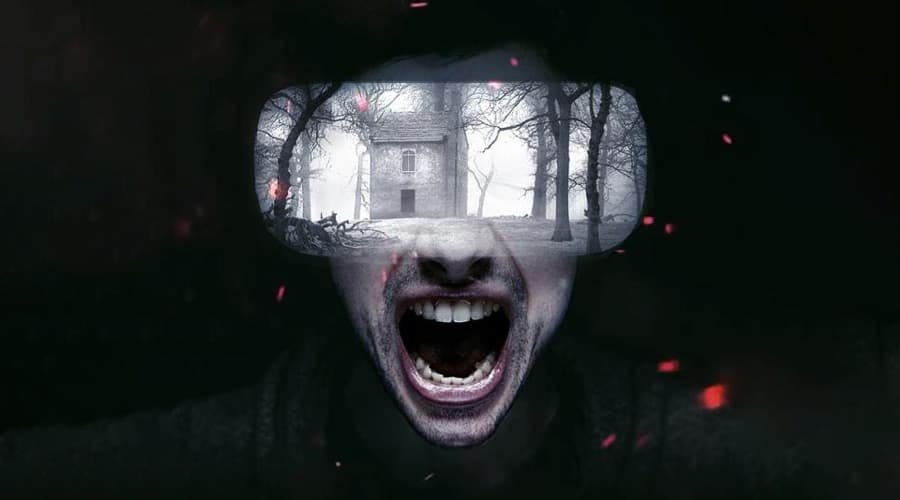 Use of Virtual Reality in Horror Films | Analytics Insight

Horror films are making the most out of virtual reality

The horror film genre is frequently cited as a natural fit for virtual reality. 360-degree clip keeps your head in the right place if you’re being threatened from behind, being killed and eaten, or being exposed to the antics of a lunatic surgeon. People are thrilled to experience VR since it allows them to look around while waiting for the next leap.

YouTube has a surprising quantity of VR horror, despite only adding 360-degree video support last year. The majority of it comes from amateurs, therefore it’s no surprise that the majority of it is very terrible! But, as horror fans know, sometimes the worst is so, so good.

Virtual reality’s filmmaking potential is boundless. It allows filmmakers to create or recreate real-world situations in which they may take people on terrifying journeys.

In recent years, a slew of new technologies has emerged to improve VR experiences. Feel real, a multimodal mask is one example of this. It can mimic hundreds of different fragrances, allowing users to fully engage themselves in virtual environments. Another technology that is improving VR is Haptx. It makes use of haptic technology to provide virtual experiences a sensation of touch.

VR films may engage all 5 senses, touch, sight, smell, taste, and hearing, using 360-degree views, CGI filmmaking, ambient fragrances, and haptics. It gives things a more realistic appearance. Furthermore, virtual reality films open up new narrative possibilities. It may ultimately allow viewers to engage in the story and make their own decisions. You have the ability to see in any direction, pick up things, and choose a course. Simply said, your decisions can change the course of the story.

VR Horror Films You Can Enjoy

Many VR horror films you’ll encounter right now are shorts made by unknown or lesser-known directors. Take, for instance, the Easter Bunny. It’s just a brief 360-degree video of a man wearing a frightening mask that’s been seen over a million hits on YouTube.

You’ll see this frightening man coming as you strap on your VR headset. You can’t get away or hide. All you have to do now is wait for him to approach you. Even though it’s just a few seconds long, it’s enough to make the hairs on the back of your neck stand up.

Immersive technology is being used by an increasing number of studios. Sony created a virtual reality teaser for Natalie Dormer’s film- The Forest. You’ll witness the tale unfold from a first-person perspective once more. It’s shot from the perspective of the main character, Sara, in this case.

At night-time, you’re in a shelter in the midst of the jungle. You hear Sara’s name being called. You’ll see shadows encircling the tent as you gaze about. Even though it is only a little over a minute long, it will strike you with a lasting impression.

Here is a list of some more VR horror films that you can try:

#1. Inside the Chamber of Horrors

A VR horror movie made by inside360, merging the most innovative virtual reality technology with a classic plot, the interactive experience allows the viewer to become part of the plot, blurring the line between reality and fiction and making this VR experience more thrilling.

This is China’s first VR zombie video, and it’s terrifying! It’s mostly about a beauty presenter leading an “investigation of the truth” column to investigate an ancient home in the city that was abandoned due to stories of supernatural happenings, and they seek to debunk the myth.

When you go into a haunted home and suddenly hear a mysterious voice say to you, “Follow his commands or you will be murdered,” do you listen to what he says? In the office, a variety of strange stories are being told.

This VR horror film is about a girl named Xiao Wan who has had a strange encounter. In each episode, she informed the audience about horrific stories she had personally encountered in the third and first person: in a foggy night’s bathroom, a wet night’s book experience, a nightmare in a hotel.

There are murderers, insane scientists, and physicians in this dreadful workplace, and anything might happen. As though terror has infiltrated every inch of your flesh as you go inside this lab. Do you think you can make it through it?

“A Day Before the Night” is a virtual reality-based criminal thriller. You play as Veronica Coltrane, a former cop who was embroiled in a large-scale criminal plot, was harassed and bullied and had his daughter abducted. This narrative depicted his efforts to save her daughter.

The Future of VR Horror Films

Virtual reality will almost certainly continue to be explored by the horror genre, especially as technology improves. Although virtual reality can provide unprecedented levels of immersion, it may never be able to completely replace traditional filmmaking.

VR equipment is still fairly big at the moment. You might not be able to watch a whole feature-length film while wearing VR masks and sensory gloves. In addition, you’ll need a lot of room to fully immerse yourself in the VR experience. A typical theatre, especially one with 360-degree views, will not be suitable for VR films. If the studios agree, viewers may be able to see the films from the comfort of their own homes.

On the contrary, virtual reality is a relatively new and costly cinema format. Moviemakers are doing the best they can with the resources they have. Perhaps more VR horror films will emerge as VR gets more widespread, less costly, and less chunky.

Source: Use of Virtual Reality in Horror Films