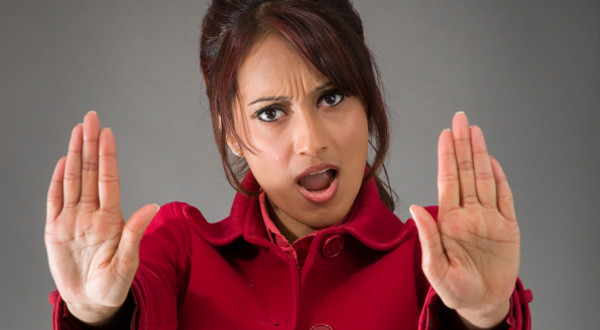 Unauthorized touching has been in the news quite a lot in the last month. I found a study on a form of unauthorized touching that many more of us than those cited in the press, participate in – touching objects in museums. Entitled Rehabilitating unauthorised touch or why museum visitors touch the exhibits, this observational study looks at why and what we touch, in this case, at the British Museum.

Touching stuff evidently has a longer history in museums than we might think. The original collections of curios, frequently private collections, were open to inspection, that was a part of their value. With the development of public museums, the wear and tear on the objects were too great. The only way institutions charged with conservation and preservation of our cultural artifacts could fulfill their role was to restrict touching. Touching never really went away, after all, curators and experts touch object all the time. Museums became places only to use our eyes, to look at the object and read the accompanying plaque. In the last twenty or thirty years, museums have again become more multi-sensory, with audio guides, performances and of course, venues for touching – often for children.

Unauthorized touching in museums comes to our attention mostly when objects are defaced, the ‘attacks’ on the Pieta or the Little Mermaid come to mind. But the study reflected on the touching that you and I do, what is described as “low-key touching ‘the fingerprint of an illicit touch.'””

The author interviewed visitors and guards to find the answer to this question. Now in part, the reason given was “I didn’t know.” And often this was explained by signage saying Do Not Touch being too small, or out of the way, or ambiguous. Other rationalizations included the object being out there in the open, not protected, hence fair game; or that there were fewer guards to remind you. But there were other more intriguing reasons.

Thus, the visitors therefore touched the objects on display to establish that were real and not replicas, to find out about the material qualities of an exhibit and the processes by which it was made, and to get a grasp on the skill involved in its manufacture. They also touched to make contact with the past…