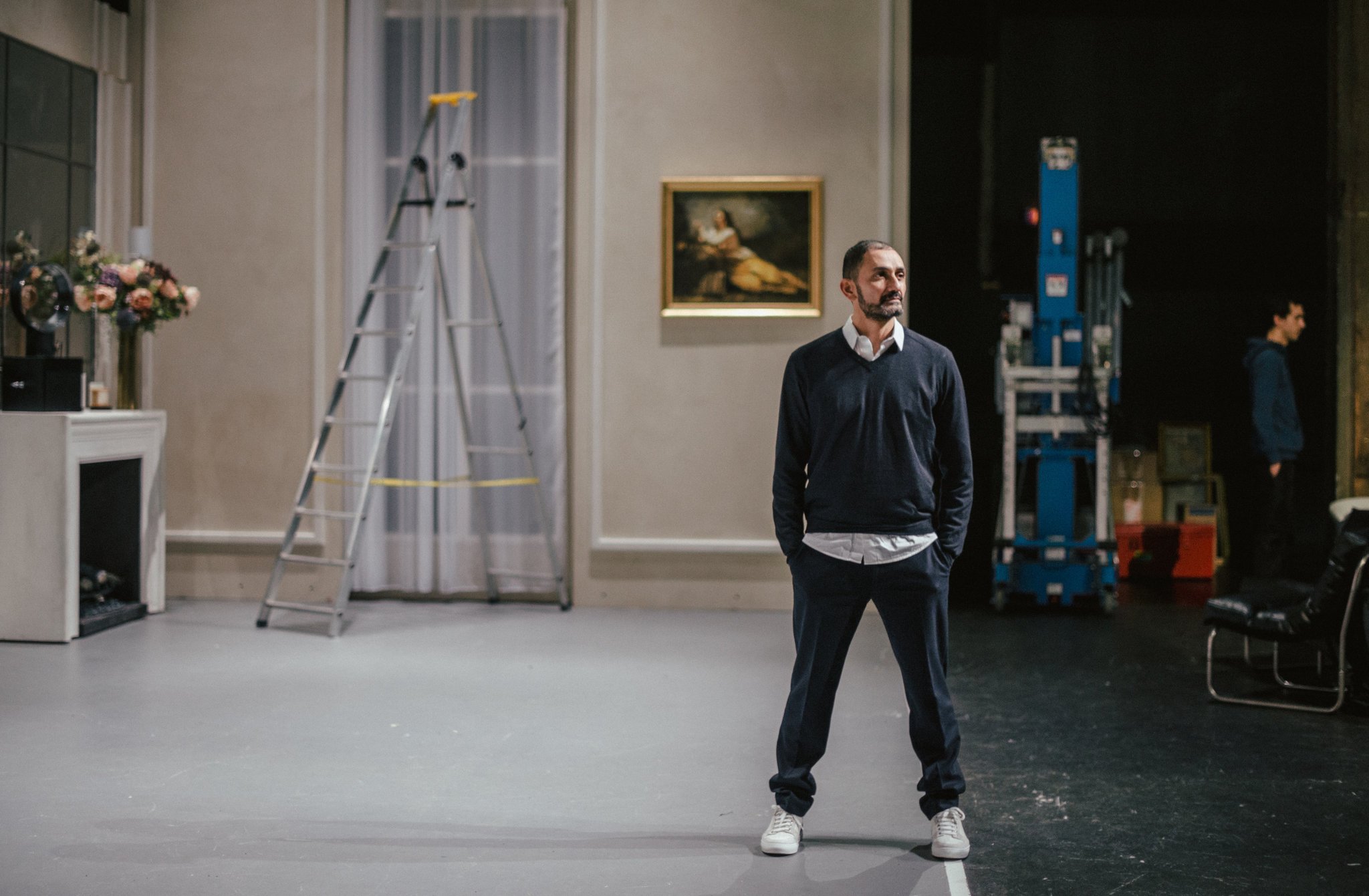 The perfumer Francis Kurkdjian, who created three scents for Cyril Teste’s version of “Festen,” which appears in Paris starting Friday.

The perfumer Francis Kurkdjian sells beauty and glamour packaged in adjectives like floral, musky, citrusy. But in his artistic pursuits, he isn’t preoccupied with the “pleasant.” Paraphrasing Kant, he said: “Art is not the representation of a beautiful thing. It is a beautiful representation of a thing. Perfume falls into the first category becausewe magnify what is already beautiful.”

In contrast, art allows him to represent the dark and disturbing.

“Festen,” then, may be an appropriate foray into theater for Mr. Kurkdjian. He is collaborating on a piece based on the movie with the French director Cyril Teste. It is part play, part film — and, yes, it is perfumed. The show opened Nov. 7 in Annecy, France; continues to Paris on Friday;and then goes to 14 more French cities.

Mr. Kurkdjian, the head of an eponymous perfumery, has become known for his olfactory installations and art collaborations. He has perfumed the fountains of Versailles, encapsulated the smell of soil in wax nails and scented the bar at the Baccarat Hotel in Midtown Manhattan, where we spoke recently about his new project.

Called “The Celebration” in North America, /“/Festen” is a 1998 Danish film by the director Thomas Vinterberg. The Parisian debut of the play would be particularly timely if it were Stateside, where we’re all looking forward to — or
deeply dreading — Thanksgiving family reunions. The story centers on a 60th birthday party, thrown for the roseate patriarch of a wealthy family. At the celebration, one son, whose twin sister recently committed suicide, accuses his father of sexually assaulting them both as children. In a phone interview with Mr. Teste (with Mr. Kurkdjian’s occasional help translating from French), he noted that the movie’s themes of domestic violence, incest and racism resonate with disturbing poignancy today.

The moment in the show when the first of the three scents, a forest smell, is released. Yet even as he layers these visual elements, Mr. Teste hopes to draw people in by their noses, rather than their eyes. Mr. Kurkdjian’s three
scents are released at various moments in the play. The first, a wet, mossy forest smell, disseminates as the last stragglers take their seats.

Scenting a theater may be unusual, but it has been done. Broadway’s “Waitress” used a convection oven and an overly cinnamon-and-nutmeg-saturated apple pie recipe to set — and scent — the show. But as realistic as they were,
the bakery smells only wafted in at certain points.

To completely fill the 16 theaters of varying sizes and shapes with scent, Mr. Kurkdjian and Mr. Teste needed to overcome special challenges.

“Light is easy,” Mr. Kurkdjian explained. “It’s on or off. It’s dark or bright.” Smells mingle and linger, he added. Despite a notice that the audience should avoid wearing perfume (and, one would hope, avoid attending if they’re allergic to it), Mr. Kurkdjian had to take into account a theater full of bodies. The system must also be quiet and able
to adapt to each theater’s shape and seating design.