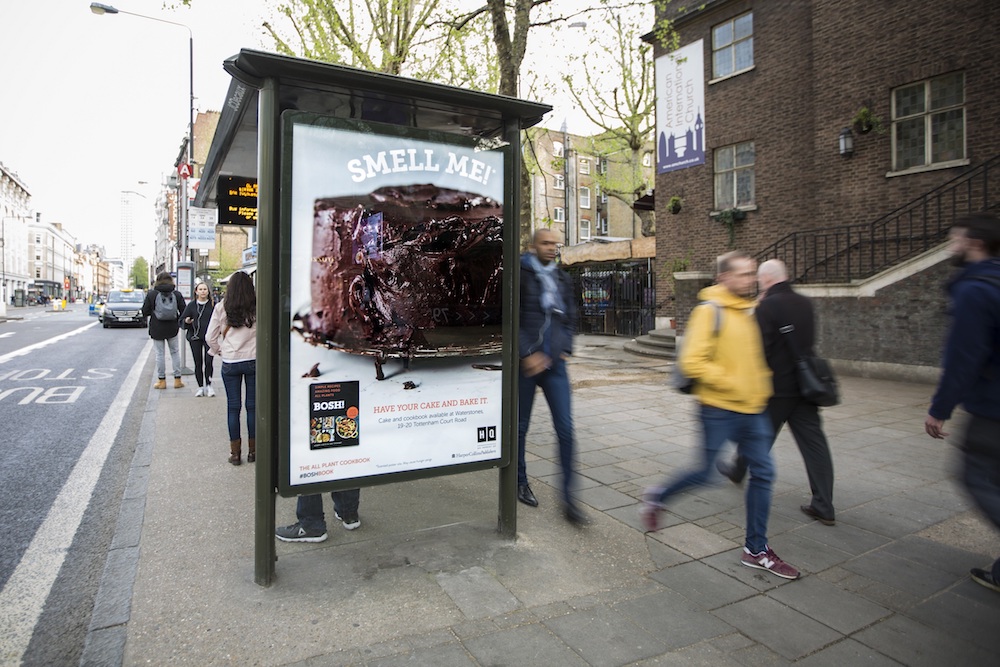 Joining the trend around experiential marketing, HarperCollins is advertising Bosh!’s new cookbook by presenting people with a multi-sensory bus-stop experience

Advertising has long focused on the visual and audio elements of its campaigns to entice potential customers. Book publisher HarperCollins is taking a creative angle by instead appealing to its audience’s sense of smell as a means of piquing interest in a recently-released cookbook by British cooking duo BOSH!

A bus shelter in London features not only enticing images of the vegan recipe collection’s content, but also permeates the immediate area with the scent of its food, directly targeting people’s biological reaction and creating a multi-sensory experience for the consumer similar to that of a real meal.

Times Square, for instance, has been known to appeal to customers by using chemical scents that waft out onto the street—what makes this use of scent unique is its ability to insert an experience into the lives of people while they’re on the go, while simultaneously capitalizing on the potential that those waiting for a bus may have worked up an appetite—”targeting consumers at the ‘point of hunger,’” as HarperCollins marketing director Joanna Rose said in an interview.