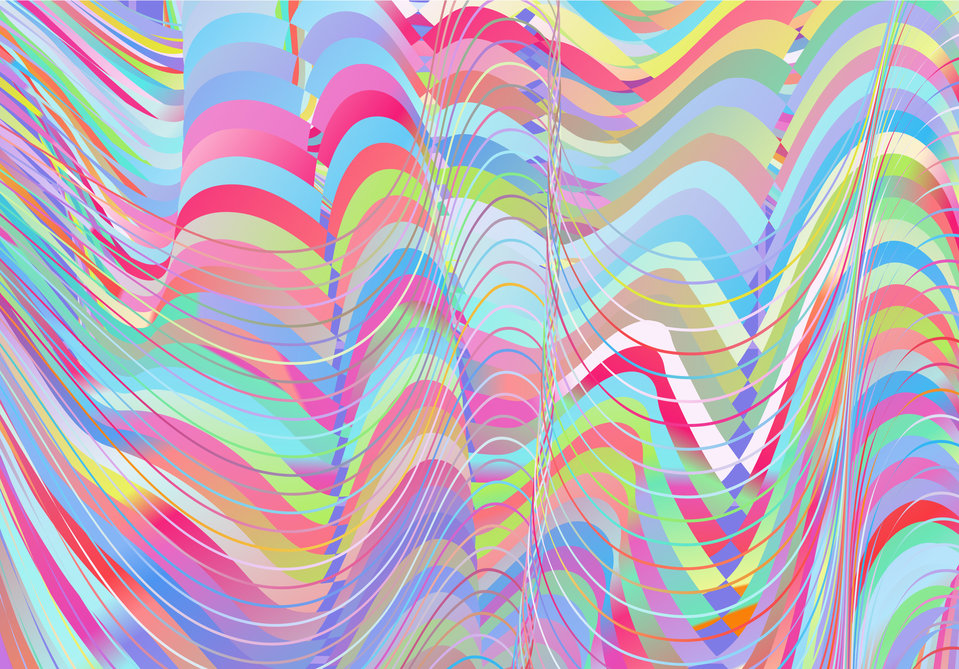 This Is How It Feels To Have Synaesthesia | HuffPost UK

“What letter has your favourite colour?”

Upon asking what appeared a fairly nondescript question, my friend responded with a set of bewildered eyes.

“Come on, everyone’s got to have a favourite. Mine is “A”, because it’s bright red.” My attempt to extract an answer only served to deepen his confused expression. All of this until he shot back with “what on earth are you going on about?”

I was thirteen when I first realised that I was seeing the world in a different way to most people. For all my life I had always unquestioningly assumed that letters and numbers had their own colours, and that this wasn’t so much a matter of individual perception as much as a general fact of life. As looked red, Bs blue, Cs yellow, and so on. Some words clearly “looked” better than others — “harmony”, for instance, with its blend of crimson, green, and golden tones, was particularly aesthetic; “purple”, on the other hand, a mix of brown and red-wine shades, was especially ugly. That silly school-time conversation opened my eyes to the fact that letters and numbers don’t have colours, that words aren’t inherently beautiful or ugly, and that all of these things were just tricks of my brain. It took a quick online search to find that this all had a name: synaesthesia.

Synaesthesia is a neurological phenomenon whereby certain stimuli (be they visual, aural, physical, or of any other kind) evoke unrelated senses. The most common type, which I myself have, is “grapheme-colour” (linked to perceiving words and numbers in different hues), but there are a wide variety of kinds. Some of the rarest include “mirror-touch synaesthesia”, whereby an individual “feels” the same thing they’ve seen in someone else (such as if somebody gets kicked in the leg), or the “lexical-gustatory” type, where a person can “taste” words.

Estimates of its prevalence vary massively, from 0.05% to as much as 25%, although the latter figure is considered wildly overestimated, with recent studies deeming the number to be somewhere between 1 and 4%. Nevertheless, the evidence is clear — synaesthesia is only present in a minority of the global population.

Explaining what it’s like to have synaesthesia to someone without it is difficult — it’s like viewing things on two levels. On the one hand, I can objectively see that all the letters typed here are black, as my eyes work normally. On the other hand, however, it’s as if each letter and number has a second colour, a “mental colour” of sorts. Words and numbers are like “coloured concepts” if you will, existing as something perhaps only comparable to Plato’s ideal forms. But while my clearest synaesthetic manifestation is of the “grapheme-colour” variety, I can also experience musical synaesthesia. For instance, certain specific sounds paint particular images — listening to violins in classical compositions generally evokes rushing streams, while EDM with its hard-hitting 4/4 beats resembles driving through a concrete colonnade. Nevertheless, there are many other kinds of synaesthesia which I objectively lack. For instance, some synaesthetes can recount the “taste” of a specific conversation, associating certain sounds with specific textures. The condition can also take a more sinister turn, as is the case with those who can “feel” the physical pain they witness either in real life or in films. I possess neither of these two subtypes, proving that synaesthesia, in its relative rarity, is a deeply diverse and multifaceted phenomenon. In a sense, two individuals can be synaesthetes and yet find that the condition leaves them with very little, if anything, in common.

Since discovering that what I’d always seen as a normal part of life was a neurological phenomenon in itself, I’ve become somewhat intrigued by the various studies conducted on the condition, largely beginning in the 1980s when MRIs were first introduced. I discovered that having synaesthesia has taught me a lot more about myself than I could have ever imagined. I’ve always been a creative person, having written poetry, stories, and songs since I was twelve years old, having played the violin from the age of six, and having a bedroom cupboard filled to the brim with countless black-and-white drawings of cities and landscapes which I’d produced as a young child. My current aspiration is to become a professional songwriter and recording artist, and since last year I’ve been collaborating with various producers on demos with the aim of working in the music industry.

Until recently, I had not known the existence of a correlation between synaesthesia and creativity, one which scholars acknowledge albeit with some reservations over the evolutionary significance of this relationship. Since the condition is believed to be largely hereditary, I guess you could say that art is in my genes. This isn’t much of a surprise –  my family, particularly on my mother’s side, is especially artistic. My North Italian grandmother is a painter, while my great-grand-uncle was part of the team which restored La Scala’s elaborate ceiling after it was bombed in World War II. The hypothesis that I inherited synaesthesia from my mother would also seemingly corroborate with the theory of a maternal transmission for males like myself.

Nevertheless, my quest to discover its origins in my family has failed  – neither my mother, nor my maternal grandparents and any other living relatives I interviewed, show any synaesthetic traits. Either I received the condition from a distant ancestor, or I developed it as a result of environmental factors (although, given my memory of “coloured letters/numbers” from the earliest days of my childhood, the former theory appears more convincing).

However elusive its origin, investigating my synaesthesia has provided me with an unexpected opportunity to learn more about my family and myself. Given that I’ve only just graduated from university and am tip-toeing my way to that dreaded quarter-life crisis, questioning what my “true” path in life is, it’s somewhat reassuring for an aspiring artist like myself to know that approximately one-quarter of synaesthetes work in creative fields – Franz Lizst, David Hockney, Izthak Perlman, Charli XCX, and numerous others, are among the most prominent names that come to mind.

I often forget having synaesthesia, but I sometimes wonder what it would be like to live without it. I’ve always taken for granted how much colour and vibrancy I’ve experienced without even realising it. It may seem like such an inconsequential condition to have, but I sometimes ask myself if my life would have been the same without it. Part of my immense love for writing and music is down to the intricate images and colour-patterns that both these art-forms evoke in my mind; who knows if I would have chosen either of these things as my life ambitions if I hadn’t had synaesthesia. Sure, it may mean that I sometimes spend a little extra time fussing over things that non-synaesthetes wouldn’t fathom (does that word fit in that sentence, but above all does the word “look” good next to the others? Does that beat “look” good next to the piano?), but I cannot deny that the condition has helped me throughout my academic life in memorising dates and facts without the need for mnemonics or other tricks. Call it a quirk, a blessing, a curse, whatever you wish, but I’ve grown to appreciate living my life in multi-coloured shades — and I wouldn’t trade it for anything else.

How It Feels is a weekly blogs series which aims to shine a light on people’s stories, covering subjects where voices are rarely heard. If you want to get involved, please email ukblogteam@huffpost.com

Source: This Is How It Feels To Have Synaesthesia | HuffPost UK