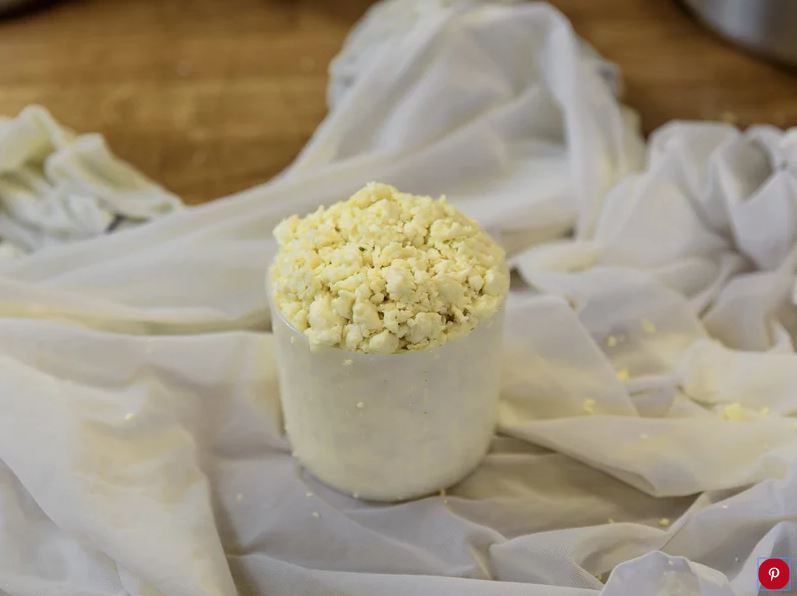 Only the most diehard of fans would consider swabbing the skin of their favorite celebrity and saving the bacteria. But if you did happen to be so bold (and inappropriate), a new art project demonstrates how you could use these microbes to make literal cheese.

For the project Selfmade — launching as part of the “FOOD: Bigger than the Plate” exhibition at London’s Victoria and Albert Museum on May 18 — biodesigner Helene Steiner, chef John Quilter, and scientist Dr. Thomas Meany took bacteria samples from five British celebrities, cultured these cells, and used them as the starter for five different cheeses. The result is a Cheshire cheese made using bacteria from Blur bassist and cheesemaker Alex James, a Comte cheese courtesy of celebrity chef Heston Blumenthal’s bacteria, a Mozzarella built around bacteria from rapper and Lip Sync Battle UK cohost Professor Green, a Stilton made using Great British Bake Off baker and food writer Ruby Tandoh’s bacteria, and a Cheddar produced with bacteria from Graham “Suggs” McPherson, vocalist for the British ‘80s band Madness, best known in the U.S. for their song “Our House” (the one in the middle of the street).

“What inspired the Selfmade project, originally conceived by Christina Agapakis (a synthetic biologist) and Sissel Tolaas (an artist who works with smell), is the fact that many of the microbes involved in cheesemaking bear a close relationship to those found on human skin,” Catherine Flood, one of the exhibitions co-curators, said on the V&A blog. “The similarities between cheese aromas and body odors are no coincidence. Whether we find these odors disgusting or delicious has a great deal to do with context and psychology. Desirable flavor notes in our favorite cheese can repel us when they are associated with the human body.”

Along those lines, these bacteria were swabbed from some pretty undesirable places: armpits, toes, belly buttons, and nostrils, depending on the celebrity. “Starting with a skin swab, the bacteria was grown in the lab until there was enough to make the cheese, and in order to analyze which kinds of bacteria were growing,” Flood continued. “Once fully matured, each cheese will be a unique microbial portrait of the donor … like a celebrity selfie in cheese form!”

Flood states that the hope is that these otherwise very ordinarily-produced “human cheeses” will encourage people to be less squeamish when it comes to thinking about our bacterial brethren that inhabit the bodies of all human beings. Specifically, though many people think of bacteria as bad, this art is intended to remind people that our microbiome includes plenty of helpful bacteria as well.

And yet, when it comes to the question of whether these five cheeses are edible, Flood leaves that question open-ended. “The cheeses are being sequenced in the lab to find out exactly what species of bacteria they contain and whether they are edible in terms of food safety,” she continues. “Our skin is home to millions of bacteria, fungi and viruses that compose the skin microbiota, similar to those in our gut. The challenge is to identify the good bacteria and to eliminate the bad in order to get a cheese that hosts the right microbes to make it edible and tasty.” That would seem to imply that, much like licking your favorite celebrity, eating these cheeses might not be the best idea.

The five cheeses will be exhibited in a refrigerated display until October 20 along with over 70 other innovative, food-focused projects.

Source: These ‘Celebrity Cheese Selfies’ Were Made with Bacteria Sourced from Famous Brits | Food & Wine