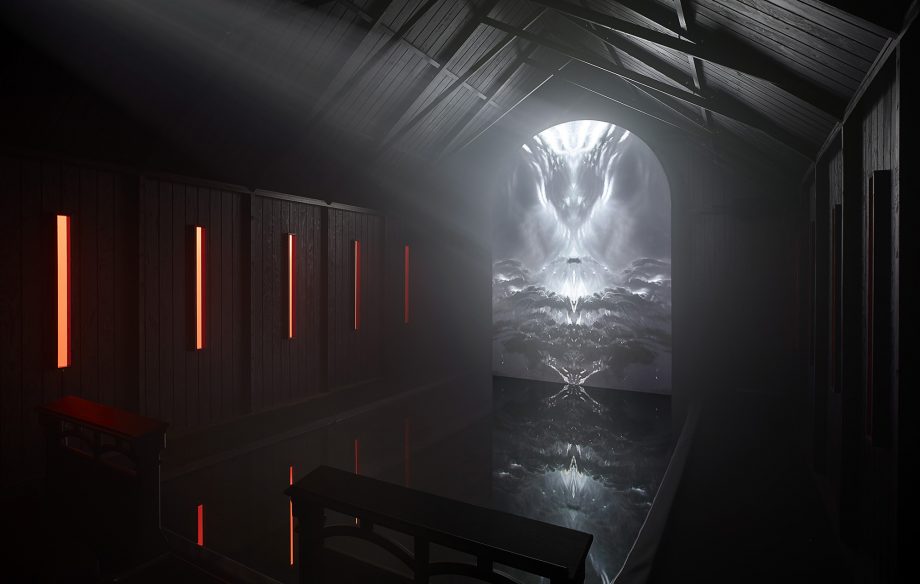 Yeah, you read it right. A walk-in album!

We’ve had the album since 1948. We’ve had the visual album since 2013. And now, thanks to creative producer Colin Nightingale, sound designer/creative director Steven Dobbie and UNKLE mainman James Lavelle, we have something brand new: an immersive album. An album you can walk into, and around, and smell and experience, watch, hear and – occasionally – touch.

Two years in the making, this groundbreaking project, Beyond The Road, interprets UNKLE’s ‘The Road: Part I’ and ‘The Road: Part II/Lost Highway’ in a walkthrough experience that occupies the top floor of London’s Saatchi Gallery. 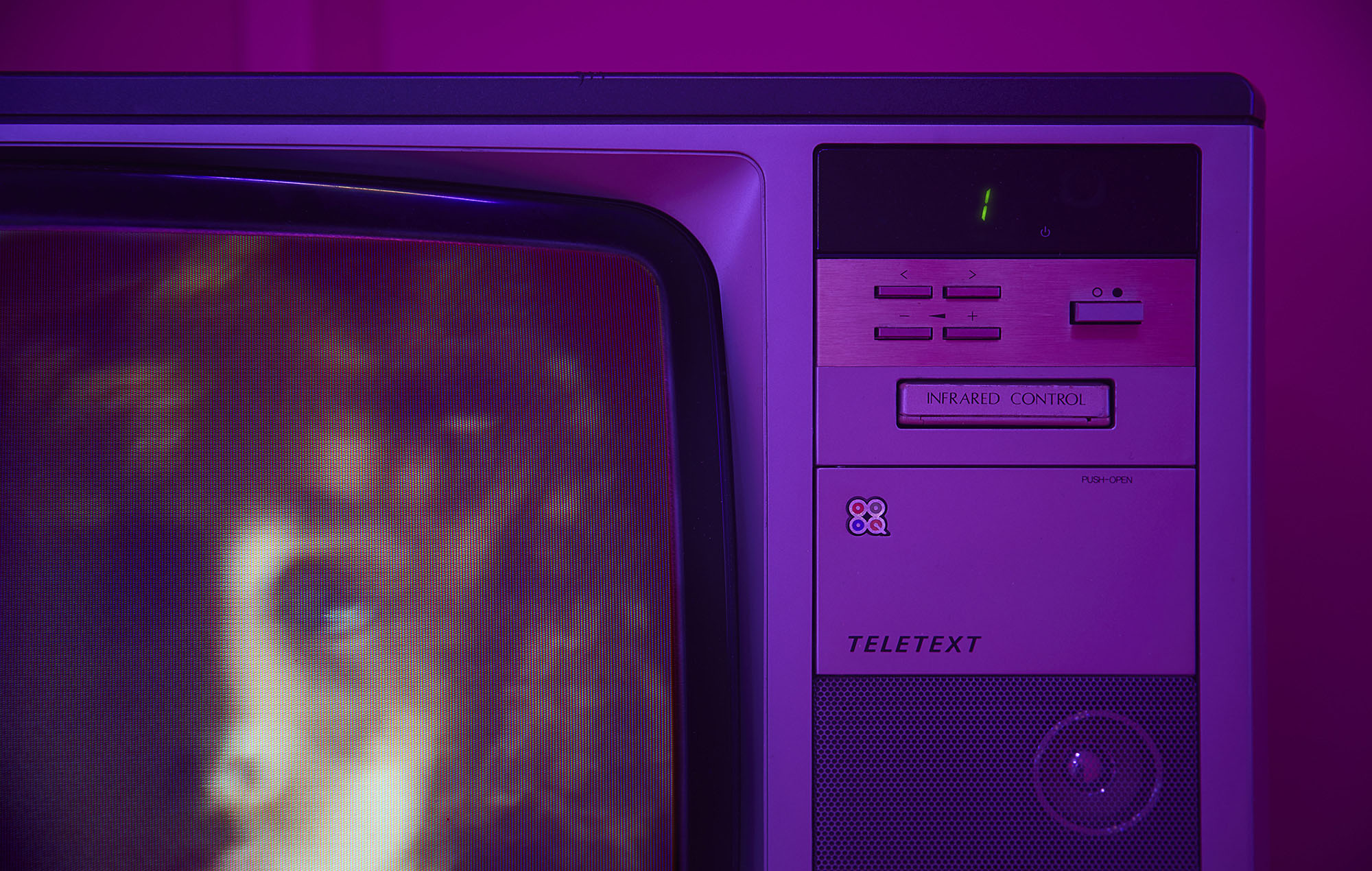 Beyond The Road at the Saatchi Gallery (Julian Abrams)

To step into it is to leave reality behind and enter a bewitching, neon-lit netherworld. Elements of the tracks from the companion albums, released in 2017 and 2019 respectively, soundtrack the journey, from trance-like, minimalist pulses to full-blown cacophonies.

Each room is a unique sensory experience, with smells, smoke, art exhibits and special effects that draw on the albums’ atmosphere, artwork and videos. There’s a chapel with a stained glass window reflecting in a still pool of water, there’s an old, graffitied phone box that sings to those brave enough to pick up the handset, and there’s a corridor leading to a prison-like dormitory on which two screens display a brutal, disturbing film that’s hard to take your eyes off, trapped, as you are, in the middle of it.

There’s a table completely covered in pink wax. There’s a bust of a humanoid head and shoulders that – unsettlingly – moves to follow you around the room. The whole experience ruminates on death and religion and love and it is, essentially, an Intagrammer’s dream, a fact made all the more delightful by the fact that you can’t use your phone in there. Influencers be damned. (UPDATE: I’ve since been informed that photography was only prohibited at the press view, so actually, journalists be damned. Snap away, kids).

Really, words can’t do the experience justice, which is exactly the point. Its makers – both alumni of Punchdrunk, the groundbreaking theatre company that arguably ushered in the boom in immersive experiences since the turn of the millennium – have delivered something truly unique: an art gallery that’s not an art gallery, a listening experience that’s a feast for all of the senses, and a space that takes you out of the real world for as long as you care to stay inside it, rewarding those who take a meandering path and retrace their steps with hitherto unseen surprises. 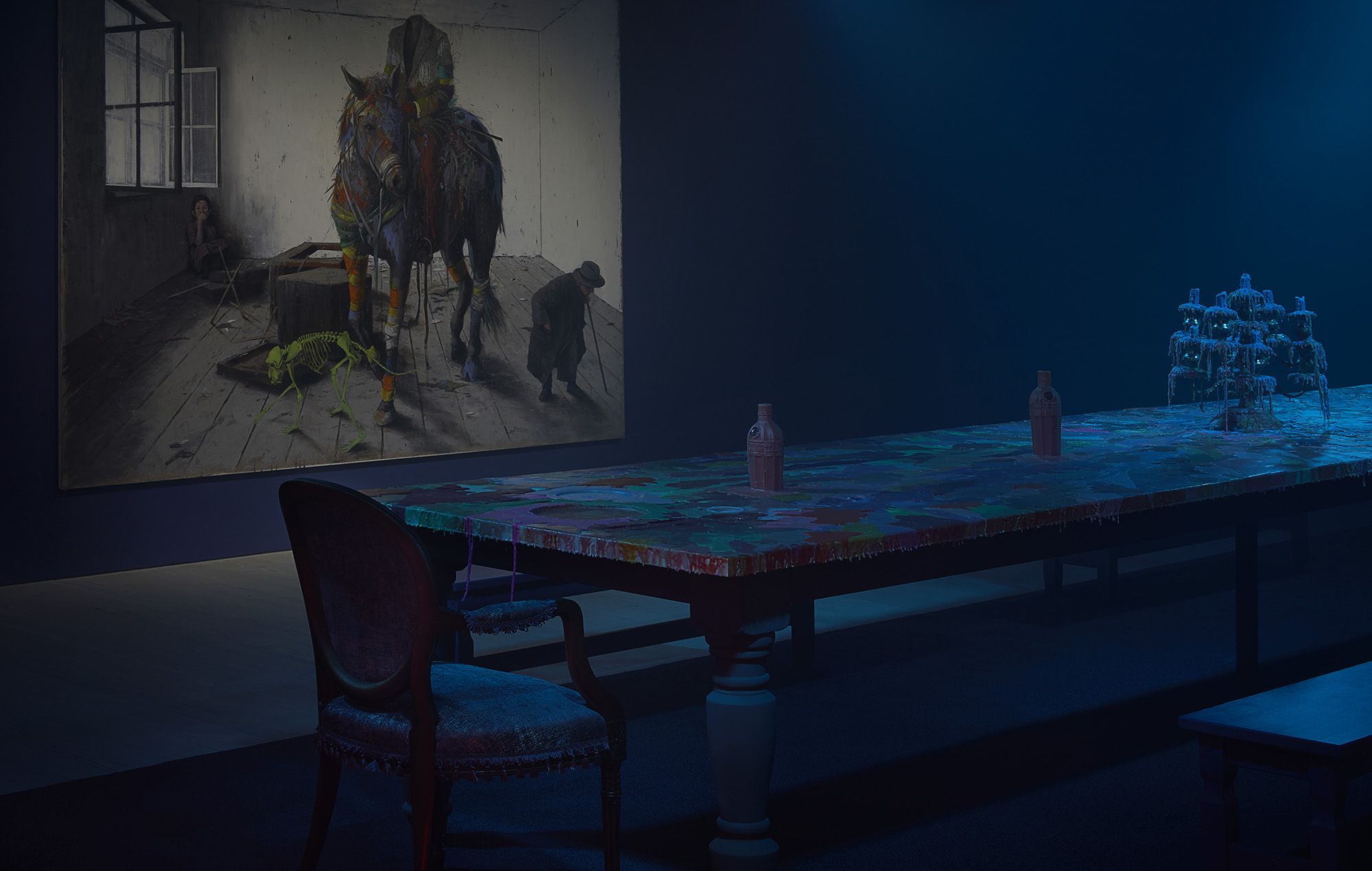 Beyond The Road at the Saatchi Gallery (Julian Abrams)

Speaking about the project with NME, Stephen Dobbie explained that, at heart, music is at the core and the aim is to have people listen to music in a brand new way – to reinvent the idea of an album in the age of the attention economy. “It’s difficult to make people engage on a deep level,” says Dobbie. “We’ve tried to create an atmosphere where people are – I don’t want to use the word forced – but encouraged to slow down and engage with what they’re listening to.”

The clever part of that is the sense of discovery. No two people will have exactly the same experience. “If you’re in a different place, you’ll hear something different,” says Dobbie. “We’re hoping people keep getting lost, and keep engaging with the music and the visuals in each room in a different way. Everyone seems to engage with it in their own way, which is amazing.”

There are, of course, some albums you mightn’t want to dive into headfirst. The Twang’s debut. Cannibal Corpse’s ‘Butchered At Birth’. Anything by Nickelback. But what Beyond The Road offers is a tantalising glimpse into a Black Mirror future of albums you become one with, whether in VR or IRL, like this. If you collect vinyl because it’s tactile, this is a leap forward. The vinyl is brick and mortar and art. The live music industry, artists, labels and – most importantly – you would be wise to check it out now.

Source: There’s an interactive UNKLE album you can walk around in London – and it’s stunning – NME

I wouldn’t want to live in Berlin. It’s bombed out and there’s a lot of techno.