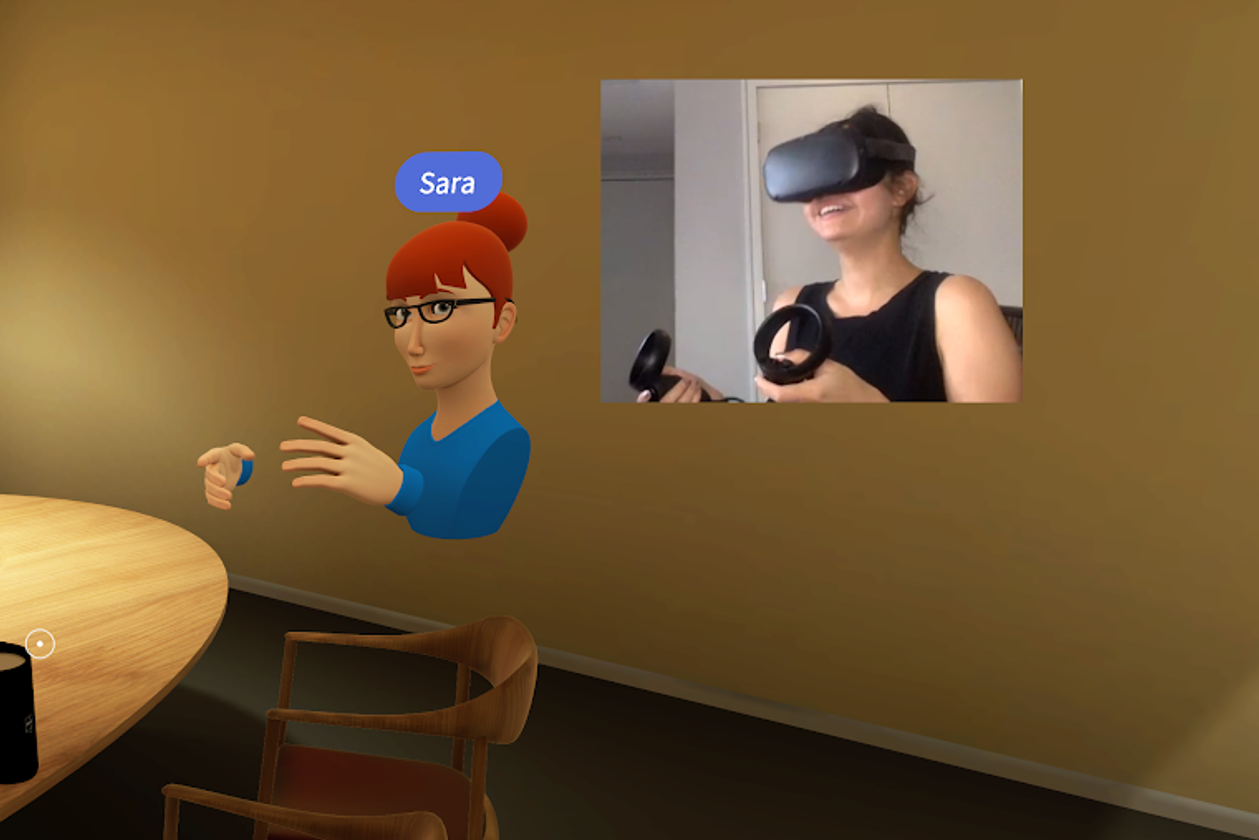 On a recent Friday afternoon, a Fidelity Investments Inc. employee was patient enough to teach me, over a video call, how to use a virtual reality headset made by Facebook Inc.

The job did, in fact, require patience. I had to stop a few times and take off the headset to keep nausea at bay. It turns out motion sickness isn’t uncommon while wearing the headset. A friend of mine in California told me the VR experience she had at a company work conference made her vomit.

Virtual reality motion sickness is likely due to something called “sensory conflict”—when what one senses in the real world doesn’t match up with what one is feeling in the virtual one.

After almost an hour, I finally figured out how to use the right buttons on the hand-held controls to log into my home Wi-Fi network, choose an avatar and navigate through the various applications to a virtual “waiting room.” I was glad to have a short break after that to regain my balance in the real world and take a nap on my couch to get past the dizziness.

A few hours later, I donned the headset again and was eventually met in the virtual world by Adam Schouela, head of emerging technology at the Fidelity Center for Applied Technology. His avatar floated in front of me and handed me a cup of coffee. I had briefly forgotten how to use the hand controls to “hold” objects, which caused a bit of uncomfortable laughter between us.

Then, Mr. Schouela asked me to “teleport” to a conference room.

I pointed the controller at the conference room, which in the virtual world seemed to be about 30 feet away, and clicked a button that allowed me to jump through space to meet him there. I could also have physically walked over in the real world, my steps duplicated in cyberspace, but there isn’t enough room in my tiny Brooklyn apartment to do that. (And frankly, I was afraid to get out of my chair with the headset on for fear of scaring my dog and tripping over anything nearby.)

When I got to the conference room, I did feel as though I was actually in a corporate office, sitting at a large table in the middle of two Fidelity employees. When one of their avatars spoke, it felt even more realistic because the sound was only coming from that area—either my right or my left.

At my request, we spent several minutes trying to get a good photo of the three of us in the virtual world. We found ourselves smiling for the photo in the real world, though that made absolutely no sense as it had no correlation to our avatars’ facial expressions.

Then, we watched a short video on quantum computing on a screen at the front of the conference room. By then my nausea had subsided, maybe because I had been wearing the headset for quite some time.

Virtual reality does a good, entertaining job of recreating some aspects of real-world interactions with other people. I felt as though I had bonded with Mr. Schouela, if only because of the sheer silliness of the experience. Like some Fidelity employees who went through a VR training in May, I was happy to escape the dullness of working day after day from my living room, and the endless video calls.

Nothing can replace a real-world chat with a colleague by the coffee machine at the office. But the virtual world could be a fun, adequate alternative—as long as it doesn’t make you too sick.