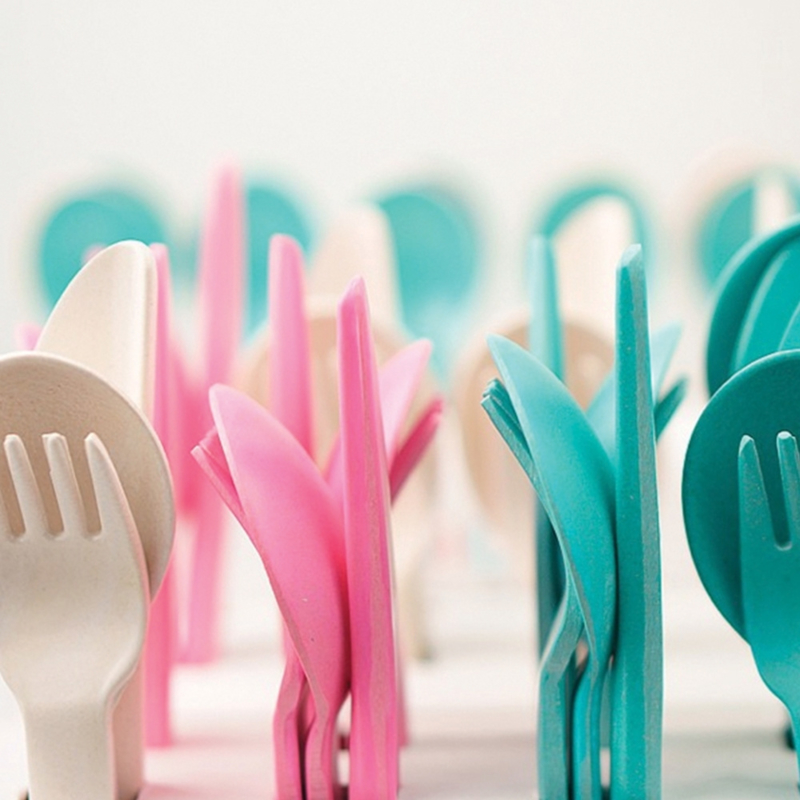 The taste of cutlery: how the taste of food is affected by the weight, size, shape, and colour of the cutlery used to eat it | Flavour | Full Text

Recent evidence has shown that changing the plateware can affect the perceived taste and flavour of food, but very little is known about visual and proprioceptive influences of cutlery on the response of consumers to the food sampled from it. In the present study, we report three experiments designed to investigate whether food tastes different when the visual and tactile properties of the plastic cutlery from which it is sampled are altered. We independently varied the weight, size, colour, and shape of cutlery. We assessed the impact of changing the sensory properties of the cutlery on participants’ ratings of the sweetness, saltiness, perceived value, and overall liking of the food tasted from it.

The results revealed that yoghurt was perceived as denser and more expensive when tasted from a lighter plastic spoon as compared to the artificially weighted spoons; the size of the spoon only interacted with the spoon-weight factor for the perceived sweetness of the yoghurt. The taste of the yoghurt was also affected by the colour of the cutlery, but these effects depended on the colour of the food as well, suggesting that colour contrast may have been responsible for the observed effects. Finally, we investigated the influence of the shape of the cutlery. The results showed that the food was rated as being saltiest when sampled from a knife rather than from a spoon, fork, or toothpick.

Taken together, these results demonstrate that the properties of the cutlery can indeed affect people’s taste perception of everyday foods, most likely when expectations regarding the cutlery or the food have been disconfirmed. We discuss these results in the context of changing environmental cues in order to modify people’s eating habits.

Source: The taste of cutlery: how the taste of food is affected by the weight, size, shape, and colour of the cutlery used to eat it | Flavour | Full Text

“Music is intended and designed for sentient beings that have hopes and purposes and emotions.”