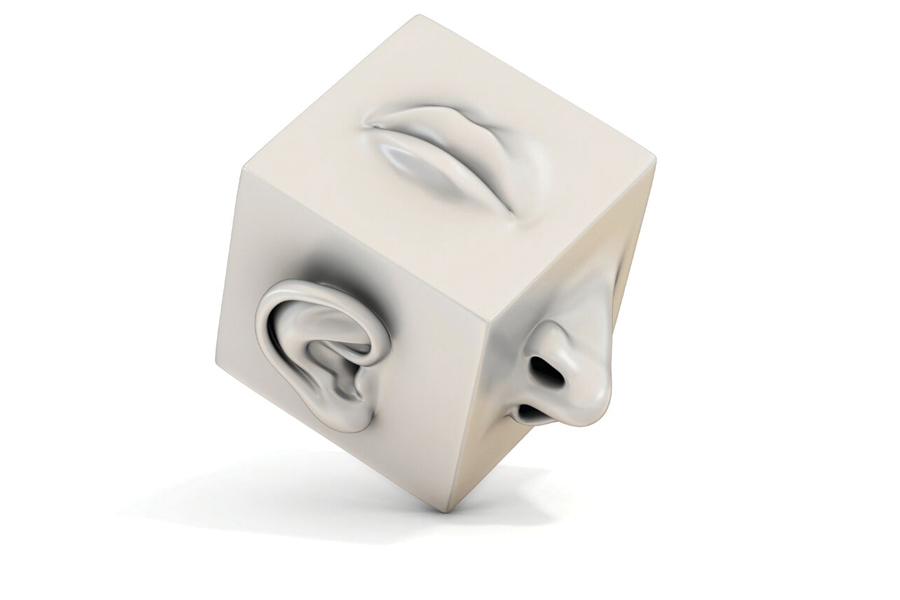 The concepts of branding have seen a colossal shift in recent times. Companies no longer create a simple brand that is evocative of the product or service sensibility, but instead wish to ensure that the brand creates a uniquely customized experience for a consumer.

Conventionally, a traditional trademark has comprised a name, phrase, logo, symbol, design, image, or a combination of these elements. However, with the newer branding tactics, a newer breed of “non-traditional” trademarks have gained prominence in recent times. Such non-traditional trademarks encompass an experience offered by brands through the senses, i.e. sight, sound, taste, touch and smell.

Ever since advertising was born, it was focused on our sight, mainly because that sense is most responsive to the environment. Statistics suggest that colour, shape and size of a product or packaging are the most important because these are the things a consumer first looks at, whether on-shelf or online.

In Australia, Mars was successful in registering the colour purple for cat food over the objections of Nestlé (Mars Australia v Société des Produits Nestlé). On the other hand, in India courts have repeatedly recognised colour combinations as protectable, whereas single colour marks have had a harder time.

The Indian Trade Marks Act, 1999, and the Indian Trade Marks Rules, 2002, refer to non-conventional trademarks. A reading of sections 2 (1) (zb) and 2 (1) (m) of the act show that the definition of “trademark” includes shapes, packaging and a combination of colours. As specified in the Indian Trademarks Practice and Procedure Manual, this is an inclusive definition including any mark, as long as the mark is capable of being represented graphically and of distinguishing the goods or services of one person from that of the others. It has been stated that colours, shapes, sounds and smells will require “special consideration” during registration and require weighty evidence to prove their distinctiveness.

According to the above-mentioned manual, “A single colour may be registerable as a trademark if it is very unusual and peculiar in a trade, and it is recognized by traders and consumers alike that it serves as a badge of origin for that class of goods … therefore, single colours will only in exceptional circumstances be capable of denoting the origin of a product or service.”

In Colgate Palmolive and Anr v AnchorHealth and Beauty Care the Delhi High Court ruled that a colour combination was a “trademark” under the act, as the act’s definition includes no exclusion and even a single colour is entitled to protection under the law of passing off.

The Delhi High Court ruled in favour of John Deere and granted a temporary injunction against the adversary who was using the green and yellow combination for tractors since John Deere has registrations for these colour combinations in India (Deere and Co and Ors v S Harcharan Singh and Ors). Even Moët Hennessy Champagne Services (MHCS) was granted protection in India to the colour trademark (yellow-orange colour mark (Pantone 137 C)) for the champagne brand Veuve Cliquot Ponsardin.

As for single colour marks, British Petroleum was unable to demonstrate that the particular shade of green in its logo was able to distinguish their products or services (Woolworths v British Petroleum). But Christian Louboutin, a luxury footwear company, was granted protection in favour of its RED SOLE, a single colour, contrary to precedent in India (Christian Louboutin Sas v Nakul Bajaj).

Apart from colours, Indian courts have also recognised shape marks and motion marks. In Ferrero SPA v MAA Distribution (India) the Delhi High Court restrained the defendants from marketing or selling chocolates or confectionery in order to protect the device, shape and distinctive wrapping of the plaintiffs’ FERRERO ROCHER mark.

Delhi High Court recognized the shape of Zippo lighters as a trademark in Zippo Manufacturing v Anil Moolchandani and Ors.

Mondelez International owns trademark registrations for the triangular 3D shape of its Toblerone chocolate bar. Toblerone bar has a very distinct shape and the same can be recognized without looking at the packaging or even at the product itself.

Indian law does not explicitly exclude “sound marks” from registration. Sound marks, in a trademark sense, are few in number. Accordingly, a trademark may consist of a sound and be represented by a series of musical notes with or without words. With respect to the graphical representation of sound marks, India has simply imported the Shield Mark doctrine. The Indian Trade Mark Registry has not sought to probe into whether representation through musical notes is intelligible to everyone, and whether it is all-encompassing.

The acceptability of a sound mark must, like words or other types of trademarks, depend upon whether the sound is, or has become, a distinctive sign; that is whether the average consumer will perceive the sound as meaning that the goods or services are exclusively associated with one undertaking. Prima facie, no sound marks will qualify for acceptance without evidence of factual distinctiveness.

Star Wars can easily be recognized by various sounds created in the movie, including Darth Vader’s epic words: “Luke, I am your father”, and the entire brand merchandising of the movie revolves around the sound altering Darth Vader masks.

In India, a paradigm shift occurred in 2008, when Yahoo! secured trademark registration for its famous and highly unique “three-note” yodel.

Registration of the Yahoo! yodel opened up India’s doors to protection being increasingly conferred upon sound marks with companies like Nokia and Allianz Aktiengesellschaft securing registrations for their distinctive and unique sound marks as well.SMELL

The expression “trademark” is defined inter alia to mean “a mark capable of being represented graphically”, and rule 2(1)(k) clarifies that “graphical representation means the representation of a trademark for goods or services in paper form”. As indicated above, the definition of trademark makes it clear that in order to constitute a trademark it should be “represented graphically” [section 2(1)(zb)]. Accordingly, since smell marks do not meet this requirement, under the Indian trademark system, they are not recognized as protectable under the Trade Marks Act, 1999.

The smell of freshly cut grass for tennis balls was registered as a European trademark; in the UK, the smell of beer (bitter ale) has been registered for dart flights and the smell of roses for tyres. An example of a registered smell trademark in the US is of a vanilla scent or fragrance when applied to office supplies, namely file folders, hanging folders, paper expanding files, etc.

Abercrombie and Fitch was the first store to monopolize the idea of using a pleasant smell in all its outlets to create brand identification among customers. Apple accessory maker TwelveSouth in the US came up with a US$24 candle that smells like the Macintosh computer.

Hasbro’s smell mark for its Play-Doh is another example of successful sensory branding. Hasbro has described its sensory branding as a unique scent formed through the combination of a sweet, slightly musky, vanilla-like fragrance with slight overtones of cherry and the natural smell of a salted, wheat-based dough.

Even in India, companies have successfully associated certain fragrances with their brands. For example, Le Meridian hotel branded itself as a hotel for guests that “seek out a new perspective and cultural discovery in their travel experience”. The first thing a person smells when they enter the hotel lobby in India is a peculiar scent of old books and parchment in a library.

In 1996, Dooney & Bourke sought to register features of its leather handbags, including their “pebble grained texture,” which in combination with other elements and evidence supported its registrations in the US.

As fashion attempted to render touch marks en vogue, Christoph Krahenmann obtained a registration for a mark containing raised braille characters, to be used on custom jewellery in the US (US Reg No. 2,058,394). More recently, the French designer Alan Mikli received a registration for clothing and eyewear bearing the mark “MIKLI” in braille.

In the Indian context, in Louis Vuitton v Malik, Louis Vuitton brought a case for violation of its “EPI STYLE” trademark and surface pattern before the Delhi High Court. The court issued an ex parte interim injunction and Anton Piller order against the defendant. According to the court’s decision, due to Louis Vuitton’s longstanding use of the EPI pattern (since the mid-1980s) and its consistent promotion of the mark, it has been a famous trademark in the eyes of the fashion industry and general customers alike.

Taste has always been an integral part of promoting and marketing everywhere around the world. This is observed in food retail stores and food products. A lot of food product companies are trying to build food products with unique taste and thus distinguish their product from other food products.

Coca-Cola deserves a special mention in this category. Not only is its taste distinct, but the world’s best kept trade secret. The world’s largest food chain, McDonald’s, have introduced food items like McAloo Tikki to pamper the taste buds of Indian consumers. Similarly, they have Wasabi burgers in Japan to suit the taste of the locals. But a Big Mac will taste exactly the same, no matter where one goes in the world.

Marketing is reinventing itself as a discipline in contemporary society and drawing on the conceptual accomplishments of the past in order to create a renewed focus on customers as individuals with human senses, and brands as images. This marketing strategy appeals to multiple senses and the efforts are multiplied, creating powerful brands with lasting consumer connections.

The economic effect of sensory marketing has been measured by Unilever’s Dove soap brand. Research consultancy Millward Brown estimates that the smell of the product contributes US$63 million of its annual US revenues, while touch accounts for US$34 million and sight US$14 million. The smell has been found to make users feel “relaxed, valued and calm”.

In view of the above, we feel there is a dire need to acquaint businesses with the unconventional, innovative and newer areas where intangibles find value, as well as the measurement and maximization of the same.