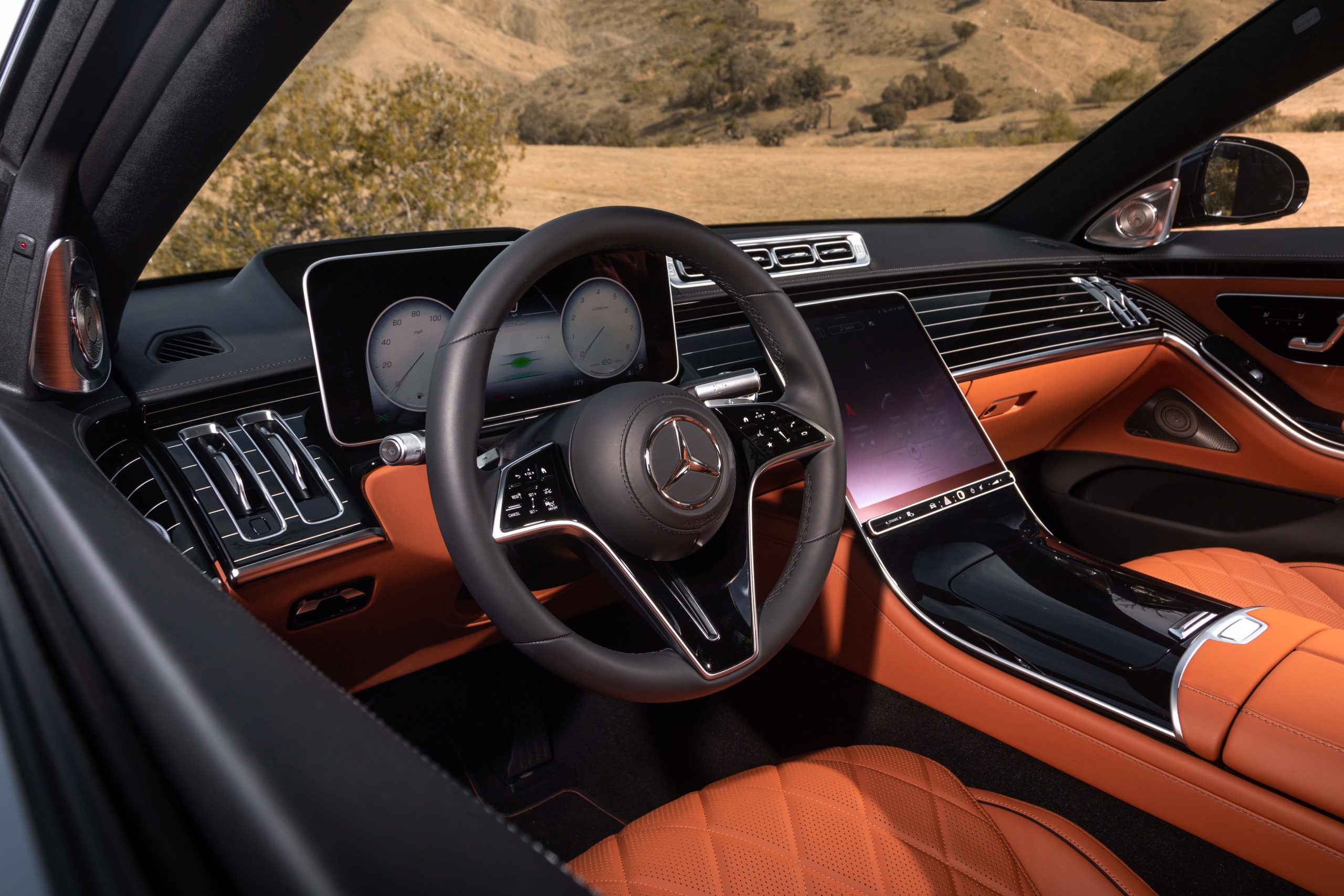 You know it when you smell it, but what is it about the new-car smell that makes us love it so much?

Sit behind the wheel and take a deep breath. Ah, that new-car smell, right? It’s a scent so desired that it comes in bottles and air fresheners, all to help drivers recapture those first few months of new-car ownership. But what exactly is traveling into our noses from all those various automotive plastics, leathers, carpets, and seat cushions, and why do we like it so much? We like it, in part, because of what it signifies.

“What’s really interesting about the smell of anything new … there’s often a sense of pride and accomplishment,” said Dawn Goldworm, who runs 12.29, a scent-based branding and marketing company in New York City. Along with her sister Samantha, Dawn Goldworm works with top fashion houses, five-star hotels, and an A-list clientele of automotive brands to help them figure out what their brands should smell like.

Their work includes creating a cologne suitable for the image and lifestyle of Lamborghini owners, developing a subtle yet seductive diffused aroma for Cadillac‘s auto-show stands, and helping Bentley design a concept car with scent infused into the vehicle’s actual build process. (At the time of writing, the details of that last example remain a closely guarded secret.)

As the qualified nose—or nez, to use the fancier French title—at 12.29, Dawn Goldworm is an expert in creating and dissecting scents as well as the impact they have on us. She says new-car smell is not far removed from the scent of other common objects and events in our lives, like opening the box to a new laptop or entering a freshly cleaned hotel room. “There’s a feeling of something shiny and new,” she said. “You have this feeling of freshness.”

While her work in the car world often revolves around luxury brands, with their heady aromas of plush leather seats and wood trim, Goldworm acknowledges more mainstream vehicles have their own scent profile, a perfume that those of us outside the Bentley dealership might be more familiar with.

The classic new-car smell is a byproduct of a chemical process known as off-gassing—a term that doesn’t sound particularly appealing. The root cause is attributable to the many plastics and adhesives used in a modern car’s interior. Goldworm said these combined materials generally emit a “gasoline-like” smell, for a relatively short period of time. That may not sound enticing, but at low levels, it still gives off that shiny scent that Goldworm was talking about.

As anyone who has ever been stuck in an elevator with a cologne-happy coworker can tell you, however, there’s a fine line between a pleasant smell and a nauseating one.

“We think long and hard about [scent],” said Eric Mayne, spokesperson for Stellantis, the global automaker comprising Fiat Chrysler Automobiles and France’s PSA Group. “We have a panel of people who monitor new car smell.” With their input, he says, odors can be “dialed back” if they come across as too strong or overpowering.

Sorina Stanciu, technical specialist of materials engineering at Stellantis’s headquarters in Holland, says the automaker’s panelists tasked with judging a vehicle’s new-car smell come from throughout the company. “To qualify as panelists,” she said, “they have to be able to rate odor by intensity and strength and to discriminate between various odors that can potentially be present in the vehicles.”

Panelists don’t have direct contact with the materials they’re judging, so that they come to the process with a clear perspective—an unbiased nose, so to speak.

A third party can also step in to inform an automaker if the smell of a new vehicle is pushing the right buttons or if it’s causing queasy owners to rapidly roll down the windows.

“One of the metrics we look at in our initial quality survey (IQS) is new-car smell,” said Brent Gruber, senior director of J.D. Power‘s global automotive study team. While new-car smell is one of approximately 200 factors involved in an IQS rating, Gruber says its role is significant. “From a consumer’s perspective,” he said, “if it’s something they don’t like [in a new vehicle], that’s a problem.”

Gruber said that J.D. Power’s consumer data collected from around the world shows large-scale cultural differences when it comes to the appreciation of new-car smell. In the United States and Japan, for example, IQS issues related to scent make up only a tiny percentage of reported problems. In China, however, last year’s IQS complaints involving new-car smell were more than 10 times higher than those recorded in the U.S.

Why is there such a dramatic difference in appreciation, or lack thereof, when it comes to new-car smell?

No matter the type of vehicle or its price, Cai said, car shoppers in China don’t like any smell in a vehicle, even if the scent is generally pleasing, like leather seats. “For Chinese consumers, the best new-car smell is no smell,” he said.

This feeling is increasingly being shared by health and automobile regulatory agencies around the world, as they work to reduce or eliminate some of the volatile organic compounds (VOCs) used in car production. VOCs can include acetaldehyde, benzene, formaldehyde, styrene, and a number of other chemicals that sound like ingredients in a pack of cigarettes, not something you want parked in your garage.

They don’t just sound scary. Odors caused by these VOCs have been found to cause physical reactions such as dizziness and shortness of breath. So, while new-car smell is a point of pride to some, it’s potentially a cause of health problems for others. Best to scent your car the old-fashioned way, by spilling French fries under the seat and forgetting about them.

Source: The Science of the New-Car Smell

At 86, I can easily look back to the last eight decades. Though memory often fails me now, so many images of the past are still clearly polished, and I can yet recall not just an abiding sense of place, but the keen smells, the sensory responses to the events of that past.