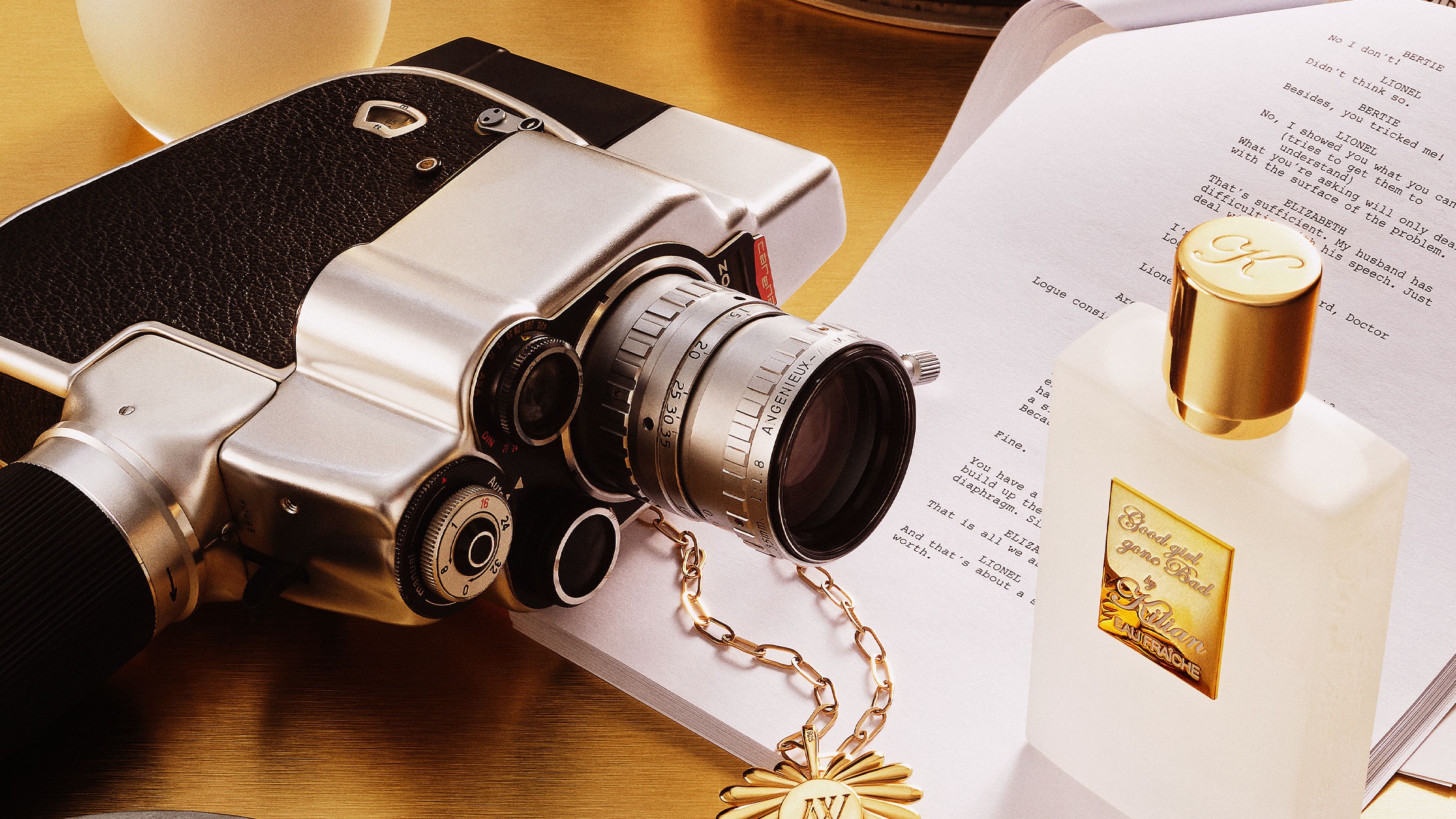 All products featured on Allure are independently selected by our editors. However, when you buy something through our retail links, we may earn an affiliate commission.

If you watch old episodes of Inside the Actors Studio, you’ll learn about the method and process that actors use to become other people. Leonardo DiCaprio slept inside an animal carcass to prepare for his role in The Revenant and Tom Holland secretly shadowed a student at a Bronx high school before filming Spider-Man: Homecoming. One thing you won’t hear about is perfume. But it has quietly become a character-development tool on sets and sound stages. Susan Sarandon, who wears a different scent for each of her movies, shared the strategy with Kirsten Dunst, who has used it too. So have Gugu Mbatha-Raw, Emma Stone, and Penélope Cruz. “It’s a wonderful secret weapon,” says Laura Linney, who has also used fragrance to get into a character’s headspace. “It just hits you in such a primal, deep place.”

To say scent is “primal” is not hyperbole. The parts of our brains responsible for memory and emotional processing evolved from a primitive olfactory cortex, and the intense connection between emotion and our sense of smell remains today. Unlike the visual or tactile cues of a costume, fragrance delivers its message immediately, with no need for contextualizing. “When I learned that fragrance could trigger receptors in our brain to change our mood, I thought it might be a tool to help me better transform,” says Eliza Taylor, who wears a different scent for each of her projects.

Jessica Chastain also relies on the technique. “My friend Fabrice Penot, the cofounder of Le Labo, helps me decide on the right one,” she has said. On the set of Terrence Malick’s The Tree of Life, Chastain wore an orange blossom scent to become Mrs. O’Brien, the human embodiment of love and grace. To play the CIA analyst Maya in Zero Dark Thirty, she went with a smoky, mysterious oud. “Celia Foote [in The Help] was Chanel No. 5. Marilyn Monroe only wore Chanel No. 5 to bed, so I thought, Oh, this is perfect,” Chastain has told Allure. (Foote bears a striking resemblance to Monroe.) “Perfume says a lot about you before you even say anything about yourself.” It’s why other actors make more literal fragrance choices: Ana de Armas also wore Monroe’s signature perfume while filming Blonde, a fictional portrayal of the troubled actor. And when Michelle Pfeiffer played the manipulative, murderous artist Ingrid Magnussen in White Oleander, she wore lilac, just like the character in the book.

Perfume can be a particularly useful tool for actors who need to toggle between characters on set. Noomi Rapace drew on seven distinct scents to help her become septuplets in the Netflix film What Happened to Monday. Margot Robbie reportedly wore perfumes from Playboy and Ed Hardy to transform into Harley Quinn and her alter ego, Dr. Harleen Quinzel, in Suicide Squad. And fragrance helped Taylor play an undercover police officer at a high school in the 2017 crime drama Thumper. “When I was playing the high school student, I used a Victoria’s Secret body spray, which reminded me of my own adolescence,” she says. “When my character was off duty, I wanted to feel more mature and powerful, so I wore Burberry for Men.” While playing two characters on the TV show The 100, Taylor says she spritzed “Tom Ford Café Rose for Josephine, who was the epitome of opulence. Café Rose always made me feel lavish, elegant, and a little bit naughty.” For her other role, she chose By Kilian Good Girl Gone Bad: “It’s very floral, but has an earthy, cedar-type undertone, which made a lot of sense for Clarke, a character who was very kind and humble, but also scrappy and would kick your ass if she had to.”

Sometimes, the transformative power of scent comes from a learned association (like a body spray reminiscent of the actor’s formative years), but often perfume’s magic is harder to explain. That’s where perfumers come in. Their job is to turn words and ideas into scent, something Azzi Glasser has done for numerous actors and clients. Director Karim Aïnouz recently called on Glasser to create fragrances for the cast of Firebrand, his upcoming psychological thriller set in Henry VIII’s court. For the villainous, gout-ridden king, played by Jude Law, she developed a sickly blend with a distinctly “human” element (blood and pus, to be specific) and rose — a floral worn by noblemen at the time. “Honestly, you wouldn’t want to smell it,” she says. For Alicia Vikander, who plays Catherine Parr, the king’s sixth and final wife, Glasser created a more palatable concoction based on English lavender.

While the scents are historically accurate to the era, Glasser says the process of developing a perfume for a film is as much about the actor as it is the period or character. “It’s very personal, the way the molecules react with skin,” she says. “It’s a mood enhancer and a powerful tool, not only to the actor but to others on set as well.” Linney discovered this on the set of the 2016 film Genius, also starring Jude Law as novelist Thomas Wolfe. “Jude had this fragrance that was so arresting — it had tobacco in it and books and alcohol,” Linney recalls. “It was very subtle, so I was like, ‘What is going on?’ My experience being around him, it was visceral.”

Linney was so impressed, she got Glasser’s info from Law and reached out to her for the 2017 Broadway play The Little Foxes. “Cynthia [Nixon] and I alternated parts for that play and they were radically different, so I asked for Azzi’s help.” For Birdie, a fragile character, Glasser created a scent reminiscent of the Old South, with magnolia and a French powder note. For Regina, a more manipulative character, it was a perfume redolent of the poisonous flowers belladonna and hemlock. Before Linney took the stage, she sprayed the scent that corresponded to the character she was playing that night. “It physically ignites you to be in the rhythm and time and place of the character,” says Linney. “It’s a ghost through your whole body.”

Source: The Perfumes Actors Wear to Get Into Character | Allure