The LADOT’s inaugural artist-in-residence has gifted a bus shelter with some truly weird, history-inspired scents. 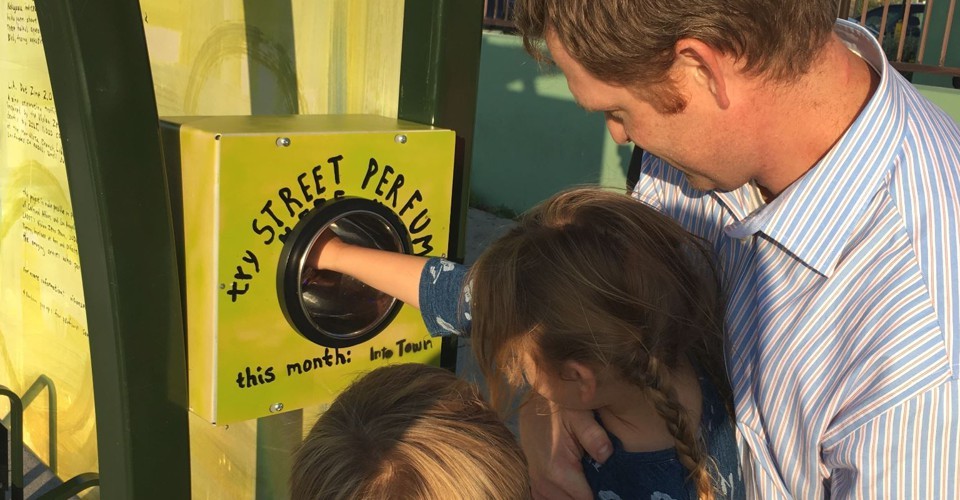 How does one describe the smells at the heart of Los Angeles?

For Alan Nakagawa, it’s sweat-drenched cowboys riding into town for some late-night carousing. It’s the energy flowing around the influx of new shops and residents, and the pleasant but ultimately unexciting monotone of California’s climate.

All of these were inspirations for scents Nakagawa whipped up in a smell lab and has been displaying since June at a Mar Vista bus stop. Commuters waiting for their ride are presented with a chrome cylinder, the inside glowing blue, labeled “Try Street Perfume.” If they’re bold enough to stick their mitts into the mystery orifice, they’re rewarded with a spritz of hyperlocal fragrance—this week’s is “Economic Development”;  “Hollywood Springtime” is next week’s offering.

Source: How One L.A. Bus Stop Became a Depot for Experimental Perfumes

The kitchen’s a laboratory, and everything that happens there has to do with science. It’s biology, chemistry, physics. Yes, there’s history. Yes, there’s artistry. Yes, to all of that. But what happened there, what actually happens to the food is all science.