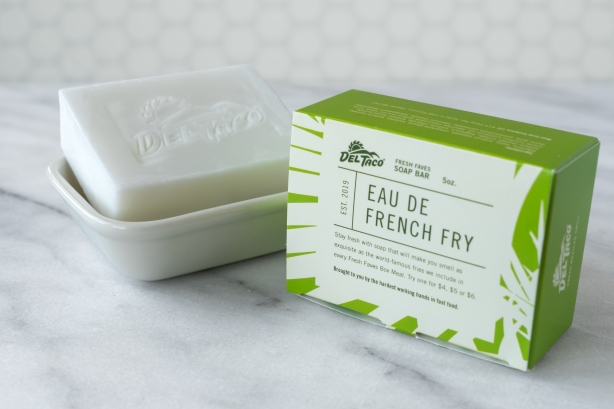 The inside story: Why Del Taco made French fry-scented soap | PR Week

Fast-food chain Del Taco, known for its crinkle-cut fries, created a French fry-scented bar of soap to promote the launch of its Fresh Faves Box Meals.

The soap, named “Eau De French Fry,” went on sale on March 11, and sold out within minutes.

Strategy
A value box meal offering is by no means a new concept. As a result, Del Taco, which serves American-style Mexican food, had to work extra hard to stand out when launching its own version. From the beginning, the brand knew it wanted to highlight its signature crinkle-cut fries and the freshness of its ingredients, which are prepped on location. The company, which is more than 50-years-old, also wanted to enter the cultural conversation in a way that felt relevant and hip, speaking to existing fans but also attracting new ones.

The first idea was to create fry-scented dryer sheets. The mechanics proved too difficult, however. The company instead settled on soap, which is at once associated with freshness and could more easily be infused with a French fry scent.

“We wanted to make sure we had something that had resonance and was sticky,” said Roger Camp, founder and chief creative officer of Camp+King.

“Del Taco has always been associated with value,” said Joshua Levitt, director at PR firm Canvas Blue. But the company wanted to elevate the franchise’s commitment to freshness in promoting its new value box meals.

The agency reached out to a number of vendors and, after receiving samples, selected a winner. The scent initially came in condensed liquid soap form, which was “overpowering,” Levitt said.

Thankfully, Del Taco was able to request a few revisions. In its final bar-form, the scent was subtler but still distinctive.

The process – from conception to launch – took less than a month. The soap went on sale March 11 on Del Taco’s website. The Fresh Faves Box Meal launched on the same day. A few days prior, Del Taco sent out a pitch, which included a description and image of the soap as well as details about its new box meal menu item, to select media outlets.

New Fresh Faves Boxes starting at just $4? Fresh. Soap that smells like our legendary Crinkle Cut Fries to celebrate the Fries that come in each of our Boxes? Even fresher! Post your Del Taco Fresh Faves Box and tag us. We’ll hook up with this limited edition goodness while supplies last. #FrySoap

On the morning of the launch, the company posted about the soap on its social channels. Within minutes, the first batch of 60 available bars had sold out.

“We announced early the following week that we would make more available,” Levitt said.

The second batch of fry-scented soaps also sold out within minutes. Very quickly, the soap began appearing for resale on eBay – with price tags as high as $100.

Results
From an earned media perspective, the campaign generated a flurry of press coverage, including 400 broadcast clips, and dozens of digital placements in cultural outlets such as USA Today, Bustle, Elite Daily, Los Angeles Magazine, and Hello Giggles.

The coverage “helped the brand break through and reach an existing and new consumer base,” Levitt said.

The campaign also generated a lot of attention on social media. Del Taco’s post announcing the soap generated a flood of positive comments.

Source: The inside story: Why Del Taco made French fry-scented soap | PR Week 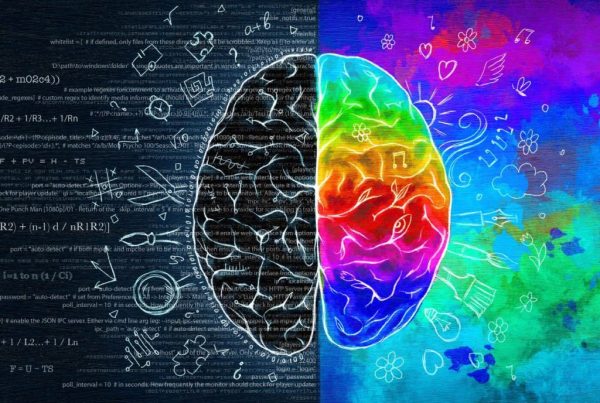