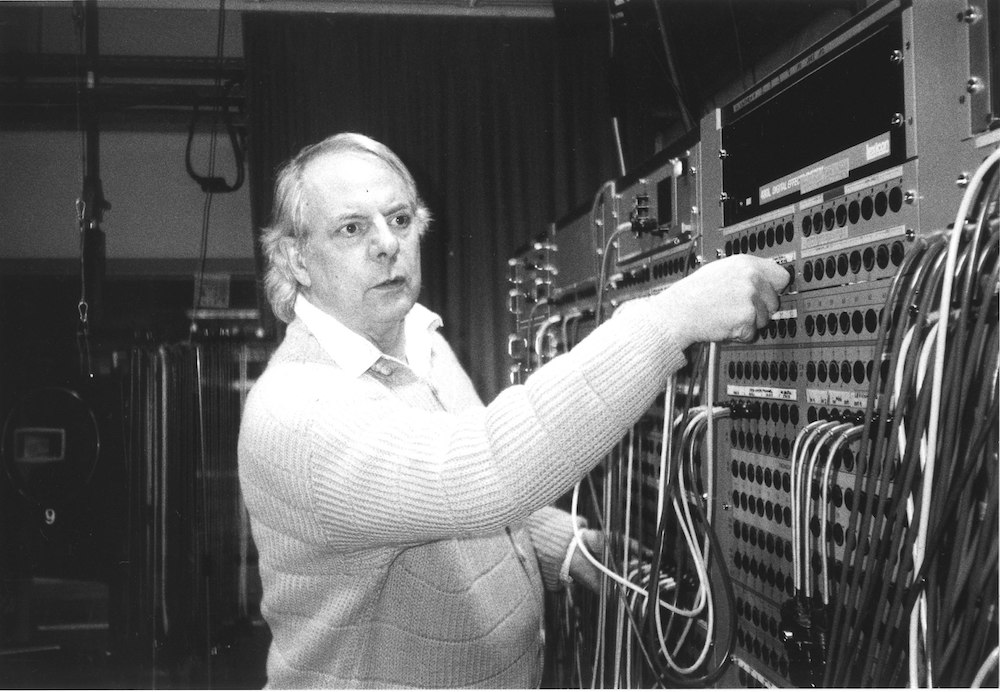 Photo of Karlheinz Stockhausen by Kathinka Pasveer via Wikimedia Commons

You may hear the phrase “electronic music” and think of superstar dubstep DJs in funny helmets at beachside celebrity parties. Alternately, you may think of the mercurial compositions of Karlheinz Stockhausen, the musique concrete of Pierre Henry, or the otherworldly experimentalism of François Bayle. If you’re in that latter camp of music nerd, then this post may bring you very glad tidings indeed. Ubuweb—that stalwart repository of all things 20th-century avant-garde—now hosts an extraordinary compilation: the 476-song History of Electronic/Electroacoustic Music, originally a 62 CD set. (Hear below Stockhausen’s “Kontact,” Henry’s “Astrologie,” and Bayles’ spare “Theatre d’Ombres” further down.)

Spanning the years 1937-2001, the collection should especially appeal to those with an avant-garde or musicological bent. In fact, the original uploader of this archive of experimental sound, Caio Barros, put these tracks online in 2009 while a student of composition at Brazil’s State University of São Paulo. Barrios’ “initiative,” as he writes at Ubuweb, “became some sort of legend” among musicophiles in the know.

And yet, Ubuweb reposts this phenomenal collection with a disclaimer: “It’s a clearly flawed selection,” they write:

There’s few women and almost no one working outside of the Western tradition (where are the Japanese? Chinese? etc.). However, as an effort, it’s admirable and contains a ton of great stuff.

Take it with a grain of salt, or perhaps use it as a provocation to curate a more intelligent, inclusive, and comprehensive selection

It’s a fair critique, though Barrios points out that the exclusions mostly have to do with “the way our society and the tradition this music represent works” (sic). And yet, as disciplinary boundaries expand all the time, and histories broaden along with them, that description no longer holds. It would be a fascinating exercise, for example, to listen to these tracks alongside the history of women in electronic music, 1938-2014 that we posted recently, for example.

Also, there’s clearly much more to electronic music than either celebrity DJs or obscure avant-garde composers. Many hundreds of popular electronic composers and musicians—like Brian Eno, Kraftwerk, Bruce Haack, or Clara Rockmore—fall somewhere in-between the worlds of pop/dance/performance and serious composition, and their contributions deserve representation alongside more experimental or classical artists.

All that said, however, there’s no reason you can’t curate your own playlist of the history of electronic music as you see it—drawing from the astounding wealth of music available free at The History of Electroacoustic Music. Or consider this collection a fully immersive course in “traditional, western avant-garde electronic music” from “the area of Europe-America,” as Barrios puts it. As that, it succeeds admirably.