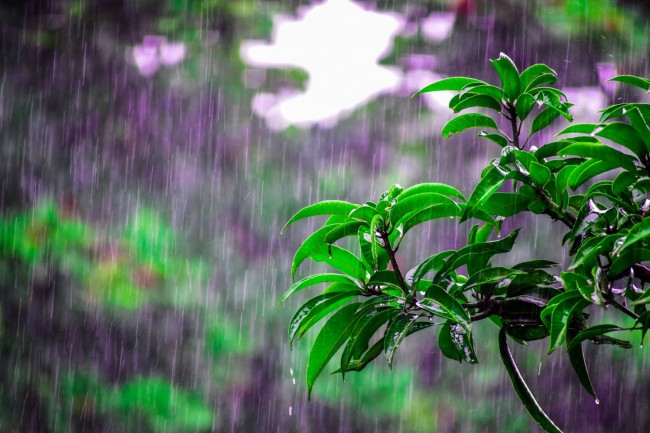 The Evolution of Rain’s Distinct Scent and Its Role in Bacterial Propagation : Environment | Nature World News

By msensory team22/04/2020No Comments
The distinct, powerful smell of new rain is not just wet dirt, but a combination of ozone, bacterial spores, and plant oils. The mixture of different odors is called petrichor.Bacteria have used geosmin, chemical compound in petrichor, to attract small arthropods for over 400 million years. (Photo : Pexels)

The distinct, powerful smell of new rain is not just wet dirt, but a combination of ozone, bacterial spores, and plant oils. The mixture of different odors is called petrichor. It contains a chemical compound called geosmin, which is responsible for the heavy damp earth aroma and must scent in the rain and attracting small arthropods. Bacteria have used geosmin to attract small arthropods for over 400 million years.

Researchers have known about this compound as early as the 1960s. Geosmin has the evocative smell of newly moist dirt, and now, scientists may have found its purpose. Bacteria have used geosmin to attract small arthropods for over 400 million years.

A lot of creatures, including people, camels, and flies, are very much attuned to the smell of geosmin. Humans do not have excellent olfactory senses, but we can detect geosmin’s signature musk with as low a concentration as 100 ppt (parts per trillion). In contrast, the sensitive olfactory blood-detection powers of a shark can only detect 1 ppm (part per million) in the water.

The bacteria which produces geosmin with its musty odor belong to the Streptomyces genus. This genus is known to produce unique chemical by-products that form the basis for several anti-fungal, anti-bacterial, and anti-cancer chemical compounds. However, each of these compounds is made by only a small number of species of Streptomyces. In contrast, out of the 500 total number of Streptomyces species known, 120 out of 122 species that researchers have studied produce geosmin.

John Innes Centre microbiologist and study co-author Mark Buttner says that the fact of those bacteria making geosmin suggests that the ability confers a selective advantage for them.

Buttner says that the bacteria occur worldwide, and geosmin accompanies their spores. He and his colleagues think it may be a signal for some insect or animal agent that helps spread the bacteria’s spores. To test this theory and detect the critters that were attracted to the geosmin scent, they set up a network made of sticky traps in an Alnarp, Sweden woodland. They baited some of the traps with Streptomyces while others had soy flour.

In the experiments, the pungent smell of geosmin, along with 2-methylisoborneol, or 2-MIB, which was released by the bacterial colonies, attracted springtails, which are small six-legged arthropods, and they arrived in droves, as reported by the researchers in the Nature Microbiology journal.

The researchers also inserted electrodes in the antennae of the springtails to confirm their reactions. True enough, their appendages twitched as they caught the waft of the chemicals. The scientists determined that their antennae could be specifically tuned to the detection of 2-MIB and geosmin.

The study suggests that the bacteria and the springtails evolved a symbiotic relationship, with Streptomyces using geosmin as the dinner bell to attract hungry springtails. The insects eat the Streptomyces, and the arthropods then spread its spores widely through their wastes. Some bacteria stick to their arthropod bodies and are also distributed by sloughing off. Buttner says it is analogous to the birds that eat certain fruits and distribute its plant’s seeds; both birds and plants benefit from the process.

According to Courtney Linder’s report in Popular Mechanics, there is also evidence that the bacteria prefer the springtails specifically to distribute their spores, because many of the compounds they produce are fatal to other insects, nematodes, and fungi, while springtails have enzymes that can cope with many of Streptomyces‘ chemical cocktails.

Buttner says that they previously believe that the spores of Streptomyces were distributed through water and wind; however, wind and water cannot do anything in the soil’s small air compartments. And so, the springtails became important in the Streptomyces‘ lifecycle. The bacteria is an important source of antibiotics.

I wanted this day, the perfect buttery sun like peach ice cream, the speed, the satin leather of the car seat, the fair. Forbidden fruit, a day like no other.