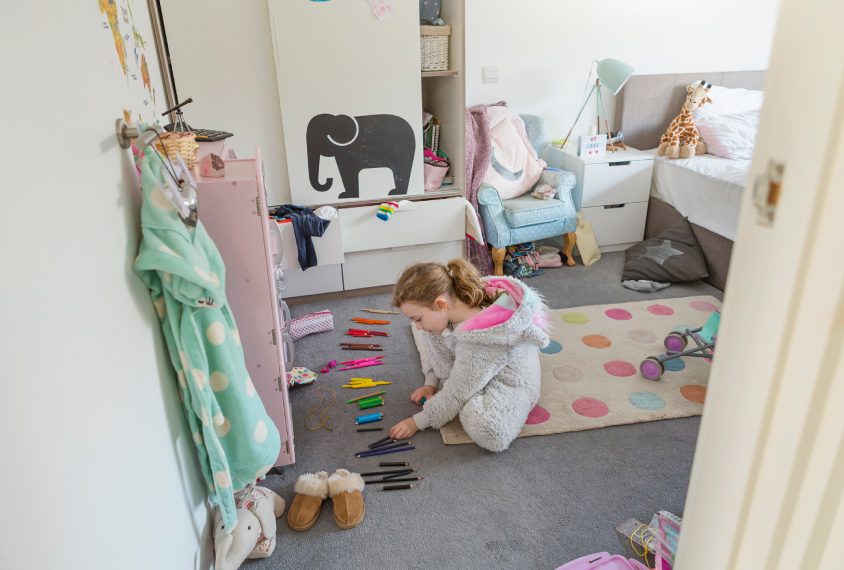 Together, the findings from two independent studies suggest that early behavioral differences may set the stage for restricted and repetitive behaviors, a core characteristic of autism also associated with other conditions of brain development.

“Addressing sleep problems might be able to improve trajectories,” says Annette Estes, director of the University of Washington Autism Center in Seattle, who led the sleep study.

Autistic children are twice as likely to have trouble sleeping as typical children. Their poor sleep has been linked to severe traits including severe repetitive and restricted behaviors.

The new study is unusual in that it links sleep problems with a subset of ‘higher-order’ restrictive and repetitive behaviors that include restricted interests, rituals or routines and an insistence on sameness.

The study involved 38 autistic children aged 2 to 6 years and 19 children with developmental delay aged 2 to 4. Parents completed a standardized questionnaire about their children’s sleep problems at age 4 — including difficulty falling asleep, short sleep duration and parasomnias such as sleepwalking and night terrors. Clinicians assessed autism traits, including repetitive behaviors, around age 2 and at two or three later points in time.

Children with sleep problems at age 4 later exhibit more higher-order repetitive behaviors than do their peers without sleep problems. They also experience a more rapid increase in these behaviors between ages 2 and 4. The work appeared in March in the Journal of Autism and Developmental Disorders.

The study shows an association between sleep and the repetitive behaviors, says Brian Boyd, associate professor of applied behavioral science at the University of Kansas, who was not involved with either study. But it is unclear whether sleep problems lead to the behaviors or the other way around — or whether an underlying factor contributes to both, he says.

Researchers looked at one possible such underlying factor, anxiety, but found that it does not help to explain the relationship between sleep and repetitive behavior.

Estes says finding a causal relationship between these traits is likely to be challenging. One possibility, supported by studies in mice, is that chronic sleep deprivation leads to rigid thinking, which could contribute to repetitive behaviors3. Studies have shown that improving sleep with medication and behavioral therapies eases the behaviors in autistic children4.

Estes and her team are scanning infant brains to examine the relationship between early sleep problems and later autism diagnosis.

Unusual sensory responses are another common autism trait. Sensory issues and sleep problems both have cascading effects on children’s cognitive performance and challenging behaviors, says Linda Watson, professor of speech and hearing sciences at the University of North Carolina at Chapel Hill. “They certainly have a large impact on adaptation and family quality of life.”

To examine how early sensory differences relate to later autism traits, Watson and her colleagues recruited 87 children at age 1 whose scores on an early screen indicated high odds of autism.

The researchers and parents assessed the children’s reactions to sensory stimuli at 14 and 23 months of age. The team met with 49 of the children when the children were between 3 and 5 and assessed 45 for signs of autism using a gold-standard diagnostic tool. They diagnosed 13 children with autism and 7 with developmental delay or another condition.

The team found that sensory underreactivity in the toddler years is associated with autism traits, including severe restricted and repetitive behaviors, at preschool ages. Sensory hyperreactivity at 14 months, as reported by parents, is specifically linked to severe repetitive behaviors in preschoolers. The work appeared in March in the Journal of Autism and Developmental Disorders.

Like the sleep study, the sensory study highlights a potential target for early intervention that might ease the severity of later traits, says Rebecca Grzadzinski, a postdoctoral researcher on Watson’s team.

To test that idea, Watson and her colleagues are working on an intervention that involves coaching parents to identify when their children are responding atypically to sensory stimuli, and to help them learn coping strategies.