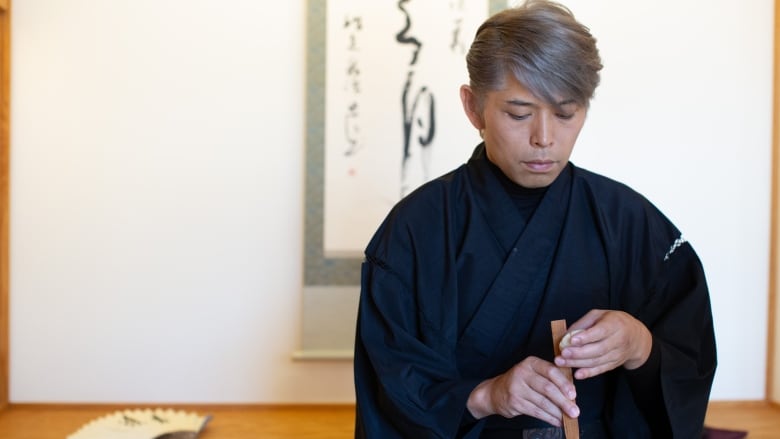 Junichi Mitsubori is a culinary rockstar in Japan, famous for his intricate dessert sculptures known as “wagashi.”

The edible art form goes back over 300 years but Mitsubori has brought it into the modern world.

“Wagashi is a traditional Japanese sweet that’s primarily associated with and used in the Japanese tea ceremony,” Mitsubori said, speaking in Japanese through translator Maiko Beare.

The creations are sculpted out of bean paste, glutinous rice and sugar — but the experience of eating the dessert is about much more than the taste.

“We have a saying in Japan that something is to be experienced with all five senses, that it is really a sensory experience — it’s not just about the taste or flavour,” Mitsubori told CBC’s Margaret Gallagher.

“It’s the same way that a tea ceremony is not just purely about the moment of drinking a bowl of tea but the entire experience.”

In many ways, he said, the experience is meant to reflect a spirit of hospitality and consideration for guests.

“[It] invites your guest through a spatial and temporal art that is not just in the object but is in … the whole space and time involved in the creation of that piece, which enriches the mind and the spirit of the person it’s being created for,” he said.

But Mitsubori said he fears the art is becoming lost in the younger generation in Japan.

“In fact, Western sweets are more popular —  cakes, cookies and so forth.” 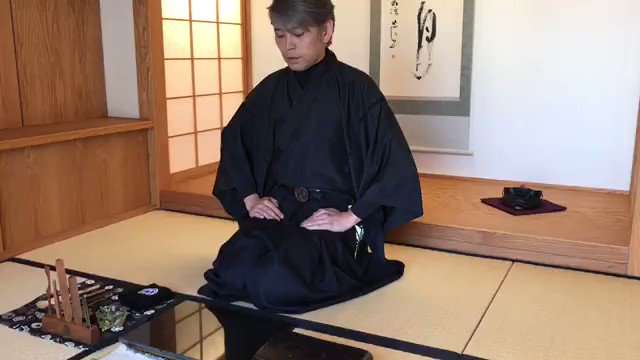 He’s from a family of wagashi creators and wanted to help revive the art.

“I really wanted to bring the pleasure of Japanese traditional sweets of wagashi into the modern day, into contemporary life,” he said.

And he’s certainly found success doing so. Mitsubori frequently appears on Japanese television, and he has a global Instagram following.

It can take anywhere from 10 minutes to more than an hour to create one of the desserts.

Mitsubori calls his performances Kado: The New Way of Wagashi.

I’ve been waiting for techno to die. I was in Germany once and this guy was telling me that techno was dead, and then he proceeded to play me techno for hours.