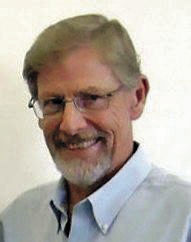 The aroma of Christ keeps away the stench | Columnists | rocketminer.com

You can’t see it, hear it, touch it, or taste it, but scent or aroma is powerful. The smell of spring is here, with buds bursting, sinuses running, and mountain wild flowers emerging. The smell of sagebrush that is producing new shoots is a signature scent for me that makes me feel at home.

For 43 times now, I have enjoyed the smells of Wyoming spring which fights with winter almost always. When the fight is on, roads can be closed in May. When spring is winning, I watch the birds carrying dried grass to their nests and I thank God that sap is rising in the aspens, cottonwoods, and willows.

Scents evoke memories in all of us that transport us back, back, back to the past, and these scents bring people to mind with unforgettable vividness. When I smell Old Spice, it is as if Dad is still alive, though the Lord took him home on May 10, 1966. Old Spice was Dad’s signature scent.

The science historian, Diane Ackerman in her book, “A Natural History of the Senses,” writes, “Our sense of smell can be extraordinarily precise, yet it’s almost impossible to describe how something smells to someone who hasn’t smelled it. …We see only where there is light enough, taste only when we put things into our mouths, touch only when we make contact with someone or something, and we hear only sounds that are loud enough to hear. But we smell always and with every breath. Cover your eyes and you will stop seeing, cover your ears and you will stop hearing, but if you cover your nose and stop smelling, you will die …

“A smell can be overwhelmingly nostalgic because it triggers powerful images and emotions before we have time to edit them. …When we give perfume to someone, we give them liquid memory. Rudyard Kipling was right: ‘Smells are surer than sights and sounds to make your heart-strings crack.’

“Before something can be tasted, it has to be dissolved in liquid. For example, hard candy has to melt in saliva; and before something can be smelled, it has to be airborne. We taste only four flavors: sweet, sour, salt, and bitter. That means that everything else we call ‘flavor’ is really ‘odor.’ And many of the foods we think we can smell we can only taste. Sugar isn’t volatile, so we don’t smell it, even though we taste it intensely. If we have a mouthful of something delicious, which we want to savor and contemplate, we exhale; this drives the air in our mouths across our olfactory receptors, so we can smell it better.”

I keep thinking of signature scents. Some of them are not pleasant. We don’t have to know what’s coming when we pass a dead skunk on the road. By memory we can smell it before the actual smell arrives.

Never shall I forget the practice of a man who lived on the north side of Chicago. He worked on the south side. He took the elevated train back and forth from home to work. Sadly, the elevated train tracks passed a slaughterhouse and a rendering plant. Now a rendering plant is a processing operation where dead animals such as cows, sheep, or pigs are recycled into products from human food to biodiesel. The remains and waste from slaughterhouses are the primary contributors to these facilities.

As the smell grew worse and worse in the train, the stranger shouted at him, “Put that cologne away or I’ll kill you.”

We laugh, but that is what believers in Jesus are — a fresh aroma of Christ. Sadly, for those who do not believe, we as believers smell badly, like a rendering plant to them. The truth is, if we get used to the smell of death and disbelief in God, the aroma of Christ is not something we desire.

For everyone of you who keep believing in Jesus, don’t quit expressing that sweet aroma of Jesus. It is the only antidote to what’s happening in our cruel and evil world. The aroma of Christ is so needed. Keep Him front and center today.

Richard Carlson is the pastor of the Rock Springs Evangelical Free Church. Of his 51-plus years in ministry, he has pastored locally for the last 42 years.

Source: The aroma of Christ keeps away the stench | Columnists | rocketminer.com