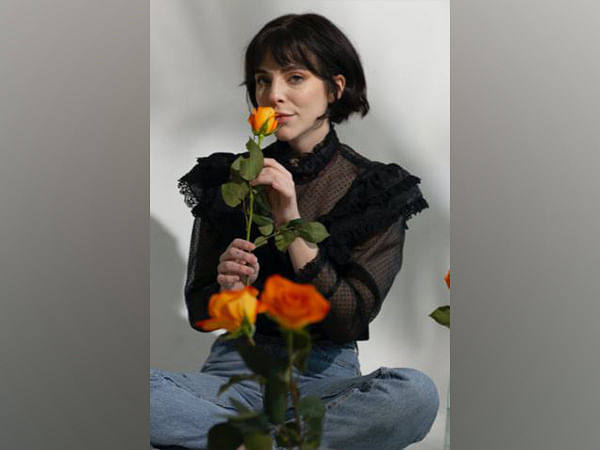 By msensory team24/04/2022No Comments
Texas [US], March 5 (ANI): Researchers from SMU (Southern Methodist University) have determined that a gene linked to feeling touch may moonlight as an olfactory gene.

The conclusion was drawn from studying a very small, transparent worm that shares many similarities with the human nervous system. The study was published in the journal, ‘Nucleic Acids Research’.

“This gene has previously been identified as a potential therapeutic target for chronic pain. Now that we know the gene is also involved in olfaction, it might present an opportunity for treating or understanding olfactory defects, such as the mysterious loss of smell that many COVID-19 patients have reported,” said SMU’s Adam D. Norris, co-author of the study.

Norris is the Floyd B. James Assistant Professor in the Department of Biological Sciences at SMU. He worked with SMU graduate students Xiaoyu Liang and Canyon Calovich-Benne, who are the lead authors of the study.

Touch is one of the human body’s most important senses, yet there is a lot we still don’t understand, Norris said.

Scientists know that when we touch something, our nervous system takes the mechanical input it gets from touch receptors in our skin and converts it into electrical signals to the brain. This is known as mechanosensation and it’s what allows the brain to tell us a variety of things about that touch, such as whether the object we touched was hot or cold or — in the case of a rose’s thorns — sharp.

But the exact mechanics of “what’s going on beneath the hood” during this electrical response to touch is poorly understood because the human nervous system is so complex.

Scientists frequently study the nervous system of the worm Caenorhabditis elegans because it is a much simpler species. This worm has 302 nerve cells in its nervous system compared to the billions of nerve cells found in the human brain, yet many of the genes that create these neurons in C. elegans have functional counterparts in humans.

“In addition to turning genes on and off, another way to control a neuron’s function is to generate different (but functionally similar) versions of a single gene called isoforms. We looked for different neurons that contain different isoforms of important genes,” Norris said. “This led us to the fundamental discovery outlined in this paper, which is that different isoforms of a single gene (mec-2) work to enable both mechanosensation and olfaction.”

Specifically, they learned that the mec-2 isoform responsible for mechanosensation requires the activity of a gene called mec-8 to be turned on, Norris explained. Neurons have the ability to express multiple genes inside of them. Those that express the mec-8 gene produce the olfactory isoform of mec-2 instead.

“Mec-8 makes sure that mec-2 is made in the mechanosensory isoform,” he said.

“Single-cell sequencing allows researchers to look at all of the genes turned on in a single cell.

“Our use of this technology allowed us to determine isoforms in single sensory neurons with unprecedented sensitivity, directly leading to these discoveries,” he said.

Now that they know mec-2’s role in the sense of smell, Norris Lab’s next step is to investigate whether a human gene called stomatin can do the same thing.

The mec-2 gene is found in worms, not humans. But stomatin is a gene produced by humans and has been proven to be highly similar to mec-2 with regard to touch sensation in humans.

If that is found to be true for smell as well, Norris said perhaps similar methods that are currently being studied to treat chronic pain could also be used to address the loss of smell for people who have had COVID-19.

Therapeutic drugs worked by identifying a molecular target that plays a role in a negative biological effect. Once that target is identified, the next step is to find a chemical key that can bind to the target and modify its behaviour, so it doesn’t create its usual negative effect. A therapeutic drug can then be created using this chemical key. In the case of the Norris team’s research, scientists want to see if they can potentially modify mec-2 in worms — and eventually possibly stomatin in humans — so they can turn certain senses up or down.

“The idea in preclinical trials is to turn down the sensitivity of mechanosensory neurons without gumming up the sensory channels themselves by instead modulating the activity of mec-2 to relieve chronic pain,” Norris said. “By doing so perhaps mec-2 can be used as a “sensory thermostat” to turn sensory activity up or down.”

Norris stressed, though, that this theory needed more research.

“Thus far experiments have been done in C. elegans and mice that agree with each other. It is natural to hypothesize that similar results will hold in humans,” he said. “But that needs to be proven.” (ANI)

This report is auto-generated from ANI news service. ThePrint holds no responsibility for its content.