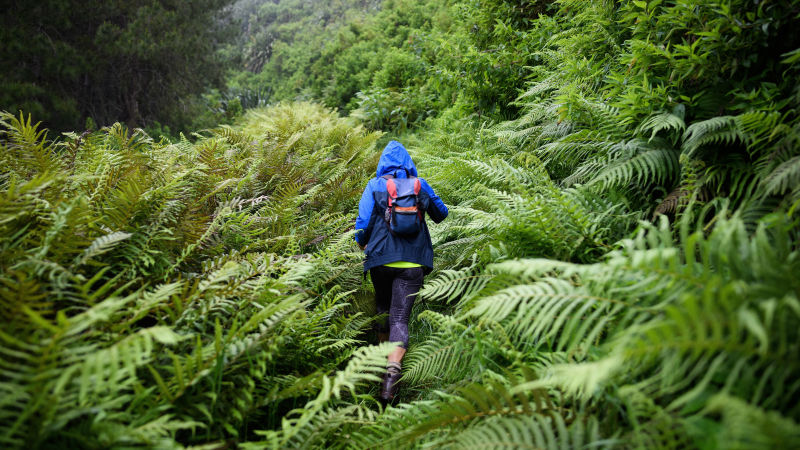 Study: Contact with nature is more than just a complex multisensory experience…it can help improve a person’s health and well-being | Gizmodo

On Thursday, a new study in Scientific Reports found just two hours a week spent in nature can help improve a person’s health and well-being. The widely-reported findings reinforce what many instinctively know: nature can be rejuvenating. But a less-publicized aspect of the study is the finding that not everyone experiences nature the same way or benefits equally.

According to the study, which surveyed 20,000 Britons, it doesn’t matter whether it’s a two-hour hike or four 30 minute reading sessions in the park for the benefits of nature to accrue. What does seem to matter, though, is your background. White Britons self-reported finding nature more restorative than non-white citizens, and while the causes aren’t entirely clear, it suggests the process of designing parks and conserving natural landscapes may need to be more inclusive so that everyone can reap the benefits.

Lots of elements factor into whether a community suffers higher rates of asthma. There’s air…

The new research uses a data collected by the Monitor of Engagement with the Natural Environment (MENE), a UK government effort to understand how people experience nature. While we’ve broadly known for a while that nature is Objectively Good for human health, the new results take a different tack by analyzing the MENE data to see if there is an optimal amount of time for people to get away from the built environment.

The survey asked people how their health was as well as how satisfied they were with life as well as how much time they spent in nature over the past week. The question provided examples of what constituted “nature” ranging from parks to woodlands to beaches. Self-reported benefits of time in nature became significant across the entire 20,000 person dataset at the 120 minutes per week mark and continued to rise until between 200-300 minutes where the health and well being benefits individuals reported plateaued.

Mathew White, a psychologist at the University of Exeter Medical School who led the study, told Earther the findings show that cities should do a better job valuing open space for these benefits.

“Currently they’re undervalued,” he said. “A park is valued extremely poorly, if at all. There’s value is protecting these places from development.”

But just as important as setting aside parkland is making sure everyone is reaping benefits from it. While white Britons surveyed reported significant benefits in health and well being when they spent 120 minutes per week in natural settings, non-white Britons didn’t report statistically significant improvements in health (though they did in well being). The reasons for the disparity aren’t immediately clear and more research is needed, but the study does offer a few ideas for what could be going on.

“Contact with nature is more than just a complex multi-sensory experience,” White and his colleagues wrote in their paper. “[T]o varying degrees personal histories and meanings, longstanding cultural practices, and a sense of place play some role in the benefits realised, factors which may account for why we did not find the same pattern for health [for] individuals not identifying as White British.”

White added that the difference between white and non-white citizens could be due to class, which is intertwined with race. Poorer people and communities of color may already be overburdened by health issues due to other environmental factors, which could mean spending time in nature affords less of a benefit.

Clearly, more work needs to be done to determine why certain groups benefit more from nature in the UK. But it isn’t an isolated phenomena. Disparities in the types of outdoor spaces available and how people of different backgrounds are treated when they visit them abound elsewhere.

A 2016 research paper interviewing African Americans found that they dealt with racism in parks and felt like their cultural history was often erased. Communities of color also tend to have less immediate access to greenspace. White also noted that the ways park space is appropriated in the UK also disproportionately favors wealthy, generally white forms of recreation like golf over others.

“There’s this huge distortion,” he said. “There’s a whole movement so that parks are more representative of [the] spatial dimension of populations that come and use them.”

Indeed, as our world becomes increasingly chaotic, noisy, and plugged in, making sure everyone has a place to take a breather for two hours will only become more important.

Source: That Study About the Health Benefits of Nature Comes With an Important Caveat

“Why would a tusk break the rules of normal development by expressing millions of sensory pathways that connect its nervous system to the frigid arctic environment? Such a finding is startling and indeed surprised all of us who discovered it.”