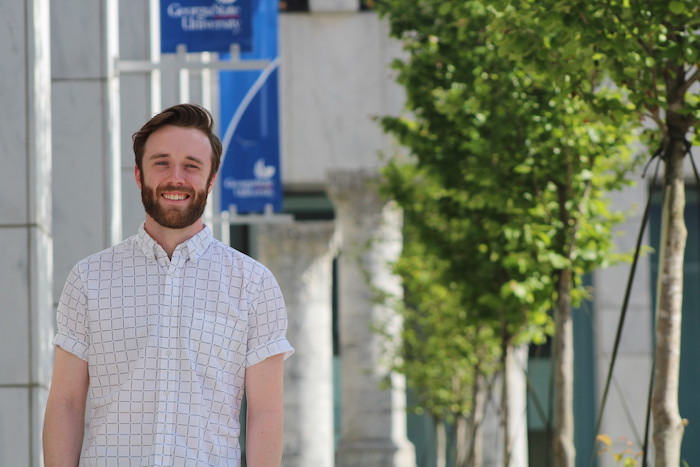 To develop one extrasensory element, Ramsey has founded startup V Air to produce a device that adds an air component to a virtual reality experience. He calls it, “the surround sound of air.”

“Whether you’re skydiving into the map on Fortnite and riding a broomstick in a game of Quidditch, we provide a nice breeze that adds that extra dimension to the VR experience,” he explains.

The concept has already converted believers. Ramsey took home the “Flying Pigs” Innovation Award at a recent pitch competition hosted by his university and the H.J. Russell Center for Innovation.

Below, the first-time entrepreneur opens up about pioneering one of the first technologies to leverage air in the VR space, its challenges and risks.

I am the founder and inventor of V Air. We have a patent pending for the system and method for creating an immersive environment through the use of air currents.

Take a rollercoaster VR simulation, for example. Unlike real life where your hair is blowing back, your hair isn’t blown back in the simulation. Our new technology would add that extra dimension to immersive technologies with air.

What inspired the idea?

I was fascinated by how the VR industry was heading in a direction where simulated digital and virtual realities are striving to be as realistic as possible. There are technologies like the subpack that can simulate a bass to add that additional dimension to music.

However, when I looked more into full body haptics — the idea of using electronic pulses to add sensation to your skin —  it didn’t seem well received. I didn’t see anything that involved adding air to the experience, so that was where the seed was planted.

What stage is V Air in now?

We currently have a non-working prototype. It’s more of a visual representation of what this could look like. The main thing we need to tackle before creating a working prototype is developing the software development kit.

We’re developing a wireframe for the software, then down the road, we’ll work on the prototype. There’s a lot of work to be done and we hope to get into the working prototype as soon as possible to have a scalable product. 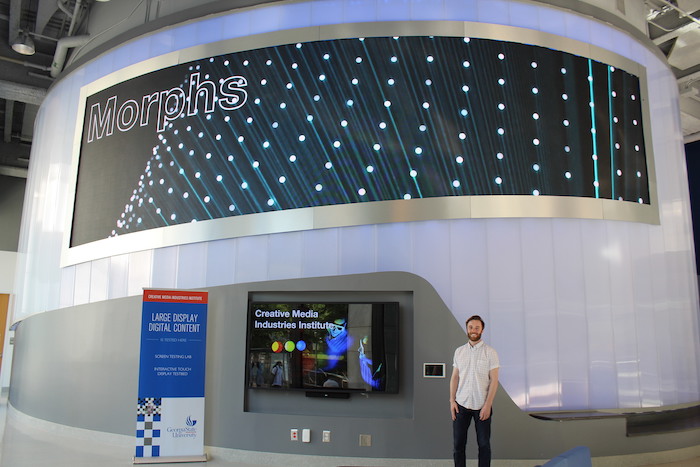 What’s the science behind this technology?

In my research, I discovered that most entertainment is audio and visual. However, this only tackles two senses.

With V Air, we hope to add that additional sense to make people feel more engaged in that immersive reality. I found that there are more sensory nerves on your skin than on your eyes or ears. We’re hoping to leverage that and create a full immersive experience.

Is V Air addressing a problem or just enhancing an experience?

I think we are addressing a problem that most people don’t even recognize. We’ve grown up with TV and radio, and we’ve settled into just thinking that we need audio and visual entertainment.

However, we all talk about that sensation of walking on a beach and feeling that breeze, or that extra level of dimension that you get at a live experience from feeling the bass thump.

It’s a problem, and we believe we’re tackling the enhancement of entertainment.

What do you believe is the future of affordability for VR? Will it remain as a luxury item?

Even in the past month, we’ve seen the announcement for the Oculus Quest that will be an all-in-one, more affordable package. Especially with Oculus being the first VR experience that I had, I’m super excited for this to be a widely-accessible technology, around the same price range as an Xbox or PlayStation. With graphics and sound seeming to hit a plateau to being as realistic as possible, I don’t really see any other way for gaming to expand other than adding more dimension to it through VR.

What will be the biggest challenge in developing this technology?

The biggest difficulty will be making this something that everybody would want to have in their home or VR event space. We want to make sure that people realize how much this can add to the experience, and we want to get people out of the comfort of only thinking that audio and visual is important to an experience like this.

Are there any competitors in this space?

There is another company specifically targeting PC gaming that provides a single air simulator, but it isn’t a full immersive experience. They aren’t trying to create an entire environment with air currents. We’re pioneering this technology and are on the lookout for any competitors or anyone else in this space, but we’re not allowing them to change our trajectory.

What advice can you offer on pitching as a pre-launch startup?

The worst thing you can do is nothing at all. If you do end up going into the competition and lose, the worst that happens is you lose — but the best thing is that you gain experience. You’re only going to get better from there.

What are your goals for the company for the next 6 months?

Making the perfect pitch would be very valuable, but right now, we’re focused on developing the software and getting a scalable product before we try to get more accolades.

What role can your hometown of Atlanta play in the VR space?

We believe that growing V Air in Atlanta will be important. With the amount of people getting involved in tech and esports here, we see Atlanta as being a good home for this.