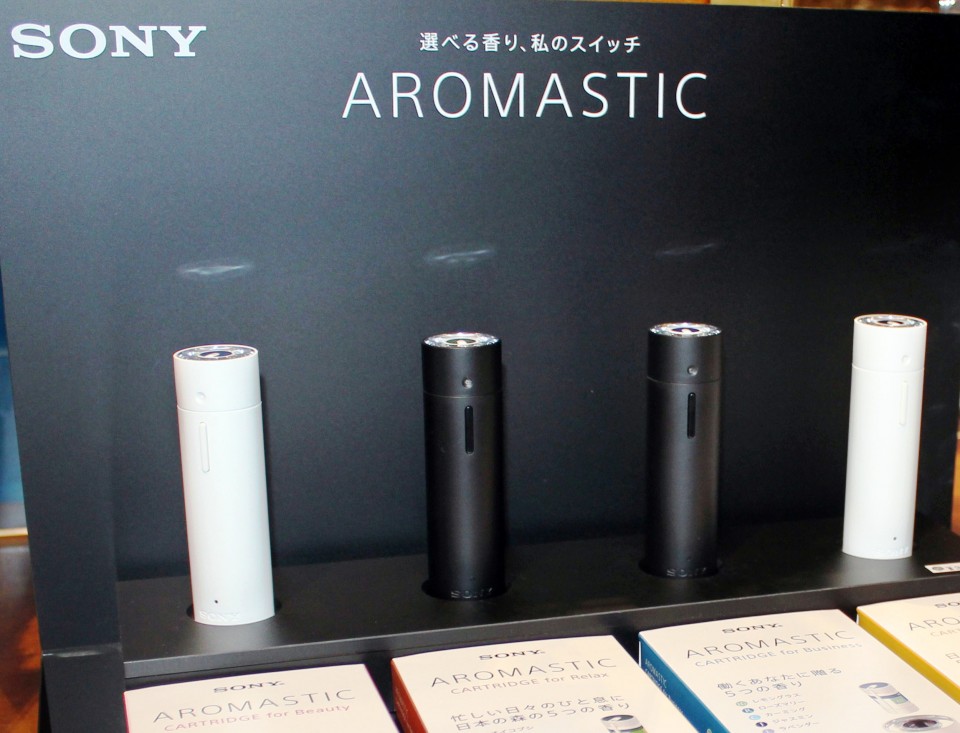 Sony Corp. has expanded its marketing channels and taken new approaches to promote a portable aroma diffuser dubbed “aromatic Walkman” it launched about a year ago.

Sony released the “Aromastic” diffuser, nicknamed after its iconic hit audio product, in October last year, with a special structure that enables users to carry their favorite scents wherever they go and savor their aromas in a way that does not offend people nearby.

The personal portable diffuser looks like a large lipstick. Cartridges for five different scents are inserted to allow users to refresh themselves with the scent of their choice.

Utilizing Sony’s ultrafine technologies for cell analysis, the diffuser can switch scents instantly and prevents them from being mixed. Rather than impacting the whole area, the device is designed to enhance just the user’s personal space, according to the company.

Unlike burning incense, the diffuser does not need fire or electricity.

Sony has not revealed sales results for the aroma diffuser, but has accelerated efforts to boost its sales volume in recent months.

In October, Sony more than halved the price of Aromastic to 4,298 yen ($38) from 9,698 yen while doubling the duration period of aroma cartridges to two months.

Last month, the company increased the number of aroma cartridge choices through collaboration with a domestic scent brand.

Users of the diffuser are often people who are not allowed to wear perfume because of their occupation, such as those in the medical profession and service industry, but want to refresh themselves at work with their favorite aroma, Sony said.

Shuji Fujita, an engineer of Sony’s team for creating new businesses that invented the product, said he is eager to discover further needs for the aroma refresher and enhance its function.

“I think the diffuser could prove effective in helping people who want to quit smoking or those engaged in palliative care,” said Fujita, a doctor of science.

For me, electronic music is the classical music of the 21st century.