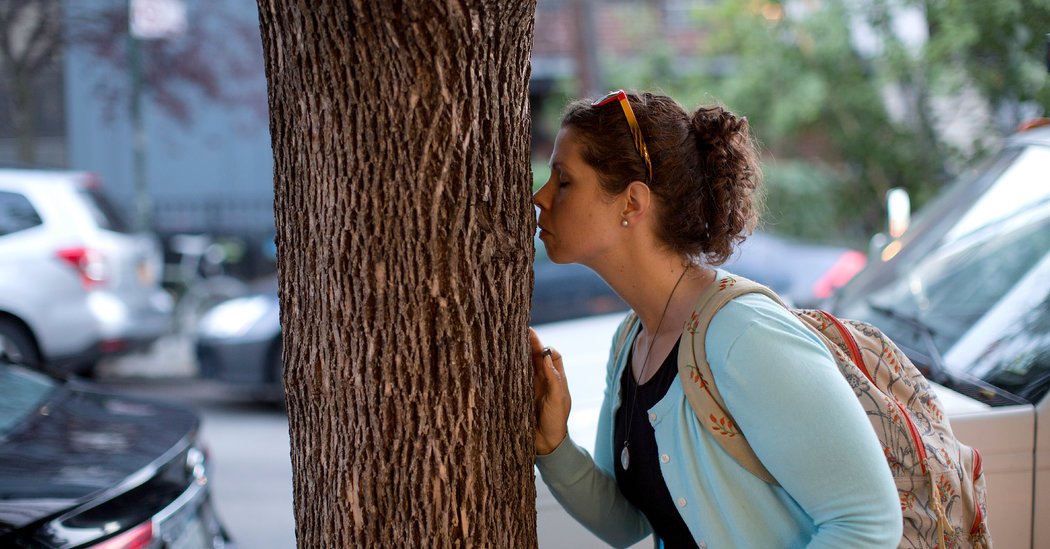 It’s on lovely days like this that we take more time than usual to stop and smell the roses.

Or the bus fumes. Or the fresh bagels. Or the construction dust. Or the deodorant of the subway passenger holding the pole above you, armpit pressed conveniently into your nostrils.

On one recent work-bound walk to the F train, I was puzzled to meet a half dozen separate smells along just one block. Garbage, which seemed peculiar on a decently clean sidewalk; skunk, which left me wondering how prevalent the animals are in the city; cookies, which nearly caused me to detour; and burned rubber, then grass, then dish soap.

The scents may come from miles away, according to Kate McLean, a Ph.D. candidate at the Royal College of Art in London, whose research has focused on mapping urban “smellscapes.” She has led smellwalks through New York, Amsterdam, Milan and other major cities to explore how they can be defined by smell, the same way we might characterize a city by the sight of its skyline or the taste of its specialty dishes. (Here’s a smellmap she created for Astor Place.

Smelly, in Ms. McLean’s terms, is “anything that smells either good or bad,” she told us. “My definition has equally positive connotations to negative ones. It’s an incredibly useful word to be able to point to the whole range of odors.”

The stroll explores both fainter, harder-to-detect smells traveling from long distances, perhaps by wind or water, and close-up smells, “the ones that might only be released on physical contact or on breaking or scratching,” Ms. McLean said.

“You need to sniff, rather than just breathe, in order to get the maximum impact,” she tells participants. “We get about 10 percent of olfactory molecules hitting our olfactory receptors if we breathe, but we can double that if we sniff more deeply.”

With each long inhale, they write a description and note a duration, intensity and association for each smell.

“It brings out how many smells there are that normally pass unnoticed,” Ms. McLean said.

She noted, not surprisingly, that some of New York City’s most distinctive smells are its subway stations and pretzel stands. But one we hadn’t heard before: a composite of fried garlic, wheat grass and tarmac.

“It’s particular to a very hot summer’s day,” Ms. McLean said. “The smell from the sidewalk, and the reflective qualities of the tarmac, and garlic — it’s very, very New York. It’s healthy living alongside the traffic alongside the heat.”