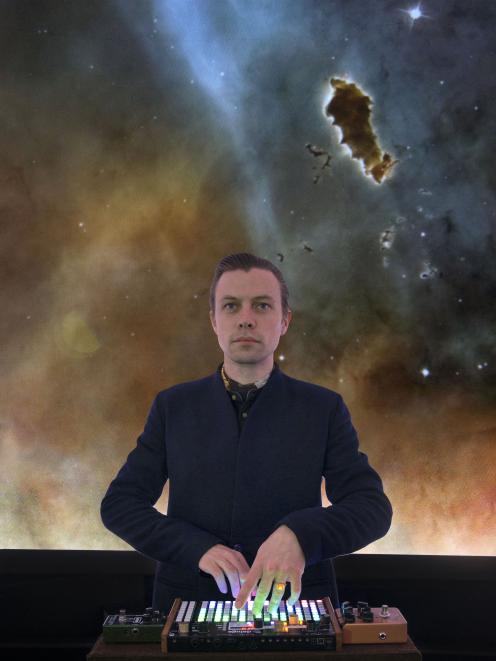 Tonnon, who grew up in Dunedin, will present a series of immersive, multi­sensory shows, backed by the 360-degree celestial experience of the planetarium.

The concept came about through a chance meeting last year between Tonnon and Otago Museum director Dr Ian Griffin, and the show has been indevelopment for several months.

‘When Ian introduced himself to me . . . and suggested I perform at the museum, little did I know that he had much more in mind than a change of venue,’’ Tonnon said.

‘‘Creating a show for the planetarium has become a full artistic and technological collaboration with the digital creative team of Oana Jones, Andrew Charlton and Nick Yeats.’’

The team had been grappling with challenges such as how to perform to people sitting at a 30-degree angle, how to use celestial bodies as stage lighting, and ‘‘which area of the known universe goes with this song?’’ he said.

‘‘What I think we’re coming to is a new way of thinking about what a 50-person live music show can be — this will be live and performative, fully immersive and multi­sensory.’’

Tonnon will present five shows, from July 12 to 15. Tickets via the museum website.

Source: Music to take you out of this world