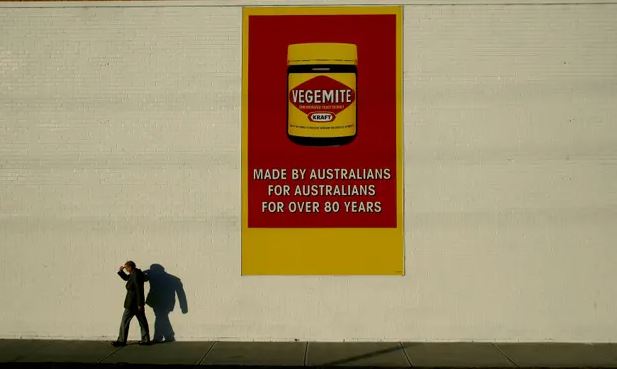 The distinctive smell of Vegemite should be acknowledged in any future development at the factory, the Melbourne deputy mayor says. Photograph: The Age/Fairfax Media/Getty Images

The distinctive smell of Vegemite wafting from a Melbourne factory has been declared of “significant” heritage value, despite previous fears the move would set a precedent that could cause planning issues.

The City of Melbourne council on Tuesday made a unanimous decision to include scent on a statement of significance for the factory – at 1 Vegemite Way in Fishermans Bend. Such a statement provides special heritage recognitions for important sites.

Last year, the council stopped short of declaring the Vegemite smell “significant” when it recognised its heritage value in a bid to ensure no “future development of Fishermans Bend” was put in jeopardy, the deputy lord mayor, Nicholas Reece, said at the time.

But during a council meeting on Tuesday night, Reece said its recognition did not mean the smell “needs to be protected”.

“But … the distinctive smell of Vegemite should be acknowledged in any future development of the site,” Reece told the meeting.

Councillor Rohan Leppert, who moved amendments to the heritage overlay for Fishermans Bend area, said the council was not “backflipping” on its previous decision about the smell.

“What we sought to do before we referred this matter to [an independent planning] panel was to reflect the smell of Vegemite in the statement of significance, acknowledging then as we do now that that doesn’t have any bearing on the future development of the place,” Leppart told the council meeting.

The move to add the smell to a statement of significance was backed by the National Trust, which said it was “familiar to generations of local residents and drivers passing by on the West Gate Freeway”.

“This is an excellent example of intangible cultural heritage, and while ephemeral, currently allows the purpose of the building to be understood, just as the signage recognised in the [current] statement of significance proclaims it is ‘the home of Vegemite’,” the National Trust had told the independent planning panel.

In February, the panel concluded: “The distinctive smell of the Vegemite manufacturing process is a significant intangible element of the site and should be referenced in both the review citation and statement of significance to appropriately reflect the importance of this element.”

The head of advocacy at the National Trust of Australia (Victoria), Felicity Watson, told Guardian Australia last year that such recognition of scents is part “of an emerging field called olfactory heritage”.

“It is really looking at the smells and fragrances that people associate with important historical places or practices, and how they can be acknowledged and recorded as meaningful to their community,” Watson said at the time.

The council has acknowledged that it could not find any examples of aroma being protected in Australia.

Internationally, however, it is an idea that is gaining traction, with Unesco World Heritage recognising the smell of perfume in the Grasse region of France as unique and significant to its heritage in 2018.

Bega Cheese, which manufactures Vegemite and owns the Fishermans Bend factory, is reportedly considering selling and leasing back the site.

There’s a bunch of different flavours of funny. It’s all about the execution of it.