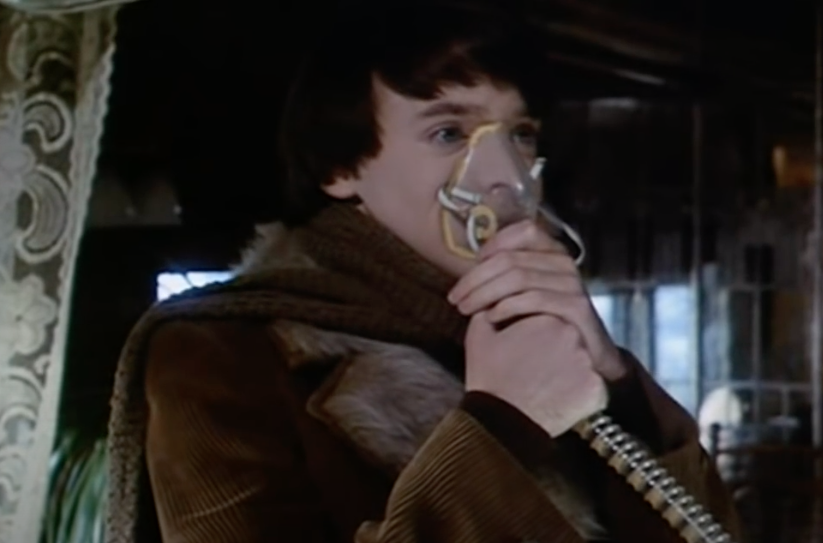 Smell-o-vision — Is it Possible? | From the Desk of the Nerd Legion – Medium

For anyone who’s watched the cult classic ‘Harold and Maude,’ you’ll likely remember the scene where Maude shows Harold her odorific machine. Maude captures specific meaningful scents and builds a machine that lets you smell all of them. Each stored set of scents is designed to conjure a particular setting or nostalgia.

“I then became infatuated with these, my odorifics. Give the nose a treat I thought, have a kind of olfactory banquet. So I began first on the easiest — roast beef, old books, mown grass and Mexican farmyard. Here’s one you’ll like, Snowfall on 42nd Street. I’ll put it on.”

The machine shows yet another fun, quirky side of Maude’s character, and it might get you wondering, is a machine that records scent possible? The answer is yes.

A precursor to the smell camera is perfume

A simple version of a captured scent is perfume, which dates all the way back to 2nd millennium BC in Mesopotamia. The world’s first chemist, a woman named Tapputi, captured scents as perfume and sold them. A long while later, in the 1790s, physician and hygienist Jean-Noel Halle would work to try recording scents. Unfortunately, he was forced to record the scents using his notebook, which isn’t that exciting.

According to science, the way you capture the scent of something is by capturing molecules that have a scent. You can save these, or combine them to create whatever scent you want. Science Friday teaches you how to capture scent in a liquid with a handy recipe (hint, get ready to boil stuff in a pan!): https://www.sciencefriday.com/educational-resources/how-to-capture-a-scent/

But the machine in Harold and Maude is a little more sophisticated than boiling stuff in a pan. As it turns out, back in the 70s Roman Kaiser began working to create technology for capturing scents. He called it “headspace capture” (now referred to as headspace technology). He used it in the 80s to capture the scent of 267 endangered plant species worldwide. He talks about this in his book “Scent of the Vanishing Flora.” Other companies patented similar technologies, among them Aromascope, Jungle Essence, NaturePrint, ScentTrek and Living Flower.

“The headspace equipment involves a hollow dome or sphere-like objects which forms an airtight seal and surrounds the objects of interest. Inert gases are passed into the space containing the object or a vacuum is established such that the odor compounds are removed from the headspace. These compounds are in turn captured using a variety of techniques, among them cold surfaces, solvent traps, and adsorbent materials, with the latter techniques capable of longer periods of collection. The samples can then be analyzed using techniques such as gas chromatography, mass spectrometry, or Carbon-13 NMR.”

Headspace capture technology is sometimes used to create new perfumes. The scent is captured, the molecules analyzed, and then synthetics are used to recreate sophisticated scents. Clive Christian of Addictive Arts uses it with his team to create scents like “wet rain on a cobbled pavement.” Semi-recently this technology was also used by Amy Radcliffe, who built a scent camera called “The Madeleine.” The Madeleine uses headspace capture technology to record snapshots of scents. The description is good, but the equipment is still a bit delicate and unwieldy. You can see it in use in this video:

You use the apparatus to record a scent, then you send it for analysis. A capsule containing the scent you wanted to save is returned to you by mail. The immediate applications for this “camera” are various kinds of marketing where you want to help cultivate a certain mood or feeling for those taking the scent in, personal memories, and possibly virtual reality (someday). Radcliffe mentions that “Our sense of smell is believed to have a direct link to our emotional memory.”

Going a bit further, this is actually backed by science. In the research study “Influence of Fragrances on Human Psychophysiological Activity: With Special Reference to Human Electroencephalographic Response,” scientists Sowndhararajan and Kim mention that the sense of smell:

“plays an important role in the physiological effects of mood, stress, and working capacity. Electrophysiological studies have revealed that various fragrances affected spontaneous brain activities and cognitive functions, which are measured by an electroencephalograph (EEG).”

Another smell camera comes from Manisha Mohan of the MIT Media Lab. Using a pneumatic pump controlled by your cellphone (when we say anything can be controlled by phone, we do mean anything I guess), you suck the smell through the pump and into a container that captures the scent for you in a gelatin capsule. Later you can play the smell and relive the associated memory, or just take in the scent.

A twist on the scent camera — the scent instrument

In Aldous Huxley’s “Brave New World,” a variation on the scent camera is provided in the form of a musical instrument called a scent organ. The organ, Huxley writes, plays:

“…a delightfully refreshing Herbal Capriccio — rippling arpeggios of thyme and lavender, of rosemary, basil, myrtle, tarragon; a series of daring modulations through the spice keys into ambergris; and a slow return through sandalwood, camphor, cedar and new mown hay (with occasional subtle touches of discord — a whiff of kidney pudding, the faintest suspicion of pig’s dung) back to the simple aromatics with which the piece began.”

In the case of the scent organ, Emilie Baltz actually did build one, which she calls “The Dream Machine.” Check it out here:

The idea is for people to interact with the instrument to experience human emotion through color, sound, and scent. This is one of the more unique real world versions of a scent camera.

While two of the most practical use cases for a smell camera are perfume or scent as part of a marketing campaign, I think we were all wondering when this article would get around to smell-o-vision. One of the funnier versions of smell-o-vision appears in The Kentucky Fried Movie, where a theater goer gets to experience a movie first hand, including charming scents like cigarette smoke blown into his face.

The Kentucky Fried Movie was released in 1977, but actual smell-o-vision happened before this. In 1939, at the New York World’s Fair, Hans Laube debuted what he called Smellovision, “a system that released scents connected to individual seats in movie theaters.” Laube believed people would be interested in being able to smell their favorite stars. While the idea didn’t catch on, producers of “The Scent of Mystery” decided to give it a try. It did not go as planned. Scents were out of sync with the film, some people did not receive the scents, resulting in people spending a lot of time making very loud sniffing sounds throughout the film.

The idea reappeared in:

But it didn’t stop there. In 2013, a team of Japanese scientists created a smell-o-vision screen! Their screen was sophisticated enough to try to make it seem that scents came from the part of the screen they appear to emanate from. The screen works by using fans to blow the scent into the right location on the screen. While smell-o-vision has not really taken off yet, as virtual reality devices become more sophisticated, it may become more popular. (Also yes, that is the way I’m going to sneak in a note about how Ray Bradbury mentions a version of smellovision / smell capture as odorophonics in ‘The Veldt’ which is a short story in his book ‘The Illustrated Man.’)

While home smell-o-vision might not be a thing now (or ever), it is starting to appear in movie theaters as part of certain movie going experiences. The title smell-o-vision sounds a little ridiculous, so it’s more likely you’ve seen it as Real D 3-D or 4DX Absolute Cinema Experience. PVR Cinemas describes the 4DX Absolute Cinema Experience as … expensive. Kidding, they don’t say that, but what they do say is:

“4DX changes the cinematic paradigm from just Watching to Experiencing. The revolutionary realistic effects stimulates all five senses with high-tech motion seats and special effects including wind, fog, lightning, bubbles, water, rain and scents, in both 2D and 3D formats. These effects work in perfect synchronicity with the action on the screen — creating the most un-miss able and exhilarating cinematic experience yet. Movies are no longer confined to the screen. 4DX draws you into the movie as if you’re living inside its world.”

So, I guess smell-o-vision is starting to become part of entertainment, and it’s working out a little better than it used to. And that’s this week’s installment. Smell ya later!

Source: Smell-o-vision — Is it Possible?. For anyone who’s watched the cult… | by Erikka Innes | From the Desk of the Nerd Legion | Oct, 2020 | Medium