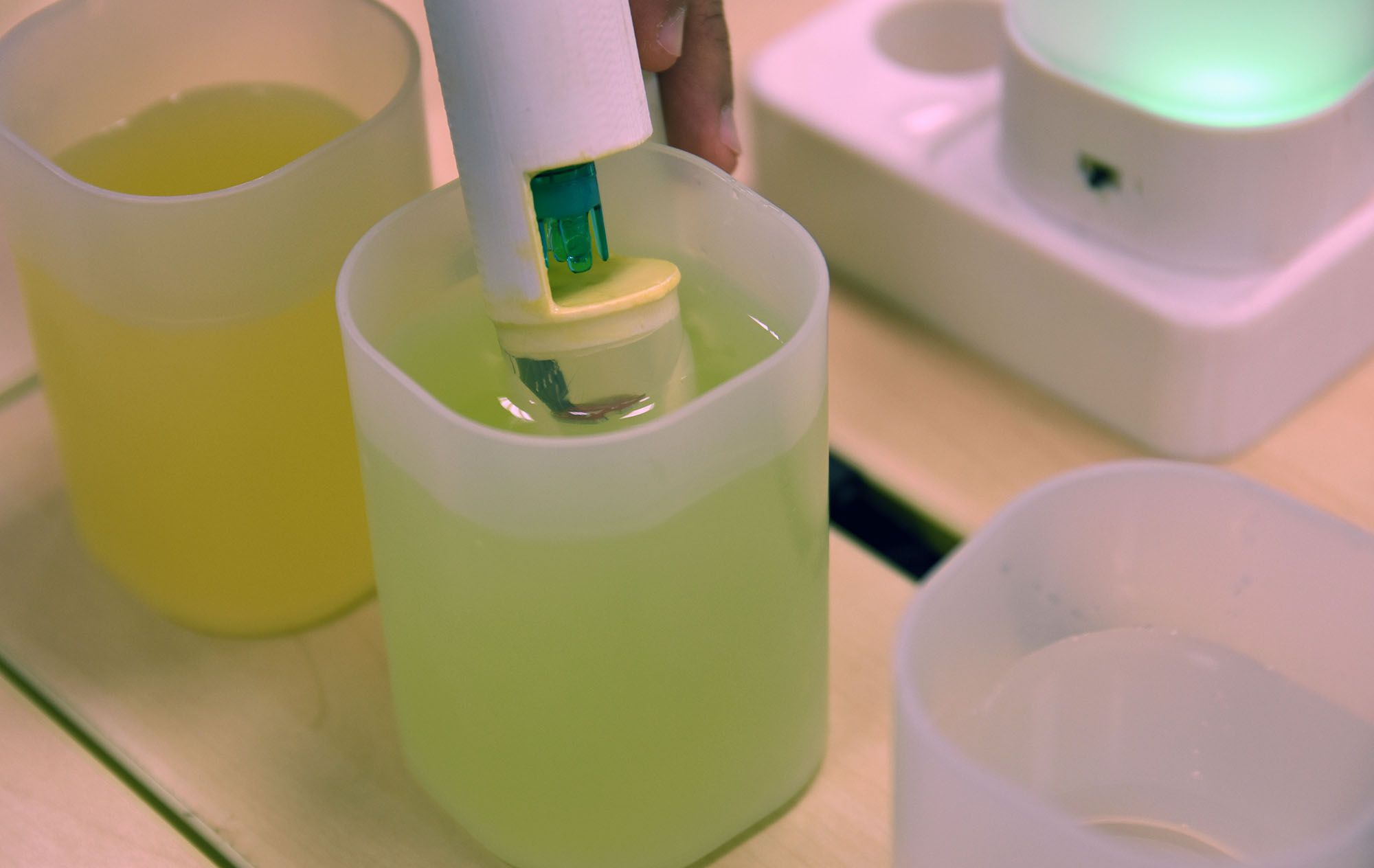 Sending taste over the web could become a thing sooner rather than later, according to researchers.

Fancy a world where you can drink something cool and instantly share it with all your friends? That could happen sooner than you think. Researchers just need to iron out the kinks.

Scientists at the Keio-NUS CUTE center — which stands for Japan’s Keio University and the National University of Singapore Connective Ubiquitous Technology for Embodiments — have figured out how to detect the taste and color of lemonade and send it over to a specially made tumbler filled with plain water.

The tumbler uses an LED light to mimic the color of the lemonade, while metal strips embedded at the top of the cup transmit the taste to your tongue while you drink the now sour-tasting water.

It’s not at the water-into-wine level just yet, in case you’re wondering.

“We chose lemonade because sourness is one of the sensations we can simulate using an electric current,” said Nimensha Ranasinghe, one of the four members of the project and a research fellow at NUS. He added that the simulations are not just limited to that taste. It’s also possible to simulate sweet, salty or bitter flavors.

The project, which the researchers began more heavily promoting in late March, isn’t just about replicating the taste. It’s also an experiment to see if it’s possible to “create new experiences like communicating with beverages or transferring of experiences remotely,” said Ranasinghe.

Using electrical currents to stimulate flavors isn’t really new. Scientists such as Ranasinghe have been working on digital tastes for a while now. And he’s not alone. There are other teams in Japan and the US also working on tricking your tongue into tasting flavors.

If we lose sight of pleasures and luxuries that intoxicate the senses in the most sensuous and beautiful and simplest of ways, then we`ve lost a lot.