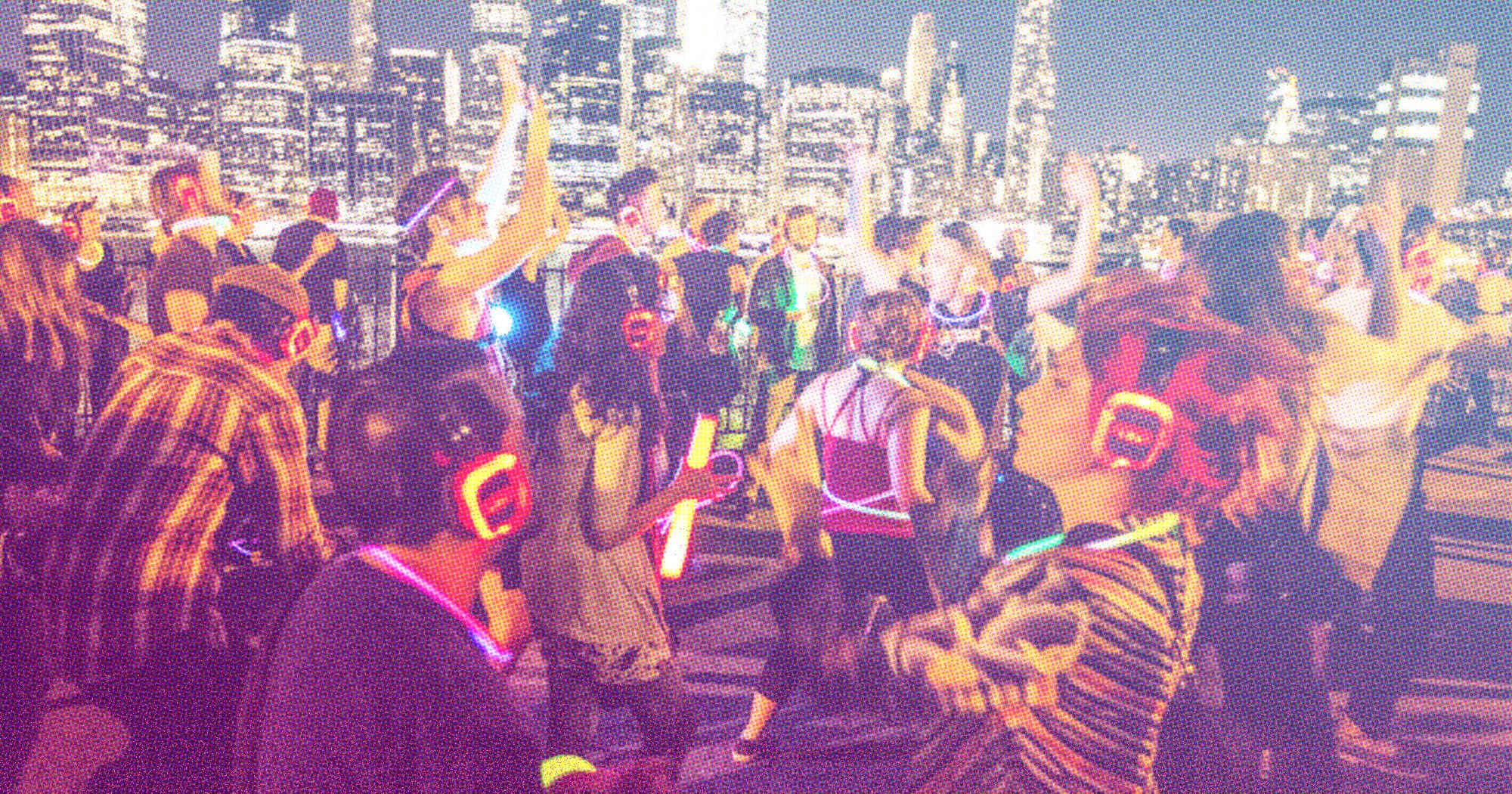 Silent Disco Parties Aren’t Just For Fun, They Can Also Help Those With Social Anxiety | Refinery29

When T.J.* put on a pair of headphones at his very first silent dance party in New York City this summer, he wasn’t entirely sure what to expect. “I never saw myself doing this,” the 25-year-old says. But after a few moments of moving to the music pounding in his ears, T.J. found himself in the midst of an epiphany. “It was unlike anything I’ve done in my life before,” he says. “I was able to totally let go.”

Despite being a performer who’s used to being in the spotlight, T.J. still didn’t know if an event like this was right for him. After all, the idea of busting out solo dance moves in public might be daunting for anyone who hasn’t experienced a silent disco before. “I wasn’t sure how people danced at events like this so I’m sure I was quite shy during the first playlist,” he says, adding quickly that he realized it was a “judgment-free zone.”
T.J. recalls dancing outside in his Harlem neighborhood, despite the fact that it was pouring rain. “Some people wore ponchos, but I was already wet from the walk so I just decided to deal with it,” he says. As he danced to Hoku’s “Perfect Day” in the downpour, he recalls feeling “silly and magical.” He continues, “Everyone was having such a good time, it didn’t matter that we were soaked.”
T.J. isn’t alone. Silent dance parties, or silent disco, have a reputation for being extremely liberating as they allow participants to connect with each other — and with themselves — in a way that’s entirely different from the typical bar or club. Despite its name, nothing is “silent” for the partygoers; attendees at these events wear headphones and dance to music only they can hear. And for some, a silent disco isn’t just a fun experiment — an alternative to regular weekend plans — it’s a creative and fun way to help manage social anxiety.
Ava, 29, who was diagnosed with social anxiety in 2014, went to her first silent dance party at a Los Angeles bar in 2016. Afterwards, she told her therapist, “You’re not going to believe this, but I went out this weekend. I actually kind of loved it. And I’m going to do it again.’” She says that silent disco is just as beneficial as some of the concrete strategies she’d been working on in therapy, such as meditation and cognitive behavioral therapy. “I’m able to be myself [at silent disco], relax and actually enjoy being around others. And, to feel like others enjoy being around me.” 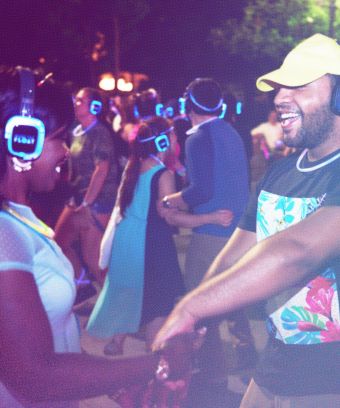 Source: Silent Disco Parties Aren’t Just For Fun, They Can Also Help Those With Social Anxiety