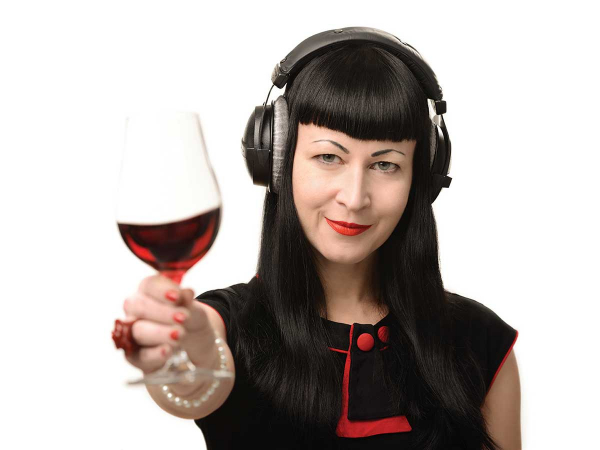 Imagine a wine as a piece of recorded music. Its maker has endeavoured to put out a well-balanced composition, envisaging this harmony will be what’s experienced by its audience.

However, after release a bootleg remix enters the market. Some heavy-handed music producer has gone and turned up its tannins, dialled down its acid, muted its fruit, and the whole thing’s become discordant. This rogue producer is the environment the wine is consumed in, whose often complex multisensory conditions have the power to remix a wine in the perception of its drinkers.

Such a radical transformation of a wine in this analogy may be a more extreme example. However, in recent years, research has increasingly demonstrated that the perception of aromas, flavours and textures of food and drink can be affected by the environments in which they are consumed. What appears to be behind many of these sometimes surprising sensory shifts is the phenomenon of crossmodal correspondences, widely shared associations that exist between different sensory features.

Studies have just started to focus on wine, investigating the influence of other modalities beyond taste and smell – conventionally considered as shaping flavour – on the experience of wine. Colours have been found to alter the judgment of flavours. Sounds have also emerged as capable of modulating the perception of wine characters, with the earliest studies of this sensory combination demonstrating a high level of agreement in the match between certain wines and specific pieces of music.

In my own recent doctoral research, I sought to tease out what sonic properties might be influencing the associations indicated in these initial wine studies and those I’d also noted. I set up a series of empirical studies with groups of people of varying expertise in wine and music, to examine the influence of a variety of sounds, musical features and compositions on ratings of a number of wine characters.

A robust association between high pitch and acidity was something already highlighted in studies outside wine. I replicated this for wine using a piece of music I designed to modulate perceptions between sweetness and sourness in an off-dry Riesling. The wine was rated as significantly crisper – and least liked – during the high pitched “sour” section of the music than when tasted in silence. It’s a correspondence echoed in wine language, an area I also investigated in my research, where crossmodal metaphors abound – shrill acidity is something many would understand.

Mouthfeel characters emerged as the most mutable under the influence of sound. In a study conducted with the University of Oxford’s Crossmodal Research Laboratory, I discovered that a low frequency pure tone significantly increased the perception of body in a Pinot Noir. In another study, I found that timbre – the distinctive tonal quality of a sound that sets one sound apart from another – affected ratings of wine texture. In both studies, aromas were also heightened.

Being an expert taster doesn’t mean you’re immune to crossmodal influence. In my studies, participants with wine expertise appeared just as susceptible as those with lower wine engagement. In fact, in a small pilot study undertaken with members of the Circle of Wine Writers, a UK-based association of professional wine critics, there was an average two-point difference between participant scores out of 20 given to the same wine when tasted in silence and with four different pieces of music. The highest average marks were awarded when the wine was tasted with the music with which it had been judged best matched.

Emotions are involved. When a wine is drunk with music perceived as a match, my studies and those of others have shown it’s often liked more. The emotion of arousal – a continuum of intensity from calming to exciting affectivity – might also have a role in crossmodal relationships. In one of my studies, the most significant sensory correspondences emerged between the piece of music and the wine whose characters were both rated the most arousing. Aesthetic emotions generated by wine can also be expanded. These are emotions felt during aesthetic experience, such as perceiving beauty, which are more often associated with encounters with art and music than wine. I demonstrated how a piece of music I had created to sensorially harmonise with a wine – using the wine and sound character mapping system I have developed – encouraged deeper and wider aesthetic engagement with that wine.

As wine is rarely drunk in silence, there are many applications for the knowledge emerging from this nascent field of research. We should certainly be wary of playing music during professional tastings. But when wine is consumed for enjoyment, appropriate sonic accompaniments can be used to guide drinkers into heightened sensory, emotional and aesthetic engagement. Where there’s the possibility of tuning the drinking environment, a sensitive remaster can be made to bring out the best in a wine.

This research was supported through an Australian Government Research Training Program Scholarship.