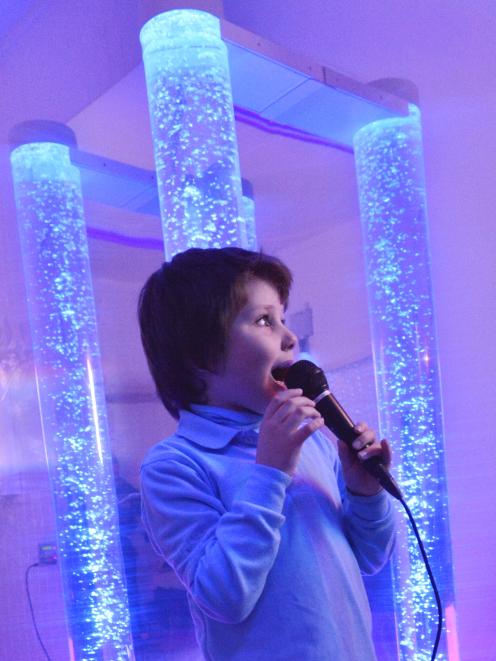 To some, Sara Cohen School’s new state-of-the-art sensory room may look like a miniature disco hall – without the loud music. But for special needs pupils like Ethan Crosbie, the selection of ultraviolet, fibre-optic and bubble tube lights and other sensory stimulants in the room is changing their lives.

Sarah Cohen School occupational therapist Jessica Barker said the 6-year-old had autism and a history of being non-speaking. ”It was difficult to elicit speech from him in the classroom. If you could, he would often just repeat what you said.

”But now he initiates communication. The change is amazing.” One of Ethan’s favourite sensory tools in the room was a microphone which was attached to a multicoloured lighting panel. When he makes noises or speaks, the panel lights up. Since the sensory room was opened two weeks ago, she said Ethan had been in there most days, and had even started singing songs by Bruno Mars.

”We were gobsmacked when we saw the change. We just couldn’t believe it. ”It’s so rewarding to be able to see them achieve these common things that we try to get in the classroom. ”We put them in this special space and they’re able to achieve those things.” She said the greatest change was Ethan was now starting to become more vocal outside the sensory room and was asking other people around him to talk.

Other sensory tools include plush carpet, scent diffusers, mirrors and vibrating cushions. Principal Matthew Tofia said the room was formerly used for storage, but the school had spent about $20,000 on transforming it. He said the room was used for a variety of activities that catered to the unique requirements of pupils with special needs. Not only was it a space that encouraged pupils to complete educational activities, it was also a safe place for pupils to practise calming and mindfulness activities.