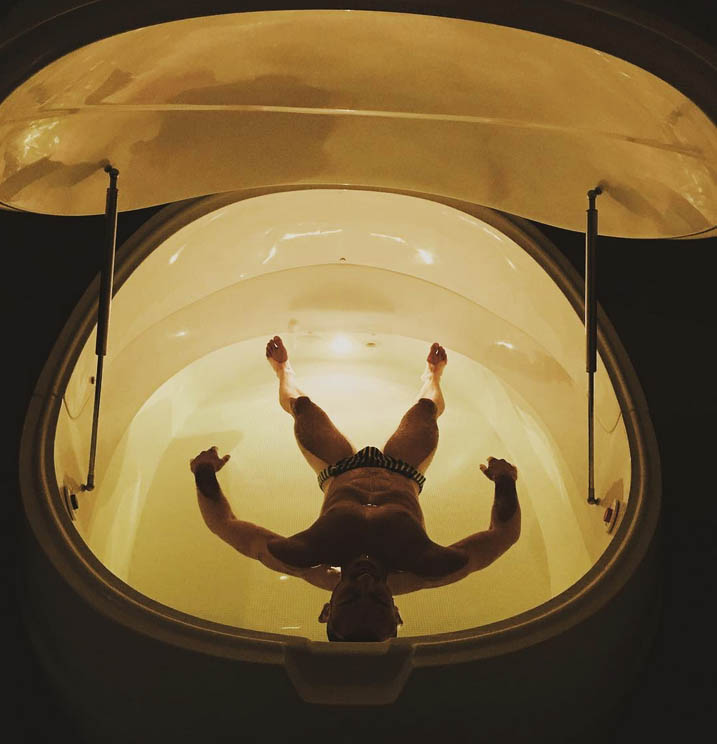 Sensory deprivation has made a comeback in a huge way across the planet with floatation tank centres popping up like mushrooms in most major cities attributed to one simple fact, floatation therapy actually works wonders on people and has proven to be more than just placebo as thought previously.

This becomes evident simply by looking at the fact that these float therapy centres are not just owned by private entities chasing after profits, but have also been integrated by medical centres and as well as sports institutions as part of their ‘objective machinery’.

If we were to examine the phenomenon more thoroughly the interest into floatation therapy started in the 80’s and stayed as a ‘placebo treatment’ for a lengthy period of time (for almost 2 decades), but constant reports from those who subjected themselves to this therapy how good they felt and how much better they were able to perform, heal, manage pain etcetera, quickly gained the attention of medical practitioners and scientific researchers who moved the entire therapy into research facilities nearly half a century after its conceptualisation by Dr John C. Lilly.

The initial outcomes of these studies revealed that there was something actually happening to people who went for floatation therapy regularly and this triggered a multitude of other studies from different perspectives but focused on specific areas. Public interest on float therapy took on a new lease in life after the popular Fear Factor host Joe Rogan personally advocated the use of sensory deprivation tanks for mental, physical and spiritual well-being. Spending about ninety minutes to two hours in these sensory deprivation tanks is now common among the urban populace.

The entire concept revolves around individuals being put into ‘float tanks’ lying on their back on a highly concentrated Epsom salt solution that has been heated to skin-temperature in a tank/compartment that is dim and also sound and scent proofed which is why the entire concept is known as sensory deprivation.

The heated Epsom salt solution not just allows the individuals to remain afloat, but it also makes it hard for the individuals mind to be able to tell apart which part of the body is above or below the solution surface (the ability to differentiate via temperature differences has been deprived).

The treatment also deprived the individuals of vision and sound meaning that these ‘sensory inputs’ gravity, sound, light and temperature which keep our brain busy are removed, leaving our brain ‘undisturbed’ by external stimuli for the brief period that subjects are in the floatation tank (the reason as to why the treatment is also commonly referred to as REST for Restricted Environmental Stimulation Therapy).

This ‘break’ that the brain is given is utilised by the human brain (at a subconscious level) to accomplish a variety of health beneficial initiatives which include improve internal chemical coordination such as improving blood flow and oxygenation levels, recalibrating blood pressure, activating production of feel good hormones such as dopamine and endorphin while clinching the production of ‘stress hormones’ and all the while letting the brain rest (deep relaxation in the delta or theta states).

This in turn advocates recovery from numerous ailments including among others reducing inflammation levels, making chronic and painful symptoms more manageable and improving sleep patterns among others which is already a great start towards managing stress and anxiety.